Clinical Kaizen at Bayer: Moving Past Spreadsheets to Unify Operations

Bayer is taking decisive steps to modernize clinical operations and move to unified digital clinical trials. Leading efforts to eliminate silos, streamline processes, and improve connections with Bayer’s research site partners around the world is site management team leader Emma Earl, a 2021 Veeva R&D Hero. Through her efforts, the company is developing a culture of continuous, incremental improvement, or what Japanese business strategists have long called Kaizen, in its clinical operations.

Earl began her career at Bayer 22 years ago, and now heads a global team that works closely with technology vendors and manages global networks of users, applying both systems and process know-how to improve operations.

Earl also manages integrated processes across systems such as Bayer’s site-monitoring system, which accounts for 30,000 reports each year, in one of Bayer’s CTMS systems. “In a non-standardized world, getting sponsor companies to do things the same way is difficult,” she says. Earl sees this as an area where modern, unified processes can add long-term value. “Shaving even 20 seconds off a process step that is used by over 1,000 employees makes a big difference. All the little steps add up," she explains.

Although the industry is moving to digital processes, clinical trials have long been synonymous with paper. With a modern eTMF and purpose-built study startup systems in place, change management is the greatest challenge facing Earl and her team. “You can give somebody the best tool in the world, but if they persist in trying to work around it, you won't realize the efficiencies it was designed to give. Trying to get people to come along with new approaches is hard work,” she says.

New tools are intuitive and have great search capabilities, she says, but their power also presents users with different choices. “Paper may have been tedious, error-prone, and time-consuming to work with, but its associated work processes were simple, well defined, and flexible. For some first-time users, ‘decision paralysis’ can set in when they have to set boundaries around work processes,” Earl notes.

In addition, the people most affected by change aren’t always on the receiving end of its benefits—at least, not initially, Earl explains. There is a need for users to see a much bigger picture. “They have to understand that they will be entering data into a system that offers more overall transparency and visibility across functions and users, and also supports multiple purposes,” she says.

As her team moves from data repositories to active data systems, it is trying to eliminate trackers, so that data are entered directly into one system. With previous legacy systems, every team had its own study SharePoint and their own spreadsheets, resulting in two or more filing systems to maintain. Many individuals are spending one to three hours a week just to update trackers, Earl says. Old habits die hard, and some will continue to use spreadsheets, even though every data point is already entered, and updated automatically, in the new system.

“Until we can get teams to relinquish control of those trackers, some users may see the new systems as requiring more time, when they actually save time,” she says. At this point, Bayer’s first clinical trials using an advanced study startup system just completed first patient enrollment, so it is too early to have any success metrics to share yet. Earl expects to start seeing benefits once more people become accustomed to working with the new tools.

To help with change management, the team sends employees updates via newsletters and a SharePoint system, as well as through change ambassadors and specialists. “The information is there, but the bigger task is to move people to it,” she explains. “Study startup is especially complicated, particularly when the concept of trial milestones are new to all. ‘Expected documents’ was a term that many of them had never heard until last year,” says Earl.

But change management also affects users outside Bayer. With Veeva Vault SiteConnect, for example, timing implementation at research sites is a major challenge. “Site study teams are under intense pressure to start up studies as quickly as possible, and it complicates processes when you introduce new technology at this point,” Earl says. Finding the optimal timing to increase site engagement is challenging. If following study-specific outreach, then engaging sites too soon and before selection is not ideal, as it can give a false impression of successful site selection.

Nevertheless, Earl sees the use of flexible site connectors as a major improvement over traditional sponsor portals, which are complex and may require multiple integrations. Besides, some research sites simply refuse to use anything branded as a portal, while others want to use their own electronic Investigative Site Files. “Making technology the site’s choice is important,” Earl says.

Bayer is still on a learning curve with its digital technologies, but Earl expects them to aid standardization, boost efficiency, and show sponsor consistency, which is important to sites. She also sees standardization improving the speed and quality of trials, for instance, by allowing trial documents to be reused for similar studies to prevent teams from having to reinvent the wheel. Earl’s next goal is incorporating more visibility into its new business tools so that decisions become increasingly data driven.

Connecting with regulatory and safety

Looking ahead, Earl and her team are working on establishing stronger connections between clinical operations and Bayer’s regulatory and pharmacovigilance operations.

“Cross-functional communications have led to some tough conversations and questions, such as ‘Where should that document live, and who does it belong to?’ but we’re able to work those issues out together, to find the best path forward, and think of the overall impact, rather than each team focusing on [maintaining] control,” she comments.

“Getting users to see the big picture is a work-in-progress,” Earl says. Day by day, her team’s efforts are establishing the foundations needed for more efficient clinical operations, as they convince more users, inside and outside the company, of the benefits and the need for change. 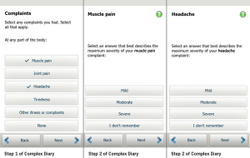