Organized by country and topic area, the site also allows users to compare the requirements of two countries side-by-side.

The National Institute of Allergy and Infectious Diseases (NIAID), a component of the National Institutes of Health (NIH), has launched ClinRegs a public website designed to help clinical researchers navigate country-specific regulatory information as they plan and implement clinical trials. Organized by country and topic area, the site also allows users to compare the requirements of two countries side-by-side.

Jonathan M. Kagan, PhD, Assistant Director for Special Projects, Division of Clinical Research, NIAID, told Applied Clinical Trials that the website was conceived after discussions with investigators receiving NIAID grants. “The majority of grants in our area are in HIV, TB and malaria,” said Kagan. “The investigators were spending a lot time to learn the regulations of these regions or they were paying a CRO with their grant dollars for that information. And they are doing it over and over again, with each trial and no re-use.” NIAIDs went and created this site to help their investigators, but realized that others could benefit from this information.

Right now, maintaining the currency of the information is the most challenging part of the website. NIAID plans to review regulations for each country on a regular basis-approximately once per year-and more often if it learns of major regulatory changes. “For wealthier, larger countries, where bureaucracy is slow to change regulation, it’s not as difficult,” noted Kagan. “But India is changing constantly right now.”

Because the quality of the content is Kagan’s highest priority, currently the investigators are providing their updates for the site. However, Kagan hopes in the near future that they will be able to include input from users. Not exactly like Wikipedia, where people can go in and change information themselves, but a group of expert users that can send in information and have it updated.

NIAID strives to make ClinRegs a useful resource for and the clinical research community and welcomes comments, insights, and suggestions via its feedback survey on the website.

“By getting more people to be the eyes and ears for us to update and correct the information, that is the goal,” explained Kagan. “And in that way, the site will become a community. If we do it right, we can engage to help the site be as good as it can be.” 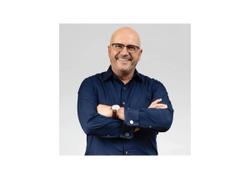