The European Parliament's Pediatric Regulation has seen its first approval for a centrally authorized drug to be used in children.

The pediatric population is known to be an underresearched area within the clinical trials industry, and the European Parliament—through its Pediatric Regulation published in December 2006—has made its first recommendation since the law has passed, for a centrally authorized medicine to be used in children.

Since the European Parliament has aimed its efforts at relieving the deficiency in pediatric research, 293 validated Pediatric Investigation Plans (PIPs) and waiver applications have been submitted, with 227 of them received in the first half of 2008.

"The EMEA, PDCO, and applicants are working together to achieve a concept that was only very rough and ready at the beginning. The basis of the entire Regulation is dialogue, and this seems to me to be a very good way to proceed," explained Francis Crawley, Executive Director of Good Clinical Practice Alliance in Europe and an Applied Clinical Trials Editorial Advisory Board member.

The Regulation entails that a PIP—a development plan for medicines to be tested within the pediatric population, covering ages 0 to 17—is to be submitted to PDCO for approval or refusal at the time of marketing authorization application, deferral of studies or waiver of development.

Waivers are granted when drugs may be ineffective or unsafe in the pediatric population; if the drug treats conditions that occur only in adults; and if it doesn't represent a signi-ficant therapeutic benefit over existing treatments for pediatric patients.

"Certainly a major impetus for this legislation was to make the EU more competitive vis-a-vis the U.S.," noted Crawley. "Europe's approach, however, is somewhat different. This is reflected by the PIP, which is a requirement for all medicines under investigation."

The process set out by the Regulation begins with PDCO accepting or refusing a PIP. Once a plan is accepted the drug then moves into the assessment phase, in which research of the medicine is initiated within the pediatric community.

When debating approval of a PIP, "we look at the adult age, safety of class, and when it is a new class we are very cautious," Agnes Saint Raymond, MD, Head of Sector, Scientific Advice and Orphan Drugs, EMEA, explained.

"A PIP should ensure that medicines useful in the treatment of children will be studied in children in an appropriate manner and at an appropriate time during the development of the medicine (in adults)," Crawley added.

PIPs are legally binding for sponsors wanting to develop drugs for use in the EU. "If [sponsors] haven't agreed to a PIP and aren't doing what is required they'll be blocked completely," Saint Raymond noted. They can also be fined for not complying.

"CROs are very happy about the Regulation because they keep having more topics to study. Academics are quite favorable because pediatrics have been asking for data for a long time. And pharma is not so happy to be obliged," noted Saint Raymond. "Industry wants less to do. But, we want the right thing for children."

Though the requirement entails more work on behalf of industry, an incentive of a six-month patent extension or two-years for orphan drugs is offered.

In any new system it is difficult to foresee all glitches that may arise. But precautions have been taken to avoid such occurrences. "We decided to ask slightly different questions to companies...So, if one company fails we still have important information from others," Saint Raymond said.

"It's an ambitious piece of legislation and I am personally quite happy to be working with it."—Marissa Shapiro 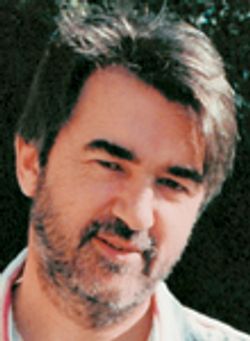