Importance of Diversity in Parkinson’s Research

The Michael J. Fox Foundation for Parkinson’s Research (MJFF) aims to speed clinical research by removing obstacles that stand in the way of drug development. In pursuit of this mission, the Foundation gathers insights from a wide range of stakeholders and uses these perspectives to enhance clinical trial processes from start to finish. In Applied Clinical Trials’ Eye on Patient Advocacy series, we will share best practices and lessons learned from the field of Parkinson’s research that can be applied to clinical trials across disease states. In our latest column in this series, we explore the importance of addressing barriers to participation for historically underrepresented and marginalized groups.

Despite growing emphasis on increasing diversity in clinical research, the proportion of underrepresented groups (URGs; defined in this study as women and gender minorities, racial and ethnic minorities, individuals earning below a median household income of $57,000, a high-school education or less, and/or rural residents) in Parkinson’s disease (PD) research remains low, with as many as 91% of participants identifying as non-Hispanic Caucasian in various studies.1–3 Although some studies, such as the MJFF online PD research platform Fox Insight (FI), have been designed to reduce or eliminate research barriers for URGs, equitable representation in PD research remains elusive.4 Without diverse inclusion in these trials, estimates of PD disparities in underrepresented populations, which remain poorly understood, may widen.5–7

A request for proposals (RFP) was released for academic medical centers within the Parkinson Study Group research network to participate in FIRE-UP PD. Sites were instructed to identify a specific URG or geographical region to focus on, a specific barrier to PD research participation experienced by this group as categorized by the Picillo PD research barrier framework8, and a specified intervention as categorized by the Picillo et al. framework. Eight participating sites were selected, and were paired based on their proposed interventions and randomly assigned to either intervention or control conditions. Sites in Chicago, Boston, Denver, and Southern Florida were assigned to the intervention condition and were given $45,500 to execute their proposed design, whereas a second site in Chicago, the rural northern Midwest, the greater Seattle metropolitan area, and San Francisco were given $10,000 to serve as passive controls, maintaining their current recruitment workflow. Interventions included developing educational tools and surveys to engage community health centers in PD diagnosis (Boston), partnerships with local PD support groups to discuss PD research (Southern Florida), developing multi-stakeholder alliances and focus groups to create community-specific educational toolkits (Chicago), and recruiting community stakeholders to reimagine medical and research information for the community through a collaborative method called Boot Camp Translation (Denver).

The study was divided into three temporal phases for all sites: pre-intervention, to establish a recruitment baseline; intervention, to deliver a specified intervention or in the case of control sites, to continue passive recruitment activities, and post-intervention, to determine change from baseline. In addition to recruitment measures to FI, the FIRE-UP PD study was designed to collect survey responses from participants with regard to awareness and trust of PD research. Sites collected the Trust in Medical Research Scale (TIMRS), the Patient Engagement in Research Scale (PEIRS) and PD Research Participation Surveys, which assessed specific PD research designs and their impact on participation willingness. All sites also collected barriers to PD research participation, capturing reasons why URG individuals, who would otherwise participate in FIRE-UP PD, could not do so. All sites displayed FI recruitment materials as designed by MJFF and had a dedicated tablet device for FIRE-UP PD surveys and FI registration.

Changes in trust, measured via TIMRS did not significantly improve for intervention sites relative to control sites, although a trend towards improvement emerged, t(382)=1.80, p=.073.There was no disproportionate change in patient engagement or in overall research participation willingness for intervention relative to control, all ts < 1. However, participant characteristics indicated that intervention site participants were significantly more diverse at both pre- and post-intervention with respect to race, ethnicity, income, and educational attainment.

Diverse accrual to FI (n=181) improved across all sites over the study period relative to sites’ own baselines, although intervention sites significantly improved diversity with respect to race, ethnicity, income, and educational attainment, while control sites improved race and ethnic diversity alone, as seen in Figure 2 below.

The FIRE-UP PD study was designed to measure barriers, attitudes, and FI accrual for URG populations accessing PD clinical research. The study suggests that URG recruitment could have increased by as much as 50% if common participation barriers such as language, time, and the digital divide were addressed. Although sampling and selection factors obscured trends in the attitudinal surveys, intervention sites recruited a broadly diverse sample of participants to complete surveys as well as enroll in FI, despite intervention sites’ focus on a single URG. Notably, although control sites were instructed to continue their baseline recruitment activities, nevertheless these sites yielded increased racial and ethnic diversity in FI. This suggests that while targeted interventions may yield substantial benefits to improved diversity of PD research participation, merely orienting to the problem of lack of study representativeness may alter even passive recruitment practices in subtle ways to promote more inclusive research participant cohorts. Developing detailed recruitment protocols that focus on particular URG populations as well as barriers faced by these groups may be a promising addition to PD research, although future studies will need to better understand specific mechanisms of efficacy and comparative effectiveness given similar site and study characteristics.

Past Columns in Series

The Importance of Site Selection

The Systemic Synuclein Sampling Study (S4) was a multicenter, cross-sectional, observational study sponsored by MJFF. The primary objective of this study was to better understand the progression of Parkinson’s disease (PD) by identifying the optimal biofluids and tissues for measuring the protein alpha-synuclein outside of the brain as a potential biomarker in individuals with PD. The secondary objective of the study was to create standard operating procedures for the collection and assessment of multiple tissues and biofluids to better understand alpha-synuclein’s potential as a biomarker for PD.

In January 2017, MJFF launched a survey to assess the need for transportation infrastructure at clinical trial sites. Data from the survey was used to inform the design of a transportation intervention that was tested via the Parkinson’s Disease Trial Recruitment Innovation (PD-TRI) project, an MJFF-funded pilot study aimed at reducing barriers and enhancing facilitators to clinical trial recruitment.

Patient retention is an important element of the Parkinson’s Progression Markers Initiative (PPMI), a landmark, longitudinal, observational study sponsored by MJFF. PPMI aims to find reliable and consistent biomarkers for PD progression by studying cohorts of Parkinson’s patients, populations at risk for PD, and controls without PD.

General practitioners often are not involved in the recruitment strategy for clinical trials. Historical barriers have made engagement with physicians challenging. They may fear losing care of patients to clinical trial site providers, be unfamiliar with the trial and principal investigator (PI), or have concerns about jeopardizing the doctor-patient relationship. One approach to building trust and overcoming these obstacles is for research institutions and PIs to actively engage with community physicians. 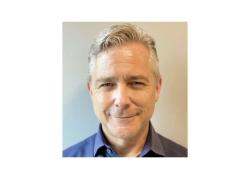 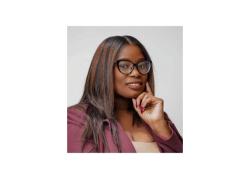 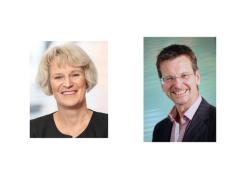 Where Does Direct-to-Patient Fit in a Post-COVID World?