In the days when paper ruled, the filing cabinet was its castle. Then, with the transition from paper to computers came the advent of electronic content management (ECM). And voila: Data suddenly had a new home.

In the life sciences, Hopkinton, MA-based EMC dominates the "housing" market. And after more than a decade on the scene, the company's ECM platform Documentum will maintain its first place spot moving forward, says Craig Le Clair, an analyst for Forrester Research in Cambridge, MA.

It's the maturity of EMC's product and the fact that the company targeted the pharma market when it built Documentum that most credit for its stronghold. But in recent years, a mix-and-match approach to electronically managing content has emerged.

"One of the most powerful combinations in the market is to take [Microsoft's] SharePoint at the top and link it to Documentum," says Jeff Klein, head of global product, marketing, sales and development for CSC (Falls Church, VA), which develops content management solution applications for both Documentum (FirstDoc) and SharePoint (FirstPoint).

It's a front-end, back-end combination that, as Klein explained, allows users to keep Documentum as their ECM platform at the bottom while using SharePoint up top at the user interface level. This tiering structure harnesses the strengths of both products: Documentum's enterprise-class content management system and SharePoint's intuitive and familiar interface and collaborative architecture.

According to EMC's Grego Kosinski, director of product marketing, content management and archiving division, strong integration was the result of dual customers who asked for it.

"From the beginning, the two companies worked together to ensure that the EMC Documentum enterprise content management platform was fully tested, certified on, integrated with, and supported the Microsoft environment—SQL server, Office, and Windows," said Kosinski, "our joint customers demanded this level of integration."

Today, of course, SharePoint is also part of the supported environment. But as Michael Naimoli, director of U.S. Life Sciences at Microsoft, points out, these two companies may be corporate partners across verticals, but it's still a coopetition.

"Our products can work beautifully with Documentum," Naimoli explained, "but our message to our life science customers is, 'you can work with the content at the server level as well,'" referring to MOSS, the company's own document management system.

Speaking of messages, Virtify's (Cambridge, MA) is as dynamic as its solutions: "We are taking the game to a different level," says the company's President Satish Tadikonda, PhD. Think: dynamic content management.

That's how Tadikonda, whose company has been around for six years, describes "it"—that is, Virtify's XML-based platform, Virtx.

Introduced in 2008, Virtx is unlike traditional ECM systems in that it's not document centric but document independent and content focused. As Tadikonda explained, "We are separating a document away from the content." So, a document such as a protocol is made up of different "intelligent" (i.e., self-identifying) components—let's say Sections 1, 2, 3—and the user can create content for each one separately.

This type of set-up, where the document is essentially broken down into pieces, or fragments, allows multiple people to work on the same document online in real time.

With the same ease, users can update content. For example, if a line needs to be deleted from Section 3 in document Z, by deleting that line from the "parent" document, every document that contains Section 3 will automatically be updated.

"That means you are repurposing and reusing the same content across documents," explained Tadikonda. It's a create once, repurpose many times approach, which is accomplished in a Microsoft Word-like environment.

And because domain-specific rules (CDISC, HL7, ICH, BRIDG) have been built into the underlying Virtx platform, users are prevented from saving data in a format that's not compliant—it won't let you.

What it does let you do, however, is manage domain-specific content at the granular level, which is what sets Virtx apart from the others, according to Tadikonda. That and the power of XML behind the scenes.—Kerri Nelen 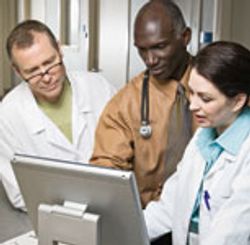 Putting a Face on EDC 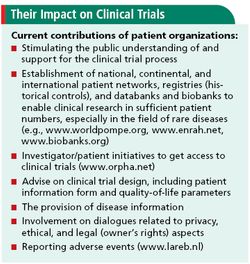 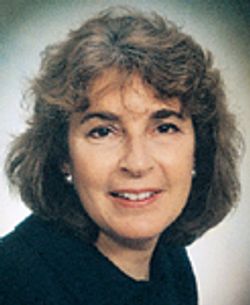