It's no secret that the clinical trial process is imperfect. While clinical research paves the way for innumerable medical benefits, it is not without its faults—and according to a recent report, some of these deficiencies are undoubtedly cause for concern.

The EDICT (Eliminating Disparities in Clinical Trials) Initiative, conducted by the Chronic Disease Prevention and Control Center at Baylor College of Medicine (Houston, TX) and the Intercultural Cancer Council (ICC), is a multiyear evaluation of U.S.-based trials aimed at improving policies that directly impact the conduct of such studies.

"The EDICT Team is not the first to examine disparities in clinical trials, but to our knowledge, no single project has adopted a systems approach designed to assess all relevant factors contributing to such disparities as well as all stakeholders that exert effects on the overall policy context," asserted Daniel Goldberg, a member of the ICC and an EDICT Policy fellow, to Applied Clinical Trials. And indeed, their research was highly intensive. The project was broken into two segments: the Policy Arm and the Field Research Arm. The Policy Arm held a roundtable and identified nine different "opportunity areas," which were evaluated by teams of about 300 public, private, and nonprofit stakeholders, who then drew up Policy Recommendations meant to help eliminate specific disparities (for further details regarding the EDICT Policy methodology, please visit www.bcm.edu/edict/PDF/EDICT_Project_Methodology.pdf).

The report identified three areas where clinical trials are particularly deficient: the under-representation of women, minorities, and the elderly; lack of disparity training among institutional review board (IRB) members; and the duplication in research efforts.

"This under-representation [of women, minorities, and the elderly] is problematic because...it makes no scientific sense to introduce medicines and interventions into populations who are wildly different from the study population," observed Goldberg. "For example, it is difficult to understand the effect of a given biologic in a population with significant co-morbidities if the relevant study systematically excluded all persons with co-morbidities. Excessive focus on ideal study conditions and internal validity may significantly undermine external validity." He went on to note that IRBs' lack of training in disparities helps fuel this problem, and that if they were trained properly, they could accurately cite disparities and help remedy them.

As for the third prominent disparity identified in the report, Goldberg noted, "Research efforts are often duplicated because there is no standard practice for allocation policy. Economic considerations drive allocation in the private sector, and political considerations drive allocation in the public sector." He recognized that since diseases with "organized and well-funded advocacy efforts" generally garner the most focus, less common diseases receive less attention, regardless of fatality rates.

To help fix these problems, the report laid out nine policy solutions, which are listed above in the sidebar.

"There are always barriers in working for policy change, because policy is inevitably contested space," said Goldberg. "Ideally, the report will stimulate the clinical trials community to understand that disparities in clinical trials can no longer be tolerated, for both scientific and ethical reasons. Moreover, the EDICT Team, with its diverse body of collaborators, has taken pains to ensure that its recommen-dations systematically address all levels of the clinical trials enterprise, primarily to avoid recommending unfunded mandates. The hope is that the bulk of the EDICT Team's Policy Recommendations are feasible in the short term." 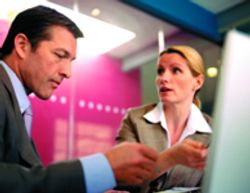 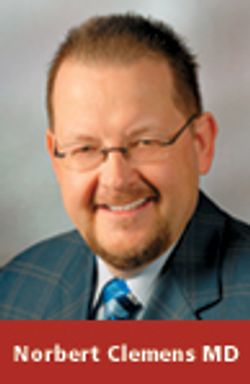