Updates on Drug and Device Regulatory Reform in China

Under updated regulatory environments with expanding the reformation of the investigational new drug (IND)/new drug application (NDA)/biologics license application (BLA) review and approval system, as well as in encouraging developmental innovations in drugs and medical devices, drug administration law of China has been significantly amended-followed by active implementation of updated regulatory measures taken by regulatory authorities. The results have been positive. The Chinese pharmaceutical industry is entering its best era of drug R&D, in which clinical trial management systems have been continually improved, the review and approval process of drugs and medical devices have become increasingly simplified and efficient, and the responsibilities of all stakeholders are more streamlined with International Council for Harmonization (ICH) specifications in product life cycle management.

Since the official stipulation Opinions on Deepening the Reform of Review & Approval System to Encourage Innovations in Drugs and Medical Devices,1 jointly issued by the General Office of the Central Committee of the Communist Party of China and the General Office of the State Council in October 2017, China has accelerated reformation of clinical trial management, including the IND/NDA review and approval process, requirements of innovative and generics drug development, and the nation’s relevant technical support capabilities. Some of ICH’s efficacy (E) and multidisciplinary (M) series guidelines have been directly adopted by the National Medical Products Administration (NMPA) and the Ministry of Science and Technology of China (MOST) as new regulations or guidelines.

Recently, the National People’s Congress of China approved further revision to China’s Drug Administration Law (DAL) to rationalize the infrastructure of drug administration and consolidate the remarkable outcomes obtained in recent years in China. The amended DAL, published in August, is the fundamental law for drug administration in China. The last DAL was issued in 2015. The newly revised DAL was set to be implemented on Dec. 1,2 to adapt new regulatory requirements as a result of China becoming an ICH regulatory member. Those include requirements in such areas as marketing authority holder (MAH) and management of drug safety governance systems. The updated DAL may help deliver legal guarantee on the ongoing measures and outcomes since the reformation, and continue to encourage the development of innovative drugs and medical devices in China.

This article presents the significant changes and current requirements in processing IND/NDAs for drugs and medical devices.

Another significant change is to use a tacit approval system after an IND application for an innovative drug is received by NMPA in 60 days, instead of the previous paper approval process, and a regulatory filing on record management for bioequivalence tests for generic drugs, instead of the paper approval process.4 These changes will greatly shorten the IND approval timeline, accelerate the clinical development process, and improve efficiency of resources.

The review and approval system of active pharmaceutical ingredient (API), excipients, packaging materials, and containers is changed from individual approval to joint approval with pharmaceutical preparations.5 When API and drugs are reviewed respectively, a lack of comprehensive evaluations of efficacy, safety, and quality control specifications might cause product quality issues. The joint approval system renders manufacturing enterprises more responsible for drug quality, as well as with API, excipients, packaging materials, and containers suppliers. This should improve the level of the manufacturer’s quality management system.

Legitimation of priority review and approval

For drugs targeting unmet medical need, such as prevention in major infectious diseases, rare diseases, and pediatric uses, DAL encourages a green light for a priority review and approval with assorted policy, economic, and technical supports. These measures will promote the progress of independent R&D, accelerate marketing, and increase the market share of new drugs from domestic enterprises. Also, the priority review and approval measure will be beneficial for China in relation to new drugs being developed overseas. In 2018, NMPA issued Guidelines for Accepting Data from Overseas Clinical Trials of Drugs,6 recommending that national regulatory authorities grant priority review approval for those innovative or generic treatments being tested in whole or in part outside the country that are targeting unmet medical need.

Meanwhile, DAL will permit the establishment of a conditional NDA approval system for drugs targeting serious life-threatening diseases that are without effective current treatment, and for drugs urgently needed for public health. The MAH of such conditionally approved products must take full responsibility in implementing corresponding risk management measures and complete relevant research as required within a prescribed timeframe. If the research is not completed or the favorable benefit-risk ratio not proven within the required time limit, the conditional approval will be withdrawn. The goal of this new system is to deliver urgently needed drugs to patients as soon as possible.

Drug safety is a chief concern for public health. Therefore, a MAH has regulatory management liability to follow essential principles in the life cycle of drug process control, from R&D and manufacturing to use of therapy in real-world settings. The newly revised DAL further shapes MAH responsibilities for quality and safety management in a drug’s life cycle.

In June 2016, the State Council of China initiated a pilot project for MAH systems.7 The newly revised DAL stipulates that China officially implement a MAH system with specific requirements in drug management. The new MAH system has two important aspects. First, the affiliation and obligation of the MAH‘s intellectual property are established to encourage innovation; second, the main body of MAH responsibility is clarified, to integrate administrative duty, civil duty, and criminal law duty into one, with the goal of improving drug quality and safety.

The newly revised DAL stipulates that the regulatory authority has to establish a drug traceability system with uniform traceability standards to facilitate information exchange among stakeholders. The goal of the system is for a qualified drug to be mapped with a relevant traceability code to prevent counterfeit and inferior drugs from markets via illegal channels, and to make drug recalls faster and more accurate.

The updated DAL stipulates that the MAH set up a pharmacovigilance system to monitor, identify, evaluate, and report drug adverse events or any harmful reactions. In implementing a pharmacovigilance system, the MAH must establish a risk management plan, as well as a development safety update report (DSUR), and conduct postmarketing evaluations with the issue of periodic safety update reports (PSURs) annually.

Having joined the ICH regulatory board in 2017, China has been encouraged to follow up with ICH E2 principles and standards. In January 2018, NMPA stated in a notice10 that China would gradually implement five basic ICH guidelines related to adverse drug reaction in four stages.

The newly revised DAL fully implements stricter requirements on drug standards, supervision, and violations to ensure public safety. Severe punishment is mainly reflected in the following aspects: augmentation of penalties to offenders in terms of property and qualifications, the addition of penalties in terms of personal freedom, and civil liability system. For example, the penalty for a person or party responsible for a counterfeit or inferior drug is being prohibited to engage in a drug-related field from a 10-year probation period to life-long ban. For enterprises that are seriously violating the law, the statutory representative, principal person in charge, and other liable personnel of the enterprise shall also be punished.

Any foreign-related pharmaceutical enterprise, including a CRO, now must go through a filing in a records system for clinical trials to be conducted in China. This requirement is essentially based on the National Regulations on the Management of Human Genetic Resources, released by the State Council in late May. Compared to the Interim Regulation on the Management of Human Genetic Resources, promulgated in 1998, this revised regulation contains the most important change regarding establishment of a record-filing system for international collaborative clinical trials. This applies to any NDA-related clinical trials, even those not involved with exportation of human genetic resources from China.

Since 2017, NMPA has been making efforts to accommodate ICH standards and requirements, and continuously strengthening measures to improve drug and medical device administration systems, to boost the science and efficiency of regulatory review and approval, and encourage the Chinese pharmaceutical community to integrate internationalized processes. Focused on public health and safety, China will continue to promote drug and medical device regulatory reform and strive to implement high and international-scale standards and requirements.

1. Opinions on Deepening the Reform of Review & Approval System to Encourage Innovations in Drugs and Medical Devices_ Policies _Website of the State Council and the People’s Republic of China. http://www.gov.cn/zhengce/2017-10/08/content_5230105.htm.

4. Announcement of the National Medical Products Administration on the Implementation of Filing on Record Management of Bioequivalence Tests for Generic Drugs (No. 257 in 2015). http://www.nmpa.gov.cn/WS04/CL2138/300077.html

6. Announcement of the National Medical Products Administration on the issuance of Guidelines for Accepting Data from Overseas Clinical Trials of Drugs (No. 52 in 2018). http://www.nmpa.gov.cn/WS04/CL2138/325800.html

7. Notice of Pilot Program for MAH System_ Policies _Website of the State Council and the People’s Republic of China. http://www.gov.cn/zhengce/content/2016-06/06/content_5079954.htm

8. Announcement of the National Medical Products Administration on the issuance of three standards such as Basic Technical Requirements for Drug Traceability System (No. 67 in 2019). http://www.nmpa.gov.cn/WS04/CL2138/357732.html

9. Announcement of the National Medical Products Administration on the issuance of Requirements for Drug Traceability Code (No. 32 in 2019). http://www.nmpa.gov.cn/WS04/CL2138/336781.html. 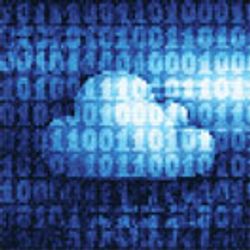 How Do Regulatory Intelligence and Operations Envision Technology? 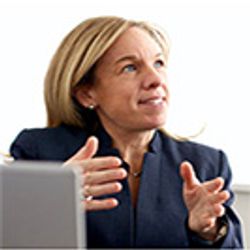