Applied Clinical Trials partnered with CenterWatch on the biennial review of compensation and fulfillment.

The 2010 Salary and Career Development Survey for the clinical trials professional featured new directions and challenges over the previous survey in 2008. First and foremost were the economy and the mergers and acquisitions within the pharmaceutical industry. The data and results gathered should prove insightful, and helpful for professionals navigating the terrain over the next two years, when the next survey will be conducted.

This year, Applied Clinical Trials collaborated with CenterWatch, an information services leader in the clinical trials industry, to broaden the audience of the survey; develop a more robust survey instrument; and to bring its wealth of research and analysis of the industry to bear on the results. CenterWatch will feature its own article based on the survey data in the December issue of its monthly newsletter.

Providing the backdrop for this year's survey is the state of flux characterizing the pharmaceutical industry. While clinical development talent has traditionally moved between pharma and its outsourced brethren, M&A activity driven by a postmarket world is affecting the R&D industry like never before. M&As and the need to strengthen pipelines is determining the way that pharma is doing business, with many choosing to cut internal clinical and research development in favor of outsourcing to the CROs. This is leading to changing relationships within the industry.

For example, the late September announcement from Sanofi-Aventis and Covance. The $2.2 billion agreement calls for Covance to purchase two sites from Sanofi for $25 million, maintain employment at those sites for at least five years, and perform laboratory tests for Sanofi, in order for the pharma to "transform its R&D model and discover new medicines through the use of novel technologies and innovative partnerships." In return, Covance will receive between $1.2 billion and $2.2 billion during the 10-year contract, which is viewed largely as a positive by the investment community because of the guaranteed rather than periodic income typical of a transactional relationship.

The Sanofi-Covance agreement follows a similar one struck between Covance and Eli Lilly in 2008. In that $1.6 billion arrangement, Covance purchased a US-based Lilly business facility, as well as agreed to provide clinical testing services to Lilly over a 10-year period.

Covance is not the only CRO with more strategic or functional service provider (FSP) relationships. i3 also has similar types of agreements with various pharma, including a recent agreement with Lilly for its US-based medical writing, biostatistics, and biostatistical programming functions. Parexel and PPD were recently chosen by GlaxoSmithKline as its two sole providers for clinical development and trial services. GSK specifically cited it was reducing the number of CROs it worked with to increase efficiency and productivity. Bristol-Myers Squibb also chose Parexel and ICON in June to pare down its outsourcing relationships in order to better manage volume and risk mitigation.

Figure 2. When considering a job change, over 50 percent of those surveyed cited professional advancement as the main motivator.

How do these strategic moves between pharma and CROs translate on the hiring front?

Large pharmaceutical companies have eliminated approximately 64,000 employees since 2008. ZRG Partners reported that Outsourcing and Services has 500% more current hiring than Life Science and Pharma. ZRG's Global Life Science Hiring Index, which was launched in January 2010, uses confidential hiring numbers from selected benchmark companies in Medical Devices, Pharma, and Outsourcing/Services. Pharma has a broader base of $357 billion and 804,000 employees comprised of companies including AstraZeneca, BMS, Lilly, GSK, and Merck, among others. Outsourcing/Services comprises in its index $11 billion in revenues, 80,000 employees, and includes Quintiles, Covance, PPD, Parexel, Kendle, ICON, PharmaNet, and others.

According to ZRG's Life Science Hiring index, regulatory, quality, and clinical roles were the most in demand hiring roles globally for the second quarter of 2010, with 27.2% of all opportunities in these areas. ZRG believes there is a "fight for talent" among the industries for these regulatory, quality, and clinical roles, as 63% of the opportunities come from the Outsourcing and Services sector. This echoes what may be playing out with the change in strategy in pharma outsourcing. For Life Sciences/Pharma, ZRG reports the top area for hiring is in the area General, which includes accounting, finance, and IT.

Table 1. Respondents were asked how their workload changed in the past three to five years.

Specifically by worldwide region, ZRG reports that the regulatory, quality, and clinical roles are in the highest demand in the Europe/Middle East/Africa region, with 33% hiring. This is followed by Asia-Pacific at 24%, and the Americas at 22%.

For our survey, respondents were most likely employed in the pharmaceutical and biotechnology industry, where we had 38.4% of the respondents. CRO respondents were the next largest segment at 21.6%, followed closely by the clinical study/investigative site at 17%. The breakdown is listed in Figure 1.

Figure 3. Participants were asked to share their reasons for joining a professional organization.

The hiring markers listed by ZRG indicate at least a comfortable feeling of job security, which is comparable to what our survey of clinical trial professionals said. For example, to the question "How secure do you feel your job is with your current employer?" the majority of our survey respondents across all industries felt somewhat to very secure. Breaking that down by industry—this time not combining biotechnology with pharmaceutical sponsors—is as follows:

Not surprisingly, 41.7% of those on the government payroll felt the most secure with their employer and no one reported "not at all secure." So who feels the least secure with their job right now? Sponsors (9.2%), consultants (8.3%), and biotech (8.2%) employees respectively. But at least their numbers are under 10%.

Table 2. Vice Presidents are the top earners according to the respondents.

We asked respondents how they sensed the economy would change for their company and for the industry. Unfortunately, the pervasive sense among 40.3% of respondents is that it will be a negative change. On the other hand, 33.4% and 20.5% responded "positive" or "no change" respectively.

Our survey did not measure job loss, or time to find a job once a position was eliminated. One respondent to our survey noted that after being laid off in November 2009, they were in a new position. On average, across all industries, the time to find a job is nine months to one year.

For those that weathered the dual economic and pharmaceutical crisis storms, the resulting environment has created numerous challenges. In order, the top three challenges facing clinical trials professionals in the past year are downsizing of department staff, increase in outsourcing relationships, and inadequate technology to perform the job.

Only 6.4% of the respondents said they have not faced any challenges this year.

With the conduct of clinical trials increasingly a global initiative, it is not a surprise that the impact is being felt across the industry. The following reported statistics are indicative of actual and projected increases in global clinical trials:

Applied Clinical Trials regularly features peer-reviewed articles on clinical trial concerns and conduct in various established and emerging global markets. The issues surrounding global trials include regulatory authority needs from each country, translation and language barriers for both subjects and employees, cultural nuances to business conduct, developing or expanding relationships and expertise in that country, and employee retention, among others.

If you take ZRG's Life Sciences Hiring Index and overlay it on various comments and concerns coming from professionals conducting global trials, their results on global hiring make sense. The hiring spikes in outsourcing and the higher demand for the clinical, regulatory, and quality sector across the world, speak to the challenges voiced by the respondents in regard to global clinical trial conduct.

As a mentioned challenge in global trials, workloads have increased. "Increased workload and responsibilities/no change in salary/downsizing" was also listed as a choice to the question the survey proposed on how has your position changed over time.

It is no surprise that workloads have increased given that the US economy needs to add 10 million jobs, the number required to get back to the 5 percent unemployment rate the United States sported prior to the extended recession, according to The Atlantic magazine. While jobs may be shed, most companies are not adding them back. The result is increased workloads for those left behind. Comments across the board were: "More responsibilities due to downsizing," "We are doing more with less," "Increased responsibilities, greater work load for the same time period, greater stress involved," "Integration of two roles," "Employees that depart from the company are not being replaced," and "My role has changed three times in the last 18 months and I am on my fifth supervisor."

Obviously, there is impact on how responsibilities have changed with the economic climate. According to our results, increased workload levels have led to decreases in job satisfaction. However, as Table 1 also shows, many who have had a significant increase in workload are satisfied with their jobs. This is similar to findings in 2008. Most respondents to our survey at the time were largely satisfied with their job, and agreed that salary alone was not the determinant of a happy employee. In 2008, we reported that additional factors contributing to a high satisfaction rate among respondents were benefits, technology needed to do their job, and flexible time arrangements. Outside of the survey, interviewees noted other factors included being valued by the company, opportunities to develop, and the actual job you are doing.

For those considering a job change, and close to 40% said they were, what were the top reasons? Even in this time of workload pressures and economic uncertainty, the majority of respondents (56.1%) were leaving for professional advancement. This was followed by income at 45.8%, job environment 34.7%, and intellectual challenge at 32.4% (see Figure 2).

Comparatively speaking, in 2008 our respondents' top four reasons for considering a job change were exactly the same, in slightly different order: professional advancement, income, intellectual challenge, and then job environment.

When asked what types of resources or services job seekers would use when looking for a job, the most oft-cited was personal contacts. This was followed by headhunter; general Internet job posting board such as Monster.com; recruitment websites, such as JobWatch; followed by industry associations. The respondents were not limited to one choice. Interestingly, two years ago the survey did include social media as a choice. This year, Facebook/LinkedIn/Twitter had the lowest percentage factor, but still respectable at 28.2%

For this industry, conducting a comprehensive salary survey is difficult because of the diverse groups that participate in the development chain. For trending, however, there are segments of interest.

For example, in the past two years, salaries reported by region of the United States have increased on average $10,000. The largest gains were seen in the Southwest, followed by the Midwest, and the Northeast.

Salaries by industry again are subject to the number of respondents and breakdown of job title. By industry, the average salary for the biotech was the highest at $130K-plus. This was followed by the independent CRA ($112K-plus) and pharmaceutical sponsors ($109K-plus). The average reported salary for the CRO industry was $87,724.

We surveyed a total of 28 specific job titles, ranging from associate director, to biostatistician, to data manager, to manager and CRAs. Table 2 shows the average salary for these positions.

As a web-based survey, it was open to all clinical trials professionals worldwide. The participant notification was e-mailed specifically to CenterWatch and Applied Clinical Trials subscribers, which does have a global reach. However, as noted in the methodology, the majority of the respondents were from the United States, and one-third of those from the Northeast. We are sensitive to the needs of our global audience and appreciate their participation. As the survey moves into its fourth iteration in 2012, hopefully the global nature of the industry will be reflected more accurately in the results. 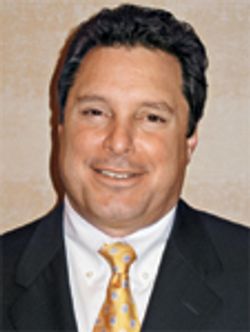 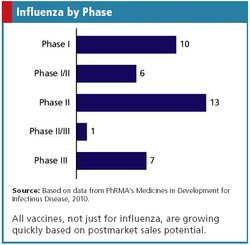