Digital twins, defined as a typical demographic patient profile in a specific population, have the potential to help clinical trial design.

The oncogene KRAS is one of the most prolific mutations in non-small cell lung cancer (NSCLC).1 Treatment of NSCLC patients with KRAS mutations has been so far unsuccessful, leading to this patient group being dubbed as untreatable.

There are various Codon 12 mutations seen in NSCLC KRAS patients. The top 4 variants are G12C, G12D, G12V and G12A, with G12C being the most common in this patient group.

The objective of this contextualized analysis is to construct a digital twin on NSCLC KRAS G12C patients with Standard of Care (SCA), as measured by median Progression-Free Survival (mPFS). In this analysis, a digital twin is defined as a typical demographic patient profile in a specific population; importantly the associated clinical outcomes with this cohort may help in the design of clinical trials.

Analysis was conducted using the Phesi Clinical Development Platform. At the time of analysis, this platform had data from 462,538 NSCLC patients enrolled in clinical trials.

The data were gathered based on a set of artificial intelligence and big data technology methods, ensuring data were indiscriminately gathered from existing digital sources, including anonymized patient data from existing clinical trial participant records. While statistical outliers possibly exist, conclusions were drawn from multiple and diversified data sources to minimize potential bias.

We identified patients with specific inclusion/exclusion criteria. Briefly, we included patients aged 18 years or older with histologically or cytologically confirmed, locally-advanced, or metastatic NSCLC (stage IIIB–IV), after failure of first line treatment. All patients had to have a confirmed KRAS mutation. Patients had an Eastern Cooperative Oncology Group (ECOG) performance status of 0–2. We also used the Progression Free Survival (PFS) as an outcome measure for those patients who met the inclusion/exclusion criteria.

In total, we identified 1,298 NSCLC patients with the KRAS mutation from 15 cohorts. These were predominantly in Phase II clinical trials.3,5,6,7,8,9,10,11,13 A digital twin depicting the baseline patient characteristics is presented below:

Of these, 150 (48%) of them have G12C mutation. These data are consistent with reports that G12C is the most important variant in KRAS mutated patients.

To evaluate the PFS associated with this digital twin demographic profile, data from 1,100 NSCLC KRAS patients were available from 14 cohorts in Phase II clinical trials.3,4,5,6,7,8,9,10,11,12 These patients were recruited and treated from 1,077 investigator sites from 41 countries between March 2008 and April 2021. These clinical trials were sponsored by Bayer,5 AstraZeneca,3,9 GlaxoSmithKline,11 Pfizer,12 Merck Sharp and Dohme,6,8 and government agencies.7,10

In this primary outcome digital twin, a simple linear distribution model demonstrated an estimated mPFS of 3.0 months, with a range of between 1.4 and 5.9 months.

In three cohorts, colored in blue, docetaxel was used as the active control. The mPFS for these groups were 2.6 months,11 2.8 months,9 and 2.1 months3 respectively.

Separately, in a retrospective analysis of 69 G12C mutated patients treated by immune checkpoint inhibitors (ICIs), the mPFS was 3.09 months,4 similar to the other 14 cohorts analyzed. From the same analysis, all other patients with G12 codon mutations demonstrated similar mPFS following ICI treatments, with survival ranging between 2.66 months and 3.91 months.4 The PFS data in ICI-treated KRAS mutated patients was comparable to that of the non-ICI KRAS cohorts.

From this analysis, various treatments, including the newly introduced immune checkpoint inhibitors, have a similar distribution of mPFS in a narrow band of two to four months among KRAS mutated NSCLC patients. Around half (48%) of these KRAS mutated patients had the G12C mutation. In a specific example of analysis,4 all four major Codon 12 variants consistently fell into the same two-month band, between 2.66 and 3.91 months. This leads us to conclude that a population of NSCLC patients with KRAS G12C mutation would yield a mPFS of about 3.0 months, when treated with Standard of Care (SOC).

The safety outcomes generated by the digital twin of primary efficacy outcomes in NSCLC patients with KRAS G12C mutation along with a digital twin demonstrating baseline patient characteristics for the same population could constitute a Synthetic Control Arm (SCA) in a prospectively planned and implemented single arm clinical trial.

This analysis was conducted in May 2021, before Amgen published its sotorasib results.2 The 6.8 months mPFS results of the sotorasib trial with a single arm design was more than double what was seen in this digital twin. We hope this predictive analysis will also be corroborated by several ongoing trials, using various SOC arms.

In the appropriate circumstances, for example with a sufficiently robust and well documented standard of care population, an SCA may increase the efficiency of clinical trials and address patient concerns about receiving placebo treatment in clinical trials.

This analysis does not include any data published after May 2021.

The approach discussed here should not be confused with the usual meta-analyses of multiple entire arms from multiple comparable trials. In contrast to that approach, the Phesi approach is to leverage AI to find, evaluate, and consolidate subpopulations of interest, to characterize their demographics and clinical outcomes. These what-if scenarios, depending on the subpopulations chosen, allow trialists to learn from previous trials and consider targeted subpopulations in their design and scoping of future clinical trials.

We need to indicate that while we have provided a detailed list of references, not all the details in this article can be found in these references, as some of those were extracted and synthesized from various sources through artificial intelligence. 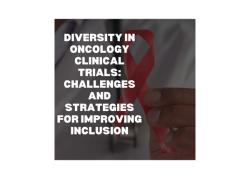 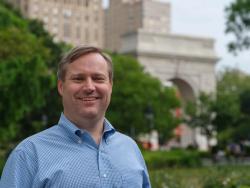