Challenges in the development of drugs for Alzheimer's disease are evident in the latest clinical trial results released by Medivation and Pfizer on their investigational drug dimebon, which failed to prove efficacy in the Phase III trial. The co-primary endpoints were improvements to cognition and memory, as well as global function for subjects with mild-to-moderate Alzheimer's.

While Medivation and Pfizer are evaluating the data to determine their next steps, the Alzheimer's community was disappointed with the results. Said Alzheimer's Association Chief Medical and Scientific Officer William Thies, PhD, in a statement, "People with Alzheimer's, their families, and caregivers desperately need more and better treatment options for this devastating, fatal brain disease."

Recent reports from the association show that African-Americans are two times more likely than Whites to have Alzheimer's and other dementias, and Hispanics are one and one-half more times more likely. While there is no definitive genetic reason for this difference among ethnic populations, researchers believe that risk factors for Alzheimer's are more prevalent in these populations. Those risk factors are socioeconomic, including lower levels of education and income, as well as a higher prevalence of high blood pressure and diabetes.

Other data available on the disease from the association includes:

While dimebon has taken a major setback in its pursuit to approval, other drugs on the market are still viable and making headway. As noted on the previous page, Aricept 23 mg was accepted into review to be approved as an extended release tablet for moderate-to-severe Alzheimer's. Namenda, Forest Laboratories' approved therapy for the treatment of moderate-to-severe Alzheimer's, represented 34.2% of the total prescriptions as of March 2009. It is anticipated to go off-patent in April 2015.

While treatments for later stage Alzheimer's are important, therapies in development target the neurogenerative aspect of Alzheimer's, which requires identification before patients exhibit even mild cognitive symptoms. As Charles Albright, PhD, Group Director at BMS, pointed out in a session on biomarkers at the 22nd Annual DIA EuroMeeting in March, it is important that Alzheimer's be detected in the predementia stage. When Alzheimer's is detected, brain atrophy has already begun and the prognosis is about nine years to death.

To achieve predementia diagnosis, advanced biomarkers are needed. The potential biomarkers Albright discussed were neuroimaging (MRI structural: volumetric MRI and Amyloid PET); blood (ApoE4 and others in development); and cerebrospinal fluid (CSF) analytes (Amyloid beta 42). However, each currently have limitations. "MRI is not specific to Alzheimer's yet. Amyloid PET is used to detect plaques, however, the access to ligands is limited and costly," said Albright. "That should resolve in a few years."

As for the ApoE4 blood biomarker, it is simple and ApoE4 carriers do progress more rapidly from pre- to prodromal Alzheimer's, however, it also is not specific. Albright noted that 30% to 50% of predementia Alzheimer's patients are non-ApoE4 carriers and 10% to 30% of the ApoE4 carriers have normal CSF biomarkers, making them slow progressors.

Albright outlined BMS' Phase II clinical trial in predementia Alzheimer's subjects for BMS-708163, a y-secretase inhibitor, and how it identified subjects. Cognitive and caregiver scores were used, as well as an MRI, but it also incorporated a CSF profile. The challenge? The current CSF Assays are "research use only" and therefore not GCMP compliant.

"There is a significant amount of work to get an assay validated," noted Albright. And many groups are working toward this. It is clear that biomarkers are key to the future of Alzheimer's treatment and drug development. 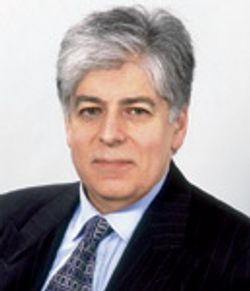 The Upfront Cost Hurdle of EDC