When examining the frequency in use of keywords related to cancer research, some important trends emerge.

The landscape of oncology drug discovery is constantly changing. Are researchers this year still discussing the same trends as 2013? Crown Bioscience analyzed the last three years of publications and presentations at the American Association for Cancer Research's (AACR) annual meetings, as well as the AACR/European Organisation for Research and Treatment of Cancer (EORTC) Molecular Targets and Cancer Therapeutics conferences to search for potential trends.

The analysis so far does not show any dramatic shifts in areas of interest for research. However, when examining the frequency in the use of terms, which relate to the informal feedback received from scientific and business development teams, some important trends emerge. A common theme of 2013 was the focus on cancer resistance, whether mechanistic or looking for pharmacological approaches against resistance. In the last two years, the relative frequency with which resistance has been mentioned at AACR has increased by 22%. The use of the terms "tumor microenvironment" and "epithelial-mesenchymal transition" have also increased by 19%.

More than 40 other terms and references to key mutations were reviewed, with most remaining surprisingly constant. One term, however, stood out: Patient-derived xenograft models (PDX). At 2013's AACR meeting, there was a seven-fold increase in the number of PDX references compared to the previous two years, and a nine-fold rise at the EORTC event. This points to an increasing trend in 2014 around the use of image-guided irradiation, which produces a concentrated and targeted treatment for cancer. 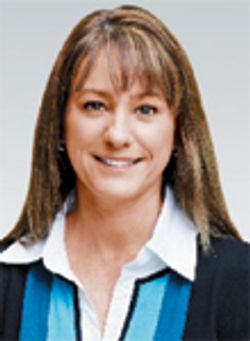