Brexit or no Brexit, it's an EMA Exit

The British government and the country's squabbling parliament are still incapable of deciding when-or even if-the UK should leave the European Union, still less how.

The British government and the country's squabbling parliament are still incapable of deciding when-or even if-the UK should leave the European Union, still less how. But for the European Medicines Agency, the die was cast a long time ago now, by the "leave" result of the UK's 2016 referendum. And now it's happening.

The EMA will physically relocate to its new home in Amsterdam in early March 2019, as the first stage in its complex move. Complex, because later on it is going to have to move again-from the temporary premises to the new (and supposedly permanent) headquarters still being built for it on the other side of town.

And EMA can hardly be blamed for the complexity-although it inevitably evokes Lady Bracknell's observation that losing one parent might be considered a misfortune, while losing two looks like carelessness. The immediate fault, if it is a fault, lies with the European Council, which made the decision on the new headquarters (over the head of the European Parliament, which, by the way, is still grumbling about being left out of the discussions-its health committee agreed a resolution this week condemning yet again its exclusion). The European Commission could be blamed too, because it drew up what was in effect an informal ranking among the numerous candidates to host the EMA, which gave the Dutch bid a decent score despite the fact that it couldn't supply an adequate building straight away.

But of course at bottom the fault lies with the UK, which campaigned vigorously and effectively to host the agency when it was set up in 1995, then 20 years later abruptly turned its back on the EU and everything to do with it, without a moment's thought about the consequences for the EMA or indeed virtually anything else. (The country's current travails as it now struggles to come to terms with the consequences of its own stupidity might seem like some sort of poetic justice-but that is another story.)

In any case, EMA is now-literally-building its own future. Since early January, EMA’s Executive Director Guido Rasi has been holding the keys in his hand to the temporary new building, known as the Spark, and things are getting underway for the physical move. This is inevitably going to disrupt the agency's operations even more than they have already been disrupted over the last couple of years as preparations have been made.

Rasi will close the door on the EMA's premises in London on March 1, and for the next week the agency will operate on the basis of extended teleworking, with just a small number of staff present in the new building to cope with any emergencies. During the following week (March 11-15), EMA staff will gradually move into the Spark building, and from March 4, 2019 the official address of EMA will change. But it will not be the Spark building: it will be at the permanent building, in Amsterdam's Zuidas district: European Medicines Agency, Domenico Scarlattilaan 6, 1083 HS Amsterdam, The Netherlands.

Until the newnew building is ready-scheduled for November this year-all EMA meetings and visits will take place from March 15 at the Spark building (which is at Orlyplein 24, 1043 DP Amsterdam). Meetings of the scientific committees will follow the agreed meeting calendar without any changes, and the February meetings of the Committee for Advanced Therapies and the Biologics Working Party will already take place in Amsterdam, which will be the first test of the new premises.

Throughout all of this, the agency will be trying to ensure continuation of its main activities in line with the business continuity plan it established more than a year ago. The main focus will be on the authorization, maintenance, and supervision of medicines. But at this time of maximum stress, it is going to have to work with minimum staff, because it expects only three-quarters of its current employees to follow it across the Channel.

Rasi will continue to preside over the agency throughout this turbulence, and on into its new configuration. He said recently that he planned to see out his full contract, which continues until November 2020. By then, hopefully, the whole sorry episode of the move (and the reason for it) will in the past, and the agency can resume its customary role as regulatory leader. 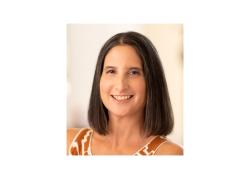 Advice on Preparing for Regulatory Inspections

What if Clinical Trials Deliver Results Too Late for an Emergency?