One reason DIA chose Barcelona to host its 20th Annual European meeting—in addition to the city's beauty and mild March temps—is because it represents a gateway to Eastern and Southern Europe, where the association hopes to expand moving forward. The pharmaceutical industry has gained global stature, and DIA wants to continue its mission "to enhance health and well-being around the world," said Linda McGoldrick, DIA's new executive director, at the start of the plenary session, which this year took on a new and shorter format. Instead of speeches, the session took the form of a debate/panel discussion.

Eight distinguished professionals representing different industry segments, including regulatory, pharma, public health research, and patient groups, took the stage along with two moderators. The plenary panel shed some light on the research scene in the EU today. Topics explored included the private/public Innovative Medicines Initiative to reestablish Europe as a hub for research; the idea of a single European price and reimbursement system for prescriptions, which most agreed would prove difficult and one session chair later said would benefit wealthier countries and hurt poorer ones; the need to increase capacity and expertise across the network of national agencies, thereby strengthening the agency as a whole; and the cons of centralizing clinical research, such as depriving the national agencies a close relationship with its citizens/patients. Also discussed was the EU and U.S. transatlantic partnership and how future collaborations could include fighting counterfeiting and eliminating duplicate inspections of non-EU and -U.S. manufacturing sites. Said panelist Martin Terberger of the European Commission Enterprise and DG Pharmaceuticals: "Transatlantic partnership is a huge benefit for patients, even if they don't know it."

The sessions, which almost all took place on Level 2 inside the Centre Convencions Internacional—making getting around easy—packed in plenty for the 3000+ attendees. This year, the subject of patient groups and the unique role they can play in drug development proved popular (check out Paul Bleicher's column "A Pandora's Box for Clinical Trials?" for a patient group that's making history). One interesting remark made during the meeting: Apparently in the UK, after the 2006 TGN1412 tragedy, trial volunteerism increased.

India and China, two emerging markets explored in Theme 11—themes replaced the traditional session tracks—will for the first time host DIA meetings. The 1st India Annual Meeting, taking place in Mumbai April 28–29, is expected to draw 200–300 attendees. McGoldrick fondly compared the event, "Building Bridges Between the Regulators and the Pharmaceutical Industry," to the first Euromeeting and, just like Barcelona, considers it a gateway to nearby regions like Pakistan. As for China, DIA is planning to host its first meeting there in 2009.—Kerri Nelen 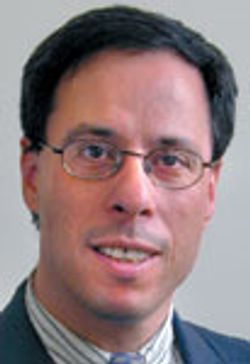 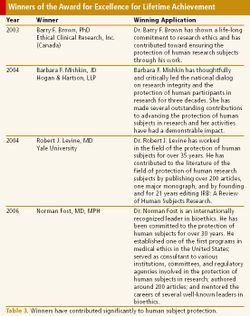 A Carrot and Sticks Approach