After years of delay, there’s renewed action to update the “Common Rule,” which protects human subjects involved in research regulated or funded by the federal government. Although clinical trials to support market approval of new drugs and medical products are governed by FDA regulations, changes in the Common Rule promise to shape policies for conducting clinical trials throughout the research community. Once the Common Rule revisions are finalized, FDA will examine where it needs to revise its regulatory provisions to accommodate certain changes, explains an FDA official. In the meantime, says David Forster, chief compliance officer for the WIRB-Copernicus Group, proposed changes in institutional review board (IRB) practices and in formats and procedures for obtaining informed consent will begin to affect all sponsors and investigators.

The 500-page proposed rule (published in the Federal Register, vol. 80, no. 173, Sept. 8, 2015) aims to streamline requirements that add to the cost and complexity of clinical research. This latest revision from the Department of Health and Human Services (HHS) and 15 other federal agencies builds on an initial proposal issued in 201l, which drew thousands of comments and then dropped out of sight.

The new proposal continues to promote the use of a single IRB for multi-site studies and offers significant changes in informed consent processes, with an eye to making consent forms shorter, more understandable and more transparent. Sponsors would have to publicly post consent forms as a way to encourage development of more concise formats that provide relevant details for participants and avoid burying important information in “unduly long documents.”

More controversial is the requirement to obtain individual consent for the future use of biospecimens such as blood samples. This change reflects the emergence of genomic technologies able to identify the donor of even de-identified specimens. To head off strong objections, the policy will not be retroactive and offers a three-year implementation period.

A parallel goal of the reformers is to reduce oversight of low-risk studies. The Common Rule would not apply to activities such as oral histories and public health surveillance, and continuing review by IRBs would be dropped for certain projects involving no more than minimal risk. There’s much to comment on, and those are due by December 7.

Meanwhile, FDA will continue to update its good clinical practice (GCP) policies, as seen in a draft guidance issued in July 2014 that outlines extensive changes to informed consent procedures and policies for clinical investigators, sponsors, and IRBs; the stated aim was to revise FDA rules to conform more with the changes to the Common Rule proposed in 2011, and another draft now may be warranted. FDA also published draft guidance in March 2015 explaining how sponsors and investigators should use electronic systems to obtain informed consent.

Changes in informed consent policies also will come from the Clinical Trials Transformation Initiative (CTTI) at Duke University as part of its broader program for modernizing FDA clinical research policies. And the 21st Century Cures legislation before Congress supports the use of central IRBs for government-funded multi-site studies.

Efforts to increase transparency in FDA research policies also may be shaped by recent analyses of the application review process and how effectively FDA determines the need for more or less data for market approvals. One way to help patients understand the risks and benefits of new medicines, according to some FDA analysts, is to make public FDA Complete Response Letters (CRLs). Only sponsors-and not FDA-can disclose such “commercially confidential” information on why the agency turns down an application, but many company statements regarding CRLs differ from what is actually in a letter, according to Peter Lurie, FDA associate commissioner for public health strategy and analysis, and his staff. Their review of the content of some 61 CRLs issued by the Center for Drug Evaluation and Research (CDER) from August 2008 to June 2013 (published June 2015 in the British Medical Journal) finds that many press releases from sponsors about those CRLs contain incomplete or erroneous statements.

On the too-fast-or-too-slow review issue, a surprising critique in Forbes magazine (August 20, 2015) charges FDA with approving just about every application sent in, providing a “rubber stamp” approach and not being sufficiently selective. Taking a different tack, two MIT economists urge FDA to be more flexible in approving more risky therapies for serious illnesses, but more cautious with treatments for common conditions (see “Is the FDA Too Conservative or Too Aggressive?” by Vahid Montazerhodjat and Andrew Lo, Aug. 19, 2015). The rise of breakthrough drugs and expedited review programs largely address such concerns, as well as questions raised by other analysts as to why some CDER review divisions approve applications faster than others. 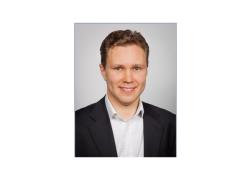