Characterizing White Space in the Quest to Drive Development Speed

The remarkable speed in which sponsors have developed and delivered COVID-19 vaccines and treatments has intensified an already high interest among sponsor companies in compressing drug development cycle times. And there are numerous targeted opportunities in their sights—from protocol design and vendor and site identification to study start-up and patient enrollment; from clinical data management and study closeout through statistical analyses and dossier preparation.

Until recently, however, efforts to target and achieve speed and efficiency have focused on tasks and timelines within clinical phases. Now, more attention is being devoted to the breakdowns that occur between phases when clinical data and operations transition from one research phase to the next. These transitions—also referred to as “white space”—may be ideal targets for information technology, open collaboration, augmented analytics, and machine learning to accelerate program durations, improve performance, and lower costs.

Over the years many sponsor companies—some with assistance from consulting firms and contract research organization (CRO) partners—have measured the white space between their programs’ clinical phases. Regrettably, the results of, and insights from, these exercises have neither been shared publicly nor published.

Recently, my group at the Tufts Center for the Study of Drug Development (Tufts CSDD) was able to conduct a robust analysis based on all drugs and biologics approved between 2008 and 2018 (n=377). Although the transition time between Phase I and II could not be reliably measured due to wide variation in early-stage activity supporting development programs, we were able to measure transition times between the completion of Phase II and the start of Phase III pivotal trials. In our analysis, Tufts CSDD only looked at non-expedited review programs to remove the effects of an accelerated regulatory process.

To supplement our data analysis, Tufts CSDD interviewed clinical operations, regulatory, and data management executives. The sponsors interviewed widely agree that white space inefficiencies have represented a persistent challenge for decades and that attempts to compress phase transition time have been elusive.

They point to four primary causes of between-phase inefficiencies:

Most companies acknowledge that they expend substantial resources and time in administrative activity preparing, submitting, and sharing results with regulatory authorities. They also note the inefficient and time-intensive internal process, and post-regulatory meeting, of finalizing the Phase III pivotal trial protocol. One sponsor estimated that they spend on average four to five months of time on this back-and-forth alone.

Several executives interviewed believe that to mitigate risk, sponsor companies seek more-than-necessary input from, and spend too much time on relationships with, regulatory agencies during phase transitions.

Sponsor companies also suggest that whereas they generally know their program’s objectives extremely well, they fail to obtain the necessary inputs and insights from Phase II data to optimize critical Phase III decisions. Several sponsors note, for example, the critical and often inadequate role that Phase II data plays in informing primary Phase III endpoint(s), dose-finding, and dose-selection decisions. One executive observed that the failure to properly interrogate and leverage Phase II data is a common problem that ultimately forces sponsors to amend and expand later-stage clinical trial activity to make up for these shortcomings. She suggested that more flexible and adaptive designs may play an important role here.

Many of the executives interviewed suggest that despite the high volume of data collected during Phase II clinical trials, white space inefficiencies are partially caused by collecting the wrong—or an insufficient amount of the right—Phase II data.

Most sponsors note the opportunity to shorten white space by anticipating where problems will occur, developing contingency plans, and responding proactively. Doing so permits companies to make faster decisions and cues up organizational resources to handle situations as they unfold.

Several interviewees, for example, mention the importance of anticipating and coordinating ethics committees and boards of health dispersed widely around the globe. Some acknowledge the importance of planning the commercial formulation of the investigational drug or biologics before initiating later-stage pivotal trials. As one sponsor explained:

“It’s essential that large, treatment-testing studies utilize a commercial formulation of a drug so there’s no question about bioequivalence. But manufacturing that formulation—especially like the complex ones that are becoming more commonplace—can take months or even years to scale up.”

Given high growth in the volume of Phase II data collected, there is wide consensus among sponsor companies that data and analytics—enhanced by artificial intelligence (AI) and open collaboration models—can play a key role in accelerating white space timelines. Another recent Tufts CSDD study found that the typical Phase II protocol generates 2.2 million data points today, up from 378,000 data points 10 years ago. This is nearly a 500% increase and the highest area of growth in data volume per protocol per phase.

Several sponsors go even further and argue that machine learning and other AI-enhanced analytics, combined with information hubs and collaboration solutions, represent a clear and essential approach to best leverage protocol data volume and limited human capacity and competency. In this vein, several months ago, 10 major pharmaceutical companies announced that they had formed a new corporation—Accumulus Synergy—to support collaboration between industry and health authorities. The new non-profit entity will utilize a cloud-based platform to compress the white space caused by the back-and-forth between sponsors and regulatory agencies. The founding companies anticipate substantial acceleration through real-time collaboration, cross-agency harmonization, data exchange, and submission.

In the transition between development phases, there is no defined timeline in which key decisions have to be made. White space inefficiencies represent a unique opportunity for sponsors to accelerate development timelines because they are a function of administrative, project management, information processing and exchange. The efficiencies between phases may be easier to achieve as they rely far more heavily on internal team expertise, collaborative effectiveness, and their interaction and exchange with regulatory authorities. Within-phase efficiency gains rely heavily on improvements in relationships with a large and growing number of external service providers—a more complex, fragmented and difficult area from which to consistently glean speed improvements.

As we imagine opportunities and solutions that are now available to accelerate drug development timelines, the possibility of compressing white space may finally be within our grasp. 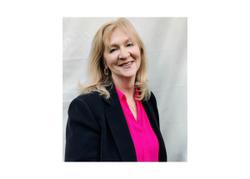 Pitfalls to Avoid with Clinical Adjudication 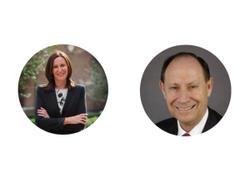 We Must Do More to Ensure Women Achieve Their Professional Goals 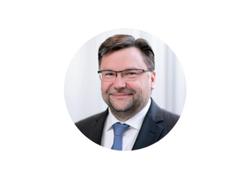