China: A New Era of Drug Development and Innovation

As China’s pharma industry continues to evolve and mature, it is hoped overseas expansion and greater innovation will be exported to serve the interests of patients.

The focus of China’s drug development landscape, continuously center stage in industry discussions, is not only on including China in global clinical trials, but also on how its biotech companies are emerging as serious global competitors. China has always been a key focus for multinational biopharma companies. As Asia’s largest market and global patient pool for many diseases, it accounts for 19% of the world’s population (with 22% over age 65). China’s healthcare providers treat three to four million cancer patients annually, while the country has 110 million diabetics and another estimated 500 million pre-diabetics.

As regulatory pressures recede, other challenges have become more prominent. One example is an industry talent shortage and the scarcity of qualified and experienced clinical trial sites. China can only field about 800 qualified centers to run clinical trials, compared to more than 10,000 in the U.S. As a result, there is competition for available sites and principal investigators.

Additional challenges for non-Chinese companies including China as a participant in global development programs are the potential treatment paradigm, language, and cultural differences. Standard of care or referral routes can be quite different in China versus the rest of the world. Performance endpoints also can be affected due to cultural influence on variables such as patient-reported outcomes or physician assessments.

China’s biotech industry is also entering a new phase of innovation. In 2018, China contributed to 7.8% of the global drug innovation pipeline and 11.6% of new drug launches. Chinese biotech and pharma companies now also are sponsoring global clinical trials. For instance, there are 50 IND applications by Chinese companies in the U.S. compared to single-digit numbers five years ago. Many Chinese pharma companies have focused on generics, but domestic drug pricing and reimbursement reforms are reducing drug prices and encouraging generic drug industry consolidation.

Adapting to the global market

Many Chinese drug developers running trials outside their country face considerable challenges finding the right CRO partner-one who possesses the global expertise and cross-cultural understanding to help them bridge societal differences. Team chemistry is a crucial factor affecting sponsor–CRO relationships, as teams must work closely and relate to each other for extended periods of time, often on projects involving multiple countries and large investments. Conversely, CROs must be cognizant of sponsor cultural differences and adjust their business practices.

At the same time, Chinese biotech companies should adapt their practices through a more holistic approach to their development programs and strategic planning, as their commercialization strategy should look beyond FDA or EMEA approval. Unlike the U.S. and Europe, the Chinese pharma market historically has not required healthcare outcomes data for reimbursement, but it’s now common practice for pharma and biotech to incorporate this research into their clinical development programs for future value dossier development. Another way to place China’s drug development industry on par with the rest of the world would be to develop a viable means to establish competitive prices, especially on cancer drugs such as PD-1 inhibitors. 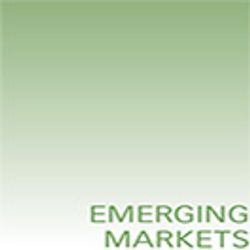