Findings from a new ACT and SCORR Marketing survey reveal the most actively used flexible design approaches in clinical research-many with application in rare disease.

In this recent peer-reviewed article, http://bit.ly/2kLUu4U, the authors explored master protocols and their increasing use in oncology. “The term master protocol is well accepted to represent an ongoing trial intended for the addition or removal of drugs, arms, and study hypotheses. Master protocols may or may not be adaptive, umbrella, or basket studies. They may be a collection of sub-studies or a complex statistical design or platform for rapid learning and decision-making. Whether umbrella, basket, or platform, a master protocol seeks to update the randomized clinical trial model for the genomic age,” the authors state.

While this article specifically focuses on oncology, asking the question, “what will it take to make the master protocol a standard in oncology research?” master protocols and other innovative or adaptive designs are beneficial for many rare diseases.

With our survey partner, SCORR Marketing, Applied Clinical Trials asked respondents about their use and knowledge of clinical trial design, not specific to oncology or rare diseases. (The survey is available here to download: http://bit.ly/2sH7YCJ). Suffice to say, many respondents who indicated they used master protocols also conducted oncology and/or rare disease research. While master protocols may not be adaptive, adaptive trials, as well as basket trials, ranked first overall in implementation of trial designs.

Adaptive trial design allows for modifications to the clinical development program based on how patients are responding, without undermining the trial’s validity and integrity.

The primary goal is for a more flexible, efficient, and faster study. Adaptive clinical trials have come into their own since the FDA issued

The basket trial design has limitations, primarily around the complexity of addressing multiple questions in a single protocol.

With the increased use and acceptance of innovative and adaptive trial designs, both the FDA and the European Medicines Agency (EMA) offer scientific advice meetings for sponsors. In our survey, all respondents who said they conducted master protocols also said they solicit regulatory authority advice prior to designing their trials. A full 70% for all trial designs said that they do solicit that advanced scientific advice.

Recently, FDA Commissioner Scott Gottlieb highlighted past and future changes at the agency’s Center for Drug Evaluation and Research (CDER) (http://bit.ly/2J7MoCl). Specifically, he noted “...the FDA has introduced many fundamental advances in how it evaluates drugs for safety and effectiveness, as well as the manner in which clinical trials are guided. These include adaptive approaches to clinical development such as the introduction of seamless trial designs or master protocols or tissue agnostic product approvals.”

Gottlieb continued regarding the specific changes to organizational structures and processes at the FDA, which are intended to “allow our review staff to have more time for reviewing and providing feedback to sponsors on clinical protocols. One goal is to engage sponsors earlier in the development process to ensure that trial designs are efficient and structured in the most effective way to identify risks and measure benefit. Equally important, there will also be more ability to engage external stakeholders, such as disease specialists, academic researchers, and regulatory partners at other agencies. And with patient-focused drug development becoming a reality, ongoing relationships and interactions with patient groups are becoming an important part of our regulatory practices.”

In this webcast, http://bit.ly/2kNq966, SGS Life Sciences offers expert insight into scientific advice with regulators, for EMA, FDA, and the individual, national European Union authorities. While experts explained sponsors can ask for advice at anytime during the drug’s development, different points will offer different scenarios. For example, a European biotech with a compound in Phase IIa for women’s health had meetings with both FDA and EMA. The discussion centered on:

• Set-up of the further clinical program

• Assessments to be done in the Phase IIb study

The company left with a clear outcome for its Phase IIb study, as well as improving assessments to its Phase III study. Other discussion points that SGS advised early in development included study design, development program, CMC aspects, and pediatric development.

In addition to designs, we asked respondents about the trial innovations they are using or plan to use. The majority responded that they are using EHR data (63%), followed by siteless studies (31%), blockchain (17%), and semantic technology (14%).

Sarah Cannon is part of the larger HCA health network, and using the data from the warehouse, Smith said the company was able to identify 17,383 patients with breast, colon, gastrointestinal, and lung cancer. Of those, 6,092 were newly diagnosed and were navigated through Cannon and retained as patients. Keeping patients within the HCA system helps them access to the clinical trials through Sarah Cannon, and not be referred out of the system for care.

Siteless studies, also called remote, decentralized or virtual trials, have been an increasing choice for clinical operations in looking for more patient-centric choices. Siteless trials use digital technology to allow some or all aspects of a clinical trial to be carried out at a participant’s home or local physician’s office, rather than at a central trial site such as a large hospital.

In early March, Novartis announced that its alliance with Science 37 would initiate up to 10 new clinical trials over the next three years. The studies will blend virtual and traditional models, with increasing degrees of decentralization toward a mostly siteless model. Novartis was an early investor in Science 37, a decentralized clinical trial technology and design provider that uses its proprietary Network Oriented Research Assistant (NORA®) technology), which enables patients to participate in studies using mobile devices and telemedicine services. To date, Novartis and Science 37 have initiated virtual trials for cluster headache, acne, and nonalcoholic steatohepatitis (NASH). The decentralized trials are expected to begin later this year in the US in the areas of dermatology, neuroscience, and oncology. In May, UCB also announced the use of NORA in its trials.

Our survey did tackle a number of other questions, including gains or benefits expected by using innovation or different trial designs. All received about a 70% score in the following: better quality data; better recruitment/retention; cost savings; faster executive and regulatory compliance.

Respondents also noted that adaptive trials and studies that use EHR data provide the highest return on investment. 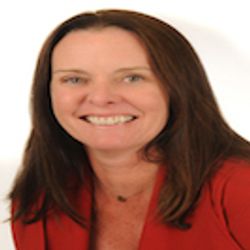 Hope. The Power for the Rare Disease Journey 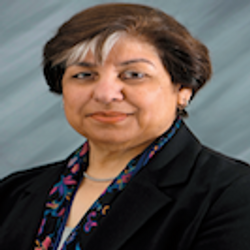