A new report from the EMA and EUnetHTA shows a shift towards a more efficient form of collaboration.

This parallel consultation platform is also being used now to provide guidance on requirements for post-authorization data generation and data collection plans, including registries. This experience with early discussion of post -launch evidence has so far focused on plans with specific products such as advanced therapies or on specific regulatory processes or tools such as conditional marketing authorization, adaptive pathways, or the priority PRIME scheme. The process is proving its value in improving later decision making, but, says the report, "more proactive proposals from developers for discussion in parallel consultation are needed." Better utilization of patient-reported outcomes is also highlighted as a valuable element in evidence generation plans. "This is an area of great importance for future collaboration in view of the developing methodologies and stronger reliance on such data in the context of decision making," it observes.

The report also records recent joint work on methodologies to identify the treatment eligible population, in which experience has been shared on how regulators define therapeutic indications and the impact of their wordings in HTA boards’ definition of who should qualify for treatment. It has been agreed to continue sharing information on how labelling and European public assessment reports are taken account of in decision making, especially regarding subpopulations where limited data is available. This discussion has been closely linked to a search for mutual understanding of the extrapolation concept, particularly in the pediatric population. The report concludes that while the concept of extrapolation or evidence transfer will be relevant in certain developments, such as those affecting small populations, it will require further joint methodological work, and "It is important to understand each other’s reasoning for accepting extrapolation acknowledging the different remits" of EMA and of HTA boards.

The work has also encompassed improving understanding of the similarities and differences between the concepts of significant benefit and added therapeutic value in the context of orphan drugs. No major differences between significant benefit assessment and relative efficacy assessments have been identified, and the conclusion is that early interactions between stakeholders might further diminish differences in the future. "HTA organizations might benefit from reviewing the orphan maintenance assessment reports, as provided on the EMA website," the report recommends. But on unmet medical need, where work has also been undertaken, the conclusion is that it is necessary "to explore further collaborative work on the concept to inform prioritization by different decision makers."

There is a long list of items requiring further discussion. "Priority topics for the work stream" include increased personalization leading to smaller patient populations, smaller trials, less evidence, and increased need to manage uncertainty. The list also features companion diagnostics and other diagnostics for targeting therapeutics but where not directly related to use of specific therapeutics, such as genetic signatures and next generation sequencing. New treatment paradigms such as highly individualized combinations of immune-oncology products targeted through NGS also feature on the "to do" list, as do operational issues around patient access to companion diagnostic tests.

The clear identification of achievements and of outstanding tasks comes at a crucial moment in the evolution of European cooperation on HTA, with EU member states on the brink of agreeing on only a very limited legislative framework to take forward the work conducted by EUnetHTA over the last fifteen years. Within weeks it is expected to become clear whether the road to closer collaboration remains open, or whether national reticences over handing over too much power to the EU will inhibit progress. 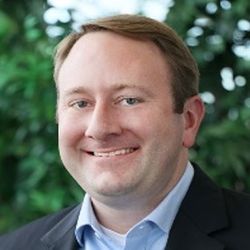 Putting the Squeeze on Trial Reporting Failings in Europe