Are clinical trial data shared sufficiently today? That was the topical question asked in a debate between two international experts who took opposing views published by http://bmj.com/ on July 9.

"Dumping millions of pages of clinical trial information into the public domain without providing appropriate scientific and clinical context or guidelines for meta-analysis could lead to second guessing of the expert decisions of national regulators worldwide, undermining patient trust and confidence in the safety and effectiveness of approved medicines," noted John Castellani, president of the Pharmaceutical Research and Manufacturers of America (PhRMA). "Mandatory public disclosure of intellectual property, confidential commercial information, and proprietary scientific methods found in clinical trials could stifle discovery and open the possibility of competitors or unscrupulous actors using the information for their own products in other markets or countries."

Processes for data sharing or disclosure must take account of patients' informed consent and the reality that re-identification of patients based on anonymized information is possible, he added. Threats to patient privacy will jeopardize willingness to participate in clinical trials, which would delay the availability of new therapies.

Without appropriate protection for intellectual property to incentivize the enormous investment risk involved, biopharmaceutical companies will be discouraged from investing in the next generation of new medicines, wrote Castellani. The current system has led to more than 340 new medicines approved by FDA over the past decade, with 39 new medicines in 2012 alone, and has contributed to over 30 new medicines approved for HIV in the past three decades, based on the work of 2,400 completed trials, he argued.

"No government or academic institution has the resources or multidisciplinary expertise to conduct the clinical trials needed to develop the new medicines patients need. Only the biopharmaceutical industry can take on this considerable risk at such a scale, and only a carefully balanced regulatory and competitive environment can foster the future investments in this research necessary to produce new treatments to benefit current and future patients," stated Castellani.

Presenting the opposing view was Ben Goldacre, PhD, research fellow at the London School of Hygiene and Tropical Medicine, who thinks the lack of progress on transparency has been startling and the problem of missing trials is one of the greatest ethical and practical problems facing medicine today. Evidence is necessary to make informed decisions about medicines, but current estimates suggest that around half of all trials for the treatments being used today have gone unpublished, and that trials with positive results are twice as likely to be published, he pointed out.

Legislation mandating greater transparency, such as the law requiring trial results to be posted on http://clinicaltrials.gov/, has been largely ignored, and he calls for trials from the past to be fully disclosed because more than 80% of the medicines prescribed this year came onto the market more than a decade ago. Furthermore, claims that it is enough for regulators to see all the information on trials expose patients to real and unnecessary risks because problems with evidence are also identified by academics and doctors working outside of regulatory bodies, he noted.

Clinical study reports should be shared publicly, and information about individual patients must be added where necessary. Goldacre explained that 1.6 million pages of this material have already been shared by the EMA, and GlaxoSmithKline has also committed to share all clinical study reports as part of the AllTrials campaign.

On the issue of patient privacy, he does not call for individual patient records from trials to be published openly, but he does point to several examples of sensible and cautious sharing of detailed datasets among professionals. "The AllTrials movement is driving the solution forwards: patients need industry to engage constructively with this widespread consensus, on the practical details—urgently—so that we can all move on," he wrote.

EMA has released a draft policy on the publication and access to clinical-trial data for a three-month public consultation (http://bit.ly/13Yj3cE). Groups and individuals have until September 30 to send their comments to [email protected]. Earlier this year, EMA announced its commitment to the proactive publication of data from clinical trials submitted in support of a marketing authorization application, once the decision-making process has ended, and it thinks the release of data is vital to establish trust and confidence in the system.

According to a statement on the Agency's website, "The draft policy has been designed to balance out the commitment to give widest possible access to data for independent scrutiny with the need to protect personal data as well as legitimate commercially confidential information." 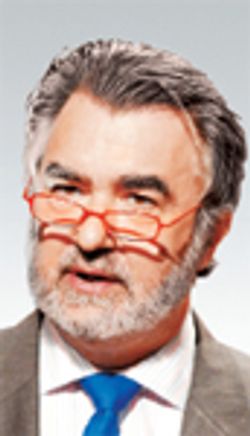 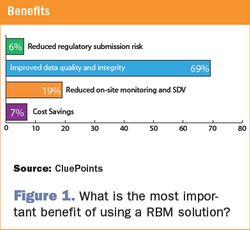 The Practical Implementation of Risk-Based Monitoring

Guidance and Strategies for Spurring Development of New Therapies