Sponsors are beginning to make their study protocols public as pressure for a COVID-19 vaccine rises.

Growing public concerns about politics playing a role in vetting potential vaccines and therapies to combat the COVID-19 pandemic has prompted sponsors of leading clinical trials to make public their study protocols and statistical analysis plans. One aim of such extensive disclosure of research methods is to address fears that a push for speedy results from the White House might lead to FDA authorization or approval of a COVID vaccine before Phase III data has been fully evaluated. Regulatory authorities and industry leaders have loudly proclaimed their adherence to good science, and vaccine sponsors pledged to collect sufficient data to demonstrate product safety and efficacy before seeking FDA approval. But the debate continues.

Moderna CEO Stephane Bancel led the move toward greater transparency in August by issuing the 135-page plan for its study for mRNA-1273 SARS-CoV-2 vaccine. It specified that an independent data monitoring committee is slated to compare efficacy of vaccine to placebo initially when 53 and 106 cases are confirmed, and then after 151 cases of infection. With two doses of the vaccine needed to achieve desired immunity, Moderna says it does not expect full study results until late November.

Pfizer and AstraZeneca similarly released detailed trial protocol documents, acknowledging the need for greater transparency in COVID vaccine research. Pfizer specifies the vaccine candidate and dose for Phase II/III testing and that it expects to assess nearly 44,000 participants, with half receiving the vaccine. The expectation is that this will yield 164 primary-endpoint cases within six months.

AstraZeneca’s protocol indicated that statistical confidence will be met when 150 trial participants become ill. The plan calls for only one interim analysis, and that the trial might be halted early if the vaccine shows effectiveness with fewer cases of contamination. However, AstraZeneca’s timeframe for enrolling and assessing study participants was delayed by the need to address the report of a serious adverse event in its Phase III study. Although the sponsor resumed its vaccine trials in the UK, Brazil, and South Africa, US testing remained on hold as officials at the National Institutes of Health (NIH) moved to investigate further the cause and nature of the adverse event and whether it was triggered by the vaccine or an unhappy coincidence. US authorities were concerned that the sponsor failed to reveal specifics on the safety issue, which outside clinicians identified as the rare spinal inflammatory disorder transverse myelitis.

In launching its Phase III ENSEMBLE study a few weeks later for its vaccine candidate, Johnson & Johnson’s Janssen unit also unveiled its complete study protocol to assess its recombinant adenoviral vector vaccine in 60,000 participants, with 30,000 receiving a placebo. A main advantage of this shot is that it only requires one dose, which stands to accelerate the testing and data analysis process considerably. J&J will monitor trial participants until 154 COVID-19 related events occur to assess whether the vaccine provides sufficient protection against COVID-19.

Novavax announced on Sept. 24 that it, too, had initiated its first Phase III study to evaluate its COVID-19 vaccine candidate, which has demonstrated high potency in early testing. It is being first tested in 10,000 volunteers in the UK, with plans for a second 30,000-patient study in the. At that time, the company said it planned to publish its UK study protocol to support transparency. Its initial announcement indicated that this first study has two primary endpoints, as compared to one for other vaccine trials, which may increase the time needed to demonstrate efficacy in moderate or severe disease.

The disclosure of these usually confidential details on research endpoints, assessment timeframes, and study analysis plans aim to promote information sharing among vaccine developers, and also build public confidence. Although vaccine study sponsors had provided the usual public information on study sites and enrollment plans, more details on statistical analysis efforts should facilitate outside assessment of decisions by sponsors to seek input from independent data safety monitoring boards or to stop a trial early. And with the US government providing billions in support of most of these vaccine development programs, independent scientists believe the public has the right to such information. 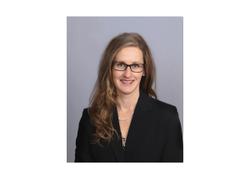 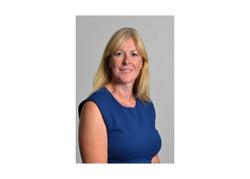 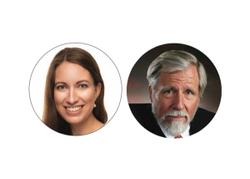