The European Medicines Agency has announced progress with its plans to increase access to clinical trial data and transparency.

The European Medicines Agency has announced progress with its plans to increase access to clinical trial data and transparency, and is making this topic an urgent priority during 2013.

During a special workshop held in London on November 22, 2012, the EMA identified five key areas of concern: protecting patient confidentiality, clinical trial data formats, rules of engagement, good analysis practice, and legal aspects. It is forming advisory groups that will start work on these topics in early 2013.

Nominations for membership of these groups were due to close on December 21, 2012. On December 18, an EMA spokeswoman told Applied Clinical Trials she was not able to confirm the exact number of applications, but she noted that there were over 60 responses in the first two days. "We are very pleased with the outcome and the deadline will not be extended," she added.

The agency has promised to inform interested parties about the final membership of the groups in early January 2013. The agency will only accept one member from the same organization in each advisory group.

Both Executive Director, Guido Rasi, PhD, and Senior Medical Officer, Hans-Georg Eichler, MD, have taken a personal interest and been closely involved in the process. They support the concept of proactively publishing clinical trial data and enabling access to full datasets by interested parties.

According to an EMA statement, "Each group will meet one to three times between January and April 2013, with meetings taking place both face-to-face and via teleconference. Participants will also need to provide input via e-mail during the drafting of documents. The policy on proactive publication of clinical trial data is expected to come into force on January 1, 2014."

The groups will address the following questions over the coming weeks:

A number of practical and policy issues need to be addressed before complex datasets can be made available, according to EMA. The main goal of the London workshop was to elicit the views, interests, and concerns from a broad range of institutions, groups, and individuals to help the agency define the modalities of proactive access to clinical trial data.

"We must ensure that all information from all trials, past and present, are available to all doctors, patients, and academics. This is the only way to make informed decisions," said Ben Goldacre, MD, a UK-based commentator and author who covers clinical research.

Another workshop participant, journal editor Virginia Barbour, said that any move toward better transparency must be a global initiative. She admitted there are many practical issues to sort out, but they are not insurmountable if everybody works together.

"The days of secrecy must end," Peter Gøtzsche, a Danish medical researcher who is Director of the Nordic Cochrane Center at Rigshospitalet in Copenhagen, told attendees at the meeting.

The European Federation of Pharmaceutical Industries and Associations (EFPIA) is committed to working with EMA and other stakeholders to develop an approach to foster transparency that is appropriate and balanced, according to Susan Forda, PhD, Chair of EFPIA's Scientific, Technical, Regulatory Policy Committee.

According to François Houÿez, representative of EURORDIS (Rare Diseases Europe, a non-governmental patient-driven alliance of rare disease patient organizations), gaining access to clinical trial data would benefit many people. "It would be useful to those people looking for new products in different indications, especially if we had access to the data for products that did not make it to market," he told delegates at the London meeting. 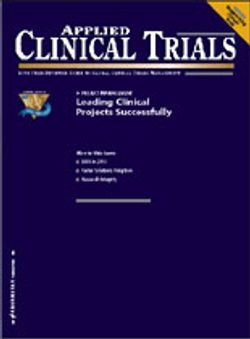 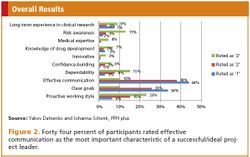