The EMEA updates its positions on placebos, Crohn?s disease trials, and postmarketing surveillance of drugs used by pregnant women.

The EMEA updates its positions on placebos, Crohns disease trials, and postmarketing surveillance of drugs used by pregnant women.

The European Union is trying to stay abreast of the world that changes around it. The last few weeks before the summer saw a flurry of activity from European regulators as they sought to update the rules they impose on drug development so that European medicines stay competitive and Europes subjects stay protected.

One of the moves was provoked by the recent revision of the Declaration of Helsinki. The European Agency for the Evaluation of Medicinal Products (EMEA) believes that the new version of Helsinkiwhich was issued in October 2000could rule out placebo trials, so it has issued its own position statement making sure that the door is left open in Europe to such an approach, contrary to any more restrictive interpretation of Helsinki. 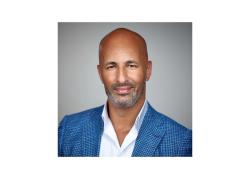