The Austrian capital, Vienna, has reportedly joined the growing list of frontrunners in the keenly contested race to secure the future head office of the European Medicines Agency (EMA) after the U.K. leaves the European Union (EU) in March 2019. Stockholm, Copenhagen, Amsterdam, Barcelona, and Milan are thought to be the other leading contenders, but a final decision is unlikely to be taken until November in a secret ballot of the EU Council of Ministers.

Austria’s health minister Pamela Rendi-Wagner and Vienna’s financial city councillor Renate Brauner presented their application to host the EMA in Brussels on Sept. 11, according to a report in the Express, the U.K. daily newspaper. The contest is now particularly fierce, with 19 cities, including Vienna, vying to become the new home of the EMA, it noted.

The EU Commission was set to examine all applications by the end of September, but according to diplomats, there will be no shortlist. The latest estimate suggests the cost of moving the EMA out of the U.K. will be around £521 million ($705 million), which is £163 million ($220 million) above the initial estimate, the Express stated.

“The EMA has calculated the cost of moving its operations and staff, and paying off the remainder of a locked-in lease that runs until June 2039, at more than half a billion pounds. Officials previously estimated it would run to £358 million,” the report continued. “This figure includes £401 million to pay off the rest of the lease, £34 million to kit out its new home, £47.4 million for relocating the agency’s 890 strong workforce, and £21.7 million on IT and audiovisual equipment and meeting rooms.”

In 2015 alone, the EMA attracted 36,000 visitors, including scientists and health professionals, the report added.

Guidelines seen by The Wall Street Journal say the European Commission will assess bids on a series of strict criteria, including airport access and local schools, according to the Express report. Spanish health minister Dolors Montserrat set out the case for Barcelona to host the agency during a visit to Brussels in May.

“Barcelona is ready to host the EMA now. No one is offering a better combination of location, facilities, services, and a high quality of life from both a professional and social perspective than Barcelona,” she said.

Amsterdam was the early favorite to secure the EMA, according to a report published by The Guardian newspaper in August. In the Dutch application submitted to the European Commission, it said that losing the agency will prove a double blow to London when Brexit forces its move.

“The relocation of the agency will have considerable impact, not only because it has to move its headquarters and personnel, but also because the relationship with the U.K. Medicines and Healthcare products Regulatory Agency (MHRA) will change and potential risks need to be minimized in the event of a hard Brexit,” the document stated.

The MHRA enjoys a lucrative relationship with the EMA, for which it carries out between 20% and 30% of the vigilance and licensing work the agency is responsible for, the report noted. The Amsterdam bid says this could change after Brexit, and that the Netherlands is well-placed to provide an alternative.

“Brexit will not only result in the relocation of EMA to another EU member state, but also very likely in a dramatic reduction, or withdrawal, of the work of the MHRA and the Veterinary Medicines Department (VMD) in the assessment of medicinal products for human and veterinary use,” the authors wrote. “The MHRA and VMD currently also provide various services to the agency, including scientific support and [small] research assignments, regulatory advice to EMA experts, and the uptake of unclaimed scientific procedures. The Dutch Medicines Evaluation Board is able to provide a similar level of service to EMA in the event of its relocation to the Netherlands.”

According to The Guardian, a spokesman for the MHRA said it did not necessarily believe the work it currently carried out would be lost post-Brexit. 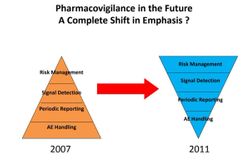 The Shifting Perspectives on Pharmacovigilance in Europe