FDA inspections Outside the USA: An Eastern European Perspective

The first U.S. investigational new drug (IND) clinical trials outside of the United States were conducted in Europe in the late 1970s. In the early 1990s, Central and Eastern Europe (CEE), Latin America, Asia, and selected countries on the African continent (mostly South Africa) became involved in clinical trials.

The first U.S. investigational new drug (IND) clinical trials outside of the United States were conducted in Europe in the late 1970s. In the early 1990s, Central and Eastern Europe (CEE), Latin America, Asia, and selected countries on the African continent (mostly South Africa) became involved in clinical trials.

The large pharmaceutical companies have actively recruited in regions outside the United States for their multinational trials.1-5 However, it appears that the smaller American biotech companies have been more cautious. New classes of drugs7,8 and new guidelines6,9 have appeared that include the participation of investigators from CEE, Latin America, and Asia.

This makes it even more important to have a reliable, open information source that can offer an unbiased assessment of investigator performance worldwide. The U.S. Food and Drug Administration (FDA) is the only regulatory authority which maintains an open register of all inspections, i.e., inspections performed as a part of the Bioresearch Monitoring Program10 in other countries where U.S. IND trials are conducted. The Clinical Investigator Inspection List maintained by the Center for Drug Evaluation and Research covers inspections performed in 56 countries since 1977. As of 2004, the latest inspections have taken place in the Baltic countries Estonia, Latvia, and Lithuania, recent entries into the European Union.

Last year, we published a review of available information on the quality of data coming from CEE and compared it with other regions.11,12 We have expanded the scope of this paper to include the nature of deficiencies reported from different regions. This analysis may help to identify the regions of concern for pharmaceutical companies and contract research organizations (CROs) responsible for the management of clinical trials.

FDA inspections in Eastern Europe began in 1994. We selected this 10-year period as a logical place to begin our analysis of good clinical practice (GCP) compliance. Inspections dated from January 1, 1994 onward were selected for analysis. We believed it was especially important to select the same time window for analysis of inspection outcomes in different regions because of the ongoing development of ICH GCP guidelines.

In total, data from 3178 inspections whose files have been closed with a final classification as of 4 May, 2004 were reviewed. Of all these, 2765 inspections were performed in the United States, and 413 in non-U.S. sites.

We grouped countries into several regions based on the geographical principle and compared their performance with the corresponding data from the United States for the same period:

We did not consider the Middle East as a representative region due to the low number of inspections (one in each country), and therefore we have not included it in further calculations. The data concerning the African region should also be interpreted with caution, since the vast majority of inspections (19 of 24) were performed in South Africa, which perhaps is not representative for the entire continent.

and average number of deficiencies per inspection.

Figure 2. Nature of findings reported in the major non-U.S. regions compared with the USA data. Numbers in the centers of the pie diagrams indicate total number of findings per regions.

II. Deficiency Code: the description of the inspection deficiency.

III. The third variable used for comparison was the mean number of findings per inspections calculated as number of VAI and OAI deficiencies divided by total number of inspections.

No action or official action indicated?

It is not often FDA inspectors return home without findings. The No Action Indicated (NAI) code is assigned to inspections that do not require any follow-up. This can be due to finding insignificant or no deficiencies upon inspection.

However, the Official Action Indicated (OAI) code is assigned to findings that were considered serious, significant, and that could jeopardize validity of study data. FDA data shows that the most common reasons for OAI codes during the defined period were failure to obtain patient informed consent or an inadequate consent form (16% of all OAI codes), inadequate drug accountability (12%), failure to adhere to protocol (20%), and inadequate and incorrect records (21%).

Figure 1 shows that two regions appeared to be OAI-free, i.e., Eastern Europe and Canada/Australia/New Zealand. NAI inspections were reported to a greater extent in the CEE (49% of all inspections).

Remarkably, FDA inspections performed worldwide showed similar patterns of deficiencies regardless of the region. The five most common codes accounted for 80%-85% of all findings: 1) inadequate consent form, 2) inadequate drug accountability, 3) protocol violations, 4) inadequate/incorrect records and 5) failure to report adverse drug reactions. As noted in Figure 2, distribution of the common deficiencies was also similar between the regions with the exclusion of Eastern Europe and Asia.

In the CEE regions, inadequate/incorrect records were the most common finding, accounting for 47% of all deficiencies. On the other hand, the number of problems with drug accountability in CEE was negligible compared with other regions (only 3%).

Interestingly, although the number of inspections conducted in Asia was limited, failure to report adverse drug reactions dominated the other findings (29%) compared to the other regions. The next most common finding in Asia was inadequate patient consent forms (21%).

Non-U.S. sites—What have we learned?

We analyzed information available on the FDA Web site10 as we were not able to find a similar review anywhere in the literature. We considered the FDA inspections a reliable and unbiased source of information.

A growing number of trials placed in Eastern European countries led to the increase in FDA activities in the region. Interestingly, the current update of this list one year later reveals 14 new inspections in CEE, five of which were performed in Russia, five in the Baltic states (Estonia, Latvia, and Lithuania), and four in Poland and the Czech Republic. This exponential increase in FDA activities in the CEE may also indicate growing attention to this region and corresponds to the growing amount of data in the area.

This review of ongoing FDA inspections further reinforces the findings we presented earlier.12 Despite rumors and existing prejudice, the Central and Eastern European region remains a solid and reliable arena for conducting clinical trials, in addition to the well-established clinical research sites in Canada and Western Europe. Clinical trials in these regions have been conducted since the early 1990s and have led to a generation of experienced professional clinical investigators, important to efficient and high-quality study conduct.

Russia and Poland, of all the Eastern European countries, have the most inspections compared to other countries (11 and 8, respectively), with findings per inspection index being below 1 for both countries. In fact, NAI code was assigned to 6 of 8 inspections performed in Poland and to 6 of 11 inspections in Russia (Table 2).

To the best of our knowledge, the FDA has not rejected any study from data collected in Eastern Europe. Even state-funded research performed by the National Institutes of Health has also found its way to the Eastern Europe, and a large-scale cardiovascular trial has recently become published.13

We believe that the Clinical Investigator Inspection List demands closer attention and follow-up, since the data it contains carries information on investigator performance, which is an essential component of choosing sites to conduct trials outside the United States.

, "Valsartan, Captopril, or Both in Myocardial Infarction Complicated by Heart Failure, Left Ventricular Dysfunction, or Both,"

3. H.J. Dargie, "Effect of Carvedilol on Outcome After Myocardial Infarction in Patients with Left-Ventricular Dysfunction: The CAPRICORN Randomised Trial," Lancet, 357, 1385-1390 (2001).

The authors would like to thank Asya Shavinskaya for her skillful technical assistance during preparation of the manuscript.

*To whom correspondence should be addressed. 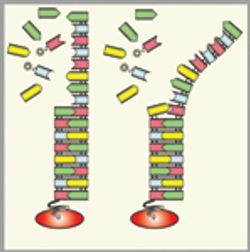 What Do We Know About Clinical Trials?