Study monitors—or clinical research associates (CRAs)—are on the front line of clinical trials. They are the vital link between the project team and professionals conducting the study and recruiting patients. From building and maintaining rapport with investigative site personnel to making sure that study staff are adhering to the protocol; from ensuring data quality and integrity to protecting the safe and ethical treatment of study volunteers, CRA workload and time demands are intense and they are growing.

Increasingly complex protocols and the rising volume of internationally disbursed clinical trials among less experienced investigative sites are but a few of the drivers of CRA workload. In addition, recent studies show that the majority of sponsor companies conservatively interpret regulatory guidelines and require their CRAs to conduct 100% source data verification.

Concerns about the unprecedented demands on CRA workload and the possibility of potential lapses in study oversight and clinical data quality and integrity have prompted the FDA to issue draft guidance, and the EMA to issue a reflection paper, promoting a risk-based approach to study monitoring. These concerns, however, lack basic metrics characterizing CRA workload and time utilization. In fact, no benchmarks or standard methods have ever been developed to evaluate CRA work and time demands. Sponsors and CROs are maintaining internal management metrics, but they're flying partially blind without insight from comparisons with external benchmarks.

To address this need, the Tufts Center for the Study of Drug Development (Tufts CSDD) conducted a quantitative assessment to gather metrics on how CRA time is allocated, how workload is apportioned, and to establish baseline data from which to measure the impact of regulatory reforms and new practices.

A working group of 18 mid-sized and large pharmaceutical, biotechnology, and CRO companies participated in the study. These companies distributed an online survey to 11,156 CRAs operating throughout the world. Completed surveys from 3,970 CRAs—nearly all (94%) are employed as full time study monitors—were analyzed. Seven out of 10 respondents (2,763) were CRAs employed by CROs, and pharmaceutical and biotechnology companies employed 26% (1,030) of respondents. Staffing agencies employed the remainder.

A detailed report on this study is available from Tufts CSDD.

Survey respondents monitored clinical trials across a broad range of therapeutic areas including oncology, cardiovascular, CNS, and endocrine disorders. Most respondents (83%) monitored Phase II and Phase III studies and the remainder focused on Phase I studies.

CRAs have been monitoring clinical trials in their primary therapeutic areas of focus an average of 6.3 years. Wide differences in experience level were observed with US-based, Canadian, and Western European CRAs having the highest average experience—8.6 years, 8.9 years, and 6.5 years respectively. CRAs based in Asia/Pacific, Latin America, and Eastern Europe had significantly lower levels of experience than their peers based in more mature global markets.

CRA workload was measured on a per month basis across several dimensions including:

The Tufts CSDD study provides baseline metrics that managers in pharmaceutical, biotechnology, and CRO companies can use to benchmark the workload and utilization of their study monitors. These metrics show that global CRAs spend 60% of their time conducting on-site monitoring visits and traveling to and from these visits. The results of this study show that North American CRAs work the longest hours and allocate more time to on-site monitoring and travel than do their peers in other regions around the world.

Many factors influence the amount of time that CRAs spend on-site including the volume of source data to review, protocol and recruitment complexity, the number of subjects enrolling in the study and the pace of enrollment, and investigative site experience. It is impossible to determine from this study whether 40% of the time spent in face-to-face interactions, on location, with site personnel is sufficient. Tying this baseline metric to quality and performance measures will serve as a useful benchmark for future comparisons, particularly when changes in on-site monitoring practices including new risk-based monitoring approaches are implemented.

The roles and responsibilities of study monitors are expected to evolve substantially over the next several years due to a number of factors including the adoption of new technology solutions (e.g., electronic health records), the changing global operating environment and infrastructure for conducting clinical trials, and regulatory pressures to move to a risk-based monitoring approach. Pharmaceutical, biotechnology, and CRO companies also face unrelenting pressure to lower clinical development costs and improve efficiency. The baseline metrics from the Tufts CSDD study offer regulators and sponsor and CRO companies the opportunity to quantitatively assess the impact of new reforms and practices on CRA workload and utilization.

Kenneth A. Getz MBA, is a Senior Research Fellow at the Tufts CSDD and Chairman of CISCRP, both in Boston, MA, email: kenneth.getz@tufts.edu. 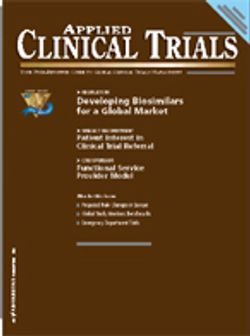 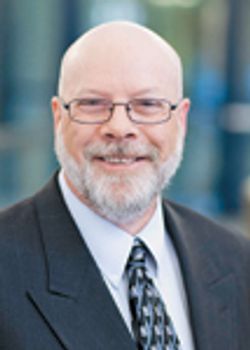