Going With the Flow of Health Care Research

What it can mean for the future of health care studies and how it can benefit clinical trials' patients.

For many years I've been a runner. Not a very fast, strong, or good runner, but a relatively diligent one nonetheless. I didn't run to compete, nor was it a pure health maintenance play—I mostly wanted to use it as an excuse to eat whatever and whenever I wanted without fear of the consequences. At one point, when my age started catching up to me and the pain of each successive run began to exceed the perceived benefits, my wife convinced me to take up cross-training by preparing for a triathlon. This was an interesting challenge, and at first I struggled with all three legs (two of which still kept hurting). Eventually, though, I learned to go with the flow.

In biking, you learn quickly that if you want to conserve your strength for a long ride, you need to draft your teammates (even though, to be honest, drafting is prohibited in triathlons). And the key to effective swimming is to learn to relax into the current whenever you can and cut through the water with minimal disruption—the good swimmer causes nary a ripple. And even with running you need to learn to glide into your stride if you want to have a chance to finish near the front of the pack.

Now, going with the flow doesn't mean shutting down your senses and drifting mindlessly—you still have to know what you want and where you're going. And sometimes it's not so easy to detect the direction of the flow for awhile. Take one example: Suppose you were in the market for a consumer electronic music playing device in 1990. Where would you go—Sony or Apple—or some other upstart long since gone? Now think again in 2010. Flows can suddenly change direction, so you have to be constantly alert.

Nor does it mean letting fate take control of your business. As industries develop or hatch from the embryonic idea stage, there soon arrive many competitors striving for a foothold. Over time, the industry matures, and some of these drop away, while others get pulled into a stronger, larger group. The ones that survive know—or successfully guess—which way the current is flowing, and find a way to go along.

Nor does it mean giving up on innovation. We don't need to replace electricity because there are so many ways to produce it and an endless number of new things we can do with it. The current is moving, but we also have an infinite number of opportunities to add our own propulsion.

And so it goes with clinical research. We've had a history shaped by the scientific method. Research was only indirectly about treating patients—the main purpose was to study and learn. We define experiments and collect data. Of course, the process happens to involve doctors and patients at the crux of the experiment, but that was just another factor to address in the course of the research project. Each individual trial was its own individual eddy in a sea of studies. We took them one at a time in our own way, on our own terms. After all, it was our own experiment, and we defined the protocol on what we wanted done.

And the world of health care seemed to be a different world then, somewhat distant from the one in which we normally operated. Physicians participated to serve the study's needs.

But that world has changed, and now health care information is being captured more and more in electronic systems with its own mother lode of latent research information. There are many more reasons why such information needs to be exchanged electronically between different organizations for different primary purposes, and it must be done so seamlessly in a way that it can be consistently communicated and understood if we are ever truly able to leverage the transition. And more and more secondary uses for this data are also being defined by many different stakeholders around the world.

So we can expect such data to eventually flow in a continuous stream, stretching toward many different directions.

How will this affect our sheltered microcosm of clinical research? Well, we can anticipate that the structure and meaning of data will coalesce around certain interoperability standards, which will eventually converge across all participants in health care and research.

And, we can imagine that the world of research will need to change. Instead of continuing to write our own individual protocols that dictate what we want to ask and how we want it answered and setting up a study to collect the information we want in our own individual way, we'll need to tap into the stream to pick the types of observations that we want to collect, and learn to collect them in their native, atomic form as they flow down the current. We'll choose a specific lure for each type of question we want to ask, and tap into the stream for the answers. We'll process and interpret those answers, adjust our objectives in a new or revised protocol, and go back to the stream for more. Once we've skimmed off what we need, we can revert to our normal state of making that information structure and format conform to our specific research standards and preferences—while retaining the option of always drilling back down to the raw health care data in the flow when we need to.

But the crucial leap in this vision is to conduct a study that goes with the flow instead of diverting it into our own preferential direction. Protocols must specify procedures and observations to collect in a way that the native health care systems will be able to directly interpret and implement—in their own language, not ours. Any incremental data we need for the study that would not normally be collected should be added to the comprehensive pool of health care information for the patient—to be available to future caregivers as part of the patient history long after the trial has ended. And when a regulatory authority wants to understand more about the individual characteristics of a patient or set of patients—they'd also be able to tap into the flow to view whatever else may have happened before or since.

This method of tapping into the continuous health care information flow will extend not just to controlled clinical studies but to observational registries and epidemiological studies as well—in fact, those are probably the best places to start. And there are many significant activities already in these areas involving both informatics tools development by individual technology companies and prominent public-private initiatives such as Sentinel, OMOP, and EU-ADR. Up until now, these efforts have been hindered by the disparate nature of the currently available data and the extreme effort of transforming it and imposing semantic consistency. The flow is more like a muddy flood now, carrying a disparate range of detritus from many different sources. We have a long way to travel before there is a uniform set of structural and semantic standards broadly enough adopted to accurately and consistently convert this into a clear, fast-running stream.

Now the necessity of making so many professionals agree to and conform with a common language is no mean task—how many of us communicate in Esperanto? We need to embrace new methods of describing information, especially the semantic Web, as well as identifying common ontologies and terminologies among a community much more vast than our traditional neighborhood. We need to stop arguing about which coding systems are better and why it's too difficult to change. Instead, we must learn to accept that we all must change and that change will be easier if we all change toward a common goal. Only then can we get back to scientific exploration with confidence. Or, as Benjamin Franklin put it during another time of great change: "We must all hang together, or assuredly we shall all hang separately."

This will be a different way of thinking about research, recognizing the inevitable convergence of health care technologies—and information—with research. It will require new tools and new ways of thinking. It will take us quite awhile to get there, but we can already see the landmarks pointing us downstream in that direction.

Of course, there is much more that can be said about this way of thinking about clinical research, and I've already reached my word allotment for this month. And of course there are many obstacles beyond standards and technologies, such as privacy, cost, and politics. As the classical conclusion to most research papers would typically say, "There is much more to be done" before any conclusive results can be drawn.

In the meantime, keep your head up, while you dip your fingers into the stream, and start paying attention to that flow. One of these days it will sweep us all away.

Wayne R. Kubick is Senior Vice President and Chief Quality Officer at Lincoln Technologies, Inc., a Phase Forward company based in Waltham, MA. He can be reached at [email protected]. 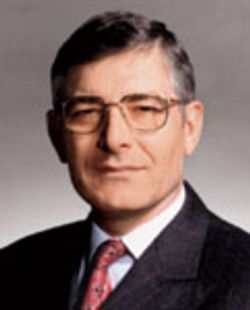 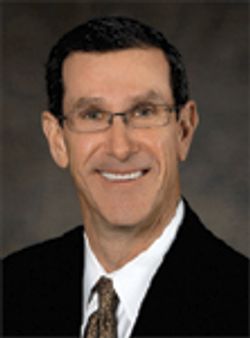