How Do You View the Future of Wearables?

According to an October 2015 Gartner Group report,1 by 2017 less than 10% of clinical trials will incorporate a wearable device. The success, Gartner analysts believe, hinges on the ability to integrate wearables with data exchanges and cloud-based analytics, and connection to e-clinical systems.

In the same month, Applied Clinical Trials and SCORR Marketing set out to uncover wearables usage in clinical trials among our audience. The resulting report from our joint survey was produced by SCORR and is available for free download here.

Slightly more than half of our respondents are aware there are current pilot studies being conducted with wearable technology. For example, Medidata

last June announced the results of its behavioral study in overweight adults with type 2 diabetes. According to the company,2 the MOVE-2014 study participants exhibited high compliance with charging and using the mobile devices, which included wearable activity trackers and smartphones. The study also showed that quantifiable, objective data could be securely pulled from the devices into its Medidata Clinical Cloud® platform-and integrated with other clinical trial information-in a regulatory-compliant manner.

PPD recently shared with Applied Clinical Trials that it participated in an early-stage feasibility study of a wearable device-plus-smartphone application. The patients received medications, the wearable device-plus-smartphone technologies, and training to use the devices and smartphones, with the goal to test as many hypotheses surrounding the uses and types of wearable technologies as possible (i.e., smartphones provided with the study mobile app installed vs. downloading the study mobile app to the patient’s own smartphone).

While the Gartner Group’s report is slightly pessimistic, there are glimmers of hope for the adoption of clinical trials using wearables. Our survey found that between 30% to 41% of trials were currently incorporating wearables

for either drug delivery or monitoring. And, if our respondents predictions are correct, the majority (over 90%) believe that in three years more trials will utilize wearables and that in three years the positives of wearable technology will outweigh the negatives.

And what were the negatives? Our respondents were concerned with patient compliance, data validity, costs, data security, and data context in that order. According to the Gartner report, for the long-term use of wearables in clinical trials, they will need better hardware, better sensors, and tighter integration into a mobile health ecosystem that provides industry standards for maintaining health data integrity and security. 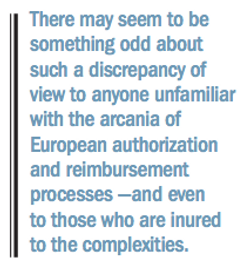