The Ills of Europe Need Attention

It's official. Europe is sick-and much of the sickness derives from its economic problems.

It's official. Europe is sick-and much of the sickness derives from its economic problems. That's the verdict of European Commissioner for Health and Food Safety Vytenis Andriukaitis, and Angel Gurría, Secretary-General of the Organization for Economic Co-operation and Development. They say: "The economic crisis has led to adverse population health outcomes."

In a status report on Europe's health-“Health at a Glance: Europe 2014”-they say the number of people suffering from depression has increased in several European countries, as a result of growing unemployment, financial hardship, and stress. So although broad measurements of health status such as life expectancy have continued to improve in nearly all EU member states, it will take years to fully assess the impact of the crisis on public health.

Their view confirms the gloomy prognostications from other official bodies, as well as from patient groups, health campaigners. A World Health Organization study concluded that countries implementing austerity measures have seen the re-emergence of malaria and the transmission of dengue fever, while in Greece a major upsurge in HIV infections amongst intravenous drug users has been seen.

The European Patients Forum has highlighted the challenges arising from the crisis. It made access to quality healthcare a central plank of its manifesto for the 2014 European Parliament elections. Yet, it said, this "basic EU citizens’ right" is "still not a reality for many of us-a situation made worse by the economic crisis."

In similar vein, the European Public Health Alliance has pointed out that nearly half the population of Bulgaria was deemed to be at risk of poverty or social exclusion in 2012, closely followed by Romania (where more than 40% fell into this category), while in Greece, the number of people at risk of poverty rose from 28.3% in 2007 to 34.6% in 2012. The proportion of public spending dedicated to health has fallen in most member states since 2008-including a 30% cut in just two years in the Czech Republic.  Plans to close, merge, or centralize hospitals have been speeded up in Denmark, Greece, Latvia, Portugal, and Slovenia. The proportion of the population reporting unmet need for medical examination or treatment rose in Belgium, Greece, Italy, and Latvia. And households in the UK are buying less healthy foods.

The official line from the European Union and OECD is that "despite the difficult financing conditions, the quality of care has continued to improve in recent years in most European countries." The new status report cites a 40% decrease over the past decade in mortality rates for people suffering a heart attack, and a 20% reduction after strokes. But it acknowledges that these average figures across EU countries conceal "large gaps in the probability of surviving these life-threatening conditions across the European Union."

The official conclusion is that "efforts are needed to promote healthy lifestyle, protect healthy living standards and to improve the prevention, early diagnosis, and treatment of diseases in countries that are lagging behind. Countries across Europe need to ensure that effective strategies are put in place to prevent diseases so as to reduce the disease burden and, as such, to contribute to the sustainability of health systems."

It's not too hard to see that there could be implications for those at the forefront of medical science-and particularly for the pharmaceutical sector. The official emphasis is shifting increasingly and inexorably towards prevention and early diagnosis. Smart money, and smart research, is likely increasingly to follow this trend. Niche research and rare diseases may find it harder than ever to win funding, despite widespread talk of the personalized medicine revolution. And the shift in emphasis is fully backed by the big health campaigners too. Nina Renshaw, who has just taken over as Secretary-General of the European Public Health Alliance, argued in her end-of-year greetings, "investment in good health and especially investment in prevention should be a priority." Observing that the European Commission regularly points out that only 3% of health budgets across Europe are invested in prevention-and "the figure from the EU’s own spending is even less"-she says: "That points to where the EU should start the new agenda for a real change, and what better time to mull this over than the season of over-indulgence and over-spending?" 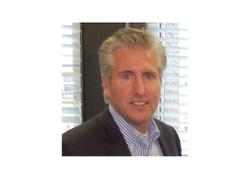