With greater attention and acceptance of biomarker use in clinical trials, the Society of Nuclear Medicine (SNM) is hoping to capitalize on its expertise in this area through the creation of the SNM Clinical Trials Network.

With greater attention and acceptance of biomarker use in clinical trials, the Society of Nuclear Medicine (SNM) is hoping to capitalize on its expertise in this area through the creation of the SNM Clinical Trials Network. The basic model of the Network is to utilize imaging biomarkers in conventional drug development through multicenter clinical trials offering standardized protocols across qualified sites.

Launched in early October, the network has been in continuous discussions with FDA during the past two years on issues related to biomarker use in clinical trials. In September, it received approval for the first multicenter centralized IND for F-18 fluorothymidine (FLT). FLT-18 is an investigational PET imaging biomarker that may be effective in measuring tumor proliferation as a surrogate marker for novel cancer therapies. In December, The Journal of Nuclear Medicine published an article where researchers noted that "PET finds more areas of active cancer than other imaging tools..." Active clinical trials utilizing FLT are expected to begin in 2009.

Robert W. Atcher, PhD, MBA, president of SNM, told Applied Clinical Trials, the fundamental question is how does one use a surrogate marker to aid in development of new drugs? "Currently, the effectiveness of the drug is based on tumor volume, whether it is increasing, decreasing or staying the same. It is crude, given the tools we have," said Atcher. "If you use FLT, the tumor marker of cell proliferation, you are measuring to see if the cells are reproducing. You can see the change much more quickly [in cell proliferation vs. tumor volume]."

Using biomarkers is not traditional, and the FDA's commitment is pivotal. In regard to the network, pharmaceutical companies will be able to cross-reference an SNM-sponsored centralized IND for multicenter trials via the Biomarker Use Pathway. The use of biomarkers in trials can demonstrate drug safety and efficacy more efficiently if included in the protocols, according to Atcher. In addition to working closely with FDA and the pharmaceutical company in the trial design process, SNM has started a clinical trial registry of sites that will adhere to SNM standards to assure imaging consistency in multicenter trials.

For industry, the first step in using imaging biomarkers is recognizing that sites image differently. The information is not standardized or measured the same across the sites. "They may have one site using an imaging agent. A single site in a fairly early stage of development positions them so they can expand out to Phase II use," explained Atcher. "But our network leads by providing access to the multicenter IND and ensuring that all the sites are utilizing the same protocol. You have all of the sites screened by some mechanism so they are engaged identically in the imaging part of the drug." SNM sites have to pledge they are operating under the guidelines suggested by the organization.

"These imaging biomarkers are of primary use in the development of oncology drugs," said Atcher. "But moving forward, the companies participating on advisory committees will contribute to the next compound for application for a multicenter IND. To date, SNM is focusing on those compounds that do not provide patent protection because they have been in use too long. If the company elects to utilize a proprietary agent that the company has licensed or developed itself, they have the option of accessing the trials network, as well. It's a parallel path," explained Atcher.—Lisa Henderson 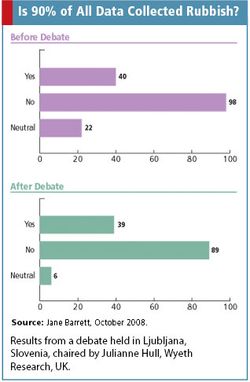 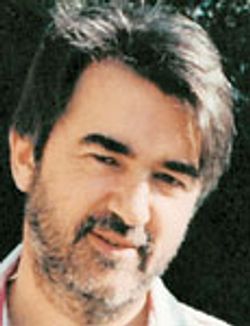 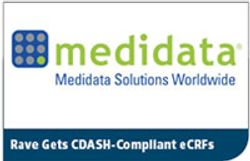