Pressure is growing on clinical trial organizers to involve more pregnant women in research, following the publication of a Dutch study that found no evidence of expectant mothers being vulnerable because of informed consent, susceptibility to coercion, or vulnerability of the fetus.

Pregnant women remain underrepresented in clinical research and sometimes are excluded because of their supposed vulnerability, but there are no universally accepted criteria for considering them as vulnerable, Indira Samantha Elisabeth van der Zande, from the Julius Center for Health Sciences and Primary Care, University Medical Center Utrecht, the Netherlands, and colleagues wrote in an article posted online in July by the Journal of Medical Ethics.

“The only reason why pregnant women are potentially vulnerable in clinical research is to the extent that they are increasingly exposed to higher risks due to a lack of scientific knowledge, which might render them vulnerable as research subjects,” noted the authors, who performed a conceptual and empirical analysis and literature search of vulnerability applied to pregnant women.

Dosing and safety information is typically extrapolated from studies in non-pregnant patients, and when market-approved medications for humans are tested in pregnant women, Phase I and sometimes Phase II clinical trials involving pregnant women are not undertaken due to various issues such as time and cost issues, liability fears, or a fear of harming the fetus, they explained.

Instead, Phase III trials tend to be initiated based on information obtained from safety data in non-pregnant humans, on preclinical data with pregnant animals, on voluntary case reports, or on information from inadvertent pregnancy exposures in which women became pregnant during a clinical trial, according to van der Zande and colleagues.

“Such information is often incomplete and difficult to interpret, for example, because coincidence and causation are hard to distinguish and because the information cannot be used to assess teratogenic risk,” the authors wrote. “Moreover, in the case of inadvertent pregnancy exposures during clinical trials of new products, available data are usually insufficient to permit an adequately powered statistical analysis that could then later be used for clinical research in pregnant women.”

Due to the lack of scientific knowledge on medications and interventions, pregnant women may face an increased likelihood of incurring a higher exposure to risk in clinical research, they added.

Depending on the context of a research protocol, pregnant women may have a claim to special protection. Research ethics committees (RECs) have a responsibility to protect vulnerable persons and have certain obligations with regard to pregnant women, but discussing the lack of scientific knowledge in committee review meetings is insufficient, for the issue comprises a much broader domain, the article explained.

“Only a joint effort to promote fair inclusion by funding agencies, drug authorities, researchers, methodologists, pharmacologists, guideline committees, and RECs can successfully reduce pregnant women’s vulnerability,” the authors stated. “Now that we have established that there is really only one vulnerability that needs to be addressed, the discussion can advance to the development of practical strategies to promote fair inclusion of pregnant women in clinical research.”

In a linked editorial, Carleigh Krubiner, PhD, research scholar at the Berman Institute of Bioethics, Johns Hopkins University, Baltimore, Maryland, noted that when it comes to research participation, the designation of “vulnerable” for pregnant women is inappropriate and disrespectful.

“There is nothing about the state of pregnancy that renders pregnant women incapable of offering valid research consents or refusals,” she wrote. “Moreover, rather than protecting the health interests of pregnant women and their offspring, this designation has had the opposite effect.”

There is a desperate need to shift the paradigm to protect pregnant women through research, not just from research, according to Krubiner. 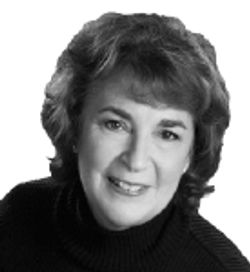 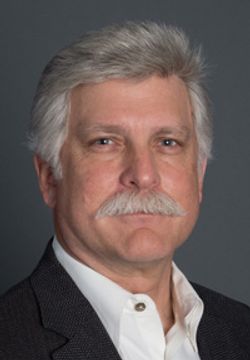 Getting Real-World Physicians into Observational Studies