Results reveal insight into the roles, activities, pressures, and priorities of study coordinators.

Understanding and responding to the daily challenges that sites face, as well as their views on the tools they use to communicate about and manage the study, can also foster a better working relationship between the site, study sponsor, CRO, and central laboratory.

In 2008, ICON Central Laboratories, a global central laboratory provider, surveyed over 9000 investigator sites around the world to obtain more detailed information about the environment in which sites work, the stresses they encounter, and the types of services that might improve the way they manage daily research activities. The survey responses provide interesting trends and insights regarding how study coordinators, in particular, view and/or are affected by:

These results offer study sponsors, CROs, and central laboratories guidance in how they can refine their services to better support investigator sites as they fulfill their critical roles in the conduct of clinical trials.

ICON Central Laboratories' first annual investigator site survey was conducted in May 2008. The survey was disseminated via email to over 9000 sites worldwide using a commercially available Web-based survey software. It included 33 questions, most involved the use of a rating scale as well as "skip logic," which drilled down to additional questions only when previous responses warranted it. The survey also included several open-ended questions to permit elaboration and additional comments.

Input regarding the survey design was obtained from B2B International, an internationally recognized market research firm with experience in the pharmaceutical industry. The survey was conducted in English only. To improve response rate, responders were entered into a drawing to receive one of 15 iPod nanos.

The overall response to the survey was 24%, a rate considered quite good given the mode of survey delivery, the nature of follow-up, and the single language (English) in which the survey was provided. The response rate from North American sites, which represented 69% of those surveyed, was 26%. The response rate for sites in the rest of world (ROW) was 19%. The regional distribution of respondents is indicated in Figure 1.

Due to the low response rate in certain countries/regions, it was not possible to perform a comprehensive geographic analysis of the survey responses. However, some differences could be discerned between some regions and countries that could prove useful in both targeting and refining services.

Respondents were overwhelmingly study coordinators, with 85% describing themselves as serving in that role. For that reason the responses of study coordinators are the focus of this article. Figure 2 displays the distribution of respondents by research role.

For the survey, as a whole sites were fairly evenly distributed by inpatient, outpatient, and strictly research facilities. However, when analyzed by country/continent, there were some significant differences, notably the percentage of respondents in non-U.S. sites that indicated their setting was a hospital. This trend likely reflects the manner in which health care is delivered from country to country and, in the case of the United States, also reflects the degree to which clinical research has permeated all facets of the health care delivery system.

One objective of the site survey was to ascertain the work intensity and stress associated with managing research. As one such measure, survey participants were asked the number of clinical investigators for whom they worked. The responses trended bi-modally with a relatively even distribution between site personnel working for only one investigator or for between three and five investigators.

As another possible indicator of job stress and intensity, participants were asked whether their positions entailed performing non-research related tasks and, if so, what percentage of time was spent on such activities. Almost all coordinators had at least some non-research related functions, although there were some significant geographic differences with respect to the amount of time spent outside of research. Figure 3 reflects some of these regional differences and may offer insight for CRAs as they plan site visits and other interactions involving coordinators.

On a qualitative level, respondents were asked what they viewed as the most frustrating aspect of the job on the day of a subject visit. One study coordinator reflected the view of many respondents by stating, "I try to plan ahead as much as possible, but when my subject is late the whole day is thrown off and it becomes a real challenge to meet the courier pick-up time." Study coordinators also indicated that even when time pressures were not present, the stress of trying to meet the needs of the study subject was a contributing factor to daily stress. One U.S.-based study coordinator reflected this trend, noting that the job is stressful even "when everything goes off as planned but we have to tell the subject 'you are not eligible for the study.'"

ICON Central Laboratories was particularly interested in understanding sites' access to and attitudes toward computer assisted services in managing their day-to-day research activities. Virtually all sites, regardless of geography, had good physical access to the Internet, email, and other research-related software. Interestingly, however, the U.S. coordinators indicated the most difficulty in gaining access to a computer in their work areas, with 22% responding that they did not have good access. A distant second was Western Europe, with 8% indicating that access was a problem. Otherwise, coordinators in other regions did not view computer access as an issue.

With the growing use of EDC to efficiently collect study data, ICON Central Laboratories opted to survey respondents about their experience in using such software, particularly as it relates to capturing lab results. The vast majority of sites (90%) had used EDC in the management of a study and, of those, 40% had used it to capture lab-related information. Those using EDC for lab data collection generally found the software helpful, with 70% indicating it was quite helpful or very helpful to them.

Respondents were categorized as "not computer adept" [only 3% of coordinators were in this category] if they:

Prior to conducting the survey, it had been assumed that study coordinators who were more computer adept would tend to favor certain service features. However, that was not the case. The survey data show that coordinators, regardless of computer adeptness, prefer receiving lab reports via fax. In fact, 80% of coordinators rated fax delivery as a good to excellent mode of delivery vs. mailed hard copies, emailed lab reports, and report retrieval via a secure Web site. That number is slightly higher among noncomputer adept coordinators, but not significantly.

When report delivery preferences were analyzed by geographic location, a significantly different picture emerged. Coordinators in the United States favor fax delivery, with 55% favoring that mode and only 29% opting for email. In all other regions, emailed reports were preferred to fax. In many countries, when those preferring email delivery and access via secure Web site were added together, they represented 50% or more of the respondents.

The most apparent difference between the two groups related to their preferences for new on-line services. The introduction of more computer intensive services such as a Web-based requisition form, a Web-based investigator manual, the ability to order collection kits and supplies online, and the ability to process shipments via the courier's Web site instead of using preprinted airway bills were viewed more favorably in the "computer adept" group, although both groups expressed fairly high levels of support for such new services.

Coordinator attitudes toward using computer technology seemed to reflect either one extreme or another. "The less I have to go searching on the Internet for lab reports or anything else, the better," noted one coordinator. While another stated that "using online lab tools would be huge." These polarized responses typified the respondents free text comments in this section of the survey.

Since investigator meetings serve as an important means for communicating information about lab and other study-related matters, two questions were included in the survey to better understand this area.

The first question related to whether coordinators had actually attended an investigator meeting and heard the lab presentation. Surprisingly, the percentage responding "yes" to this question varied significantly, depending upon the geographic location of the coordinator, with 74% of U.S. study coordinators having attended such a presentation and only 55% of non-U.S. coordinators indicating such attendance. More investigation is needed to understand why this disparity exists, since such presentations are routinely provided as a part of the central laboratory's service package, regardless of the meeting's location.

The second question asked respondents to rank the lab-related topics of most importance to them when attending the investigator meeting. The question was posed to determine if regional differences would justify a different approach to such presentations depending on the countries participating in a study. Few regional differences were identified from the responses, with virtually all respondents ranking the explanation of kits, the overview of specimen collection instructions, and contact information as the most important topics to address in the lab's presentation.

The survey also asked respondents to rate their interest in a variety of services that could be made available to them in the future. Regardless of location, coordinators seemed to have the same priorities for such services, with particularly high interest in online access to requisitions and study-specific lab manuals and the ability to reorder kits and supplies via the computer.

This first effort by ICON Central Laboratories to survey investigator sites provided significant insight into the environments in which its site personnel work, the way they use and view electronic communications and technology, and the types of lab-related services they prefer.

The high overall response rate indicates a strong desire on the part of sites to provide input that can help improve the conduct of clinical research and more specifically the central lab component. Although the geography and medical environments in which sites work vary, the respondents have more similarities than differences in the way they function and view currently provided lab-related services and potential service offerings.

This annual survey, in combination with the annual client survey distributed to pharmaceutical, biotechnology companies, and CROs with whom ICON works, will continue to play a significant role in the company's continuous quality improvement program and the evolution of its global central laboratory service package. For example, since the survey, ICON has made available much more specimen preparation and packaging information via the Web for its investigator sites and is expanding its site support services via email. 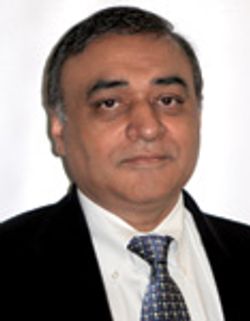 On and Offsite Image Reads 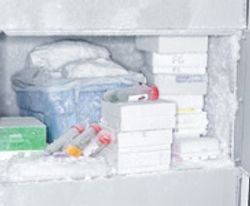 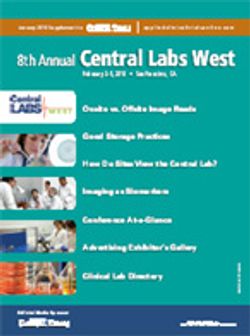