Is Treatment Optimization Coming of Age in Europe?

At the end of June, a novel partnership of clinical researchers and healthcare payers organized a meeting in Brussels entitled “Lifting the veil on treatment optimization.” The concept of treatment optimization has for long been not only veiled, but hidden away in an obscure corner of clinical research activity. The essence of the concept is conducting clinical research in real-world conditions, to improve the standard of treatment for patients. It can bridge the gap between the pre-approval development of new treatments and their real-life—and often suboptimal—use, maintain its advocates, enhancing long-term efficacy, adherence, safety, convenience, and affordability. Its ultimate goal is to expand access to effective treatment to all of those it will benefit. But it has been largely ignored in European policy debates.

AIM, the international organization of mutual insurance funds—and a big player in the Brussels healthcare bubble—co-organized the June meeting, attracted by the idea of an approach that could help generate better data on the appropriateness of the use of medicines, and conscious of its duty to minimize wasteful spending of the premiums paid into insurance funds. “One of AIM’s objectives is to promote universal access to high quality and efficient health care,” says Sibylle Reichert, its executive director.

The European Organization for Research and Treatment of Cancer (EORTC) was the other partner in the meeting. Denis Lacombe, its director general, has long been one of the leading voices urging treatment optimization, with better assessment of new medicines to ensure the most apt use. Improving cancer patient survival and quality of life “can be achieved only if therapies that are clinically valid but also efficient are proposed to all cancer patients,” he said. He believes treatment optimization research should be “a mandatory step for patient access,” and has called for “a re-engineering of the process of treatment development.”

As a concrete example, Lacombe contends that many questions about the best use of immunotherapy remain unanswered: “The ultimate patient population is not defined, and the best duration of treatment remains unclear; questions remain about the dose and schedule.” Answering these could result in huge savings for health systems, he argues. “The literature shows that the vast majority of cancer patients do not benefit from immunotherapy, yet this very expensive treatment is still given to those with tumor types where the evidence is that it will have little or no effect.” He sees the need for a checkpoint where clinical research meets epidemiology and healthcare technology assessment, “to ensure that we take into account not just the interests of patients, but also of society.” Avoiding the unnecessary use of treatment and, consequently, saving moneymeans more patients can be treated, Lacombe says.

The meeting organizers themselves admitted that this is a “so far overlooked aspect of care,” with the result that access to optimal treatment is often hindered by insufficient evidence on clinical-added therapeutic benefit for patients in real life, as well as the lack of information on whether the product could have been efficient at a lower dosage, or in combination with another product or intervention. The EORTC website carries a report from more than a year ago with the plaintive headline “When will the EU take treatment optimisztion seriously?”, reflecting the exasperation at the long—and until recently largely fruitless—campaign to win wide support for the concept.

That is why the recent engagement of healthcare payers in the debate has particular significance. And it was not only mutual insurance funds that attended. The European Social Insurance Platform (ESIP), the organization representing many of Europe’s statutory social insurance agencies, also showed vocal support. Yannis Natsis, its director, concurred that weak evidence leads to issues down the access pathway, down to pricing and reimbursement decisions.

The meeting concluded with a clear call for EU-level action in the upcoming major changes to European pharmaceutical legislation and the detailed implementation of the new health technology assessment regulation. Regulatory processes conducive to the generation of better evidence and treatment optimization must be introduced to ensure better-designed studies, said the organizers. “Only such an approach will be conducive to better outcomes for patients and for public health as well as to fairer medicinal products prices.”

There is another sizeable straw in the wind. Just this spring, EORTC persuaded the European Medicines Agency (EMA) of the need to identify key research questions and best methodological approach to improve the clinical use of cancer medicines. The result is the Cancer Medicines Forum, conceived to engage academia and the European medicines regulatory network in a series of quarterly meetings establishing new routes for identifying evidence gaps and developing more effective solutions for access to cancer treatment. The creation of the forum is a recognition—and at a level as august as EMA—that as new treatments become available, their optimal use often remains poorly documented, leaving patients, doctors, and society facing many questions. EMA itself said at the launch of the forum: “At the time new medicines enter the market, there is an opportunity to improve many aspects with respect to their optimal use and integration into the existing array of treatments. Addressing these opportunities for treatment optimization may require the conduct of studies to collect robust data to further guide clinical practice.”

Until now, Lacombe has been something of a lone voice, lamenting the lack of interest by regulators and drug companies in promoting and supporting studies in optimization. “We need industry. They bring innovation. And we congratulate the regulator for the ability to bring innovation rapidly to the market. But regulatory data does not necessarily have all the information needed. So how do we take this optimization forward?” he said to Applied Clinical Trials earlier this year. “We are not patient-centric and we should have the intellectual honesty to say so,” he added, with some asperity.

Now there is an expert forum dedicated to exploring the possibilities. And—perhaps crucially—there is the beginning of a closer alliance with payers in advancing the agenda. Drug firms, hesitant about sponsoring investigations that might result in less rather than more use of a product they have successfully introduced onto the market, may prove to be more influenced by payers than they have been by academics. There is even talk now of involving payers in the new forum. It may be too soon to speak of a coming of age for treatment optimization, but the moment may mark the beginning of a vigorous adolescence. 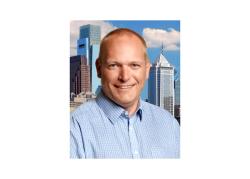