Readers respond to articles and editorials.

Having realized that your prestigious magazine arrives to its 10th Anniversary this month, I am more than pleased to convey my warmest congratulations and admiration to the great and useful effort you do every month to produce so useful a guide and reference.

Clinical trials in children
The excellent article entitled Pediatric Drug Development by P. Kleist (Applied Clinical Trials, January 2002) prompted me to make a small contribution myself.Although the experience of the pharmaceutical industry regarding clinical trials in the pediatric population is generally quite scarce, it is actually for this reason that the necessity of clinical trials in children cannot be overemphasized. The grounds lie basically in the first lesson in pediatrics taught during medical studies, which states that a child is not a man in miniature but has specificities of its own.

This means that the pharmacokinetic and pharmacodynamic properties of a drug are by no means equivalent when used in pediatric and adult populations (nor are they identical in any two individuals).

Furthermore, the ethical aspects of drug administration support the attitude that it is certainly more ethical to use a drug that was clinically studied in as many subjects as possible as a part of the approval procedure than to use one that was not. Parents of children receiving an approved drug that was previously clinically investigated in a relatively small study specimen are not aware that their children are more like guinea pigs than the children who actually take part in clinical trials (provided these are conducted in accordance with good clinical practice requirements).

Concerning the study design or, more specifically, the role of placebo in such trials, it is my opinion that placebo has no place in such trials. I believe that the latest amended version of the Declaration of Helsinki, which states that a new therapy should be compared to the best treatment available, should be strictly adhered to. In cases when this is not feasible, even a noncomparative trial is better in my opinion than a placebo-controlled comparative trial.

I believe that such an approach would contribute to a greater willingness of parents to consent to their childrens participation in clinical trials. After all, didnt most of us take part in a clinical trial during childhood unawares? (My experience with use of tetracycline syrup fortunately did not have such a drastic outcome.) Wouldnt it be better, since we are already part of this great experiment called life, that such participation be under controlled conditions?

The following idea might appear too stern, but based on the above facts as well as the literature data, I suggest that the competent European authorities in this field should follow the U.S. initiative reflected in the FDA Modernization Act, the Final Pediatric Rule, the Childrens Health Act of 2000, and the Best Pharmaceuticals for Childrens Act. They should even go a step further and consider the feasibility of making clinical trials in children mandatory, even for drugs already used for years in the adult population, that is, drugs that are well known to the regulatory authorities and the public. Therefore, the pediatric drugs would have to be clinically investigated both in the country of the manufacturer and in the country where they are to be approved.

Finally, clinical trials are never to excess. Neither are ethics nor health.

Privacy endangered
Why are we going backward on the subject of privacy of medical records? Changes to the HIPAA privacy rule proposed in March by the Department of Health and Human Services (HHS) loosen restrictions on providing care before obtaining consent and discussing patient care out loud with other clinicians.

Just as the MD credential obligates physicians to adhere to the tenets of the Hippocratic Oath, the credential of RHIA obligates Registered Health Information Administrators to tenaciously protect the confidentiality of private medical information on behalf of patients at all times. Because there was never federal regulation to protect this private health information, this has been a challenging task at best. Also, patients have not always been aware of how their medical information is being used and what they can do to direct that use.

Fortunately, the Department of Health and Human Services, along with the Office of Civil Rights, has been strategically positioned by the HIPAA Privacy standards to improve this legacy while expediting patient care and payment to providers for that care. That is, it was until March 2002.

The United States has invested between $10 billion and $15 billion dollars in health care information technology since 1996. Health care professionals have made the collection of patient data, the conversion of that data into useful information, and access to that information infinitely simpler than at any time in the past. Our government had the foresight to know that with this massive investment, we needed a system to protect this easily accessible information in the spirit of ensuring the zone of privacy it seeks to provide its citizens through various laws regarding private information.

Do we really need more evidence than this that we should not allow the other protectionsfor example, civil monetary penalties or imprisonment for using or selling protected health information for personal advantage, personal gain, or malicious harmprovided in the HIPAA privacy regulations to be carved away until we find ourselves back at square one?

Administrative simplification was the original intent of the HIPAA regulations. Those of us responsible for running and operating health care organizations have questioned this as we have learned more about the arduousness of implementing various HIPAA provisions. It isnt going to be easy. As leaders, its time for us to step up and figure out how best to implement these regulations, share the successful methods for doing so with our colleagues in the health care community, and maintain the protections that we as citizens have been provided. 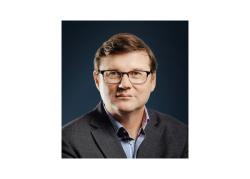 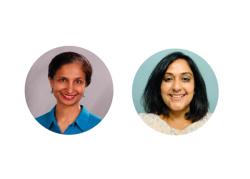