Readers respond to articles and commentaries.

In response to the editorial, The Marketing of Trials in the March 2004 issue of

, I dont think the issue with clinical trial marketing is in the message itself, but rather the medium selected. Clinical trial adverts have been running on TV, radio, and in print for years, well before direct-to-consumer (DTC) advertising was given the green light by regulators. However, DTC advertising is now clearly king, and the clinical trial message is getting lost in or confused with the promotion of approved drugs. If sponsors truly want to reach relevant patient populations and avoid competing with their own marketed products, they need to consider thoughtful and direct messages that go straight to prospective study candidates traditional or email boxes. This will help ensure that those people seeking trial awareness or education have the opportunity to participate in heroic research, rather than missing out because the message is either lost in the sea of ubiquitous DTC ads, or so geographically broad that a research site is simply not convenient.

Males missing in cancer research?
I recently read your editorial in the September issue that mentioned the NIH mandate to include women in medical research. I, too, used to believe that women were underrepresented in NIH research, until I began to examine the facts.

It turns out that men have long been underrepresented in cancer research. And according to an early NIH report, women were included in 96% of NIH research trials. The problem now is that only 37% of NIH research participants are male.

The problem now, as I see it, is that we have a serious underrepresentation of males in medical research.

The spirit of GCP
I am a consultant in clinical research, with varied experience, primarily in India. I would like to invite the attention of your readers to an important aspect of clinical trials conducted all over. It is well known that the spirit of ICH GCP was followed as a routine in earlier studies, but maybe not to the letter. Of course, GCP can be shortened to just two concepts: patient safety and clinical data integrity.

I am compelled to believe that of late, maybe all of us involved in clinical studies are more concerned with the compliance of the letter of ICH GCP.

I am reminded of Le Chataliers Principle, i.e., when a constraint is applied to a system in equilibrium, the system so alters so as to annul the effect of the constraint.

Maybe some rethinking is needed on the requirement of essential documents, pre-ongoing and post study, source documents, etc.

We have to decide whether we need to collect data from sources as yet unchartered but critical for research, or confine ourselves to time-tested elite centers conforming to all audit requirements. I support a healthy discussion on this in view of the gravity of the issue.

I agree with the reference to subjects in a clinical trial IF and only IF, the subject is a healthy volunteer who would not normally be involved with the product under investigation, i.e., the individual elects to participate for the sake of science (or monetary reasons). However, in any normal clinical setting, an individual who is being treated by a physician for their disease or condition is referred to as a patient. If the patient then elects to participate in a clinical study, which would still treat their disease or condition, they still are a patient. This is particularly true in the oncology setting, where patients who choose to enroll in a clinical trial for their disease are still patients, as they are receiving the standard of care for their disease, with or without the addition of another therapeutic for which the clinical trial is being conducted.

If I was recently diagnosed with cancer, e.g., colorectal cancer, and my doctor wanted to treat me with the latest and greatest approved therapeutic agent (e.g., Avastin) along with another drug that he/she thought would benefit my survival, I would still consider myself to be a patient. 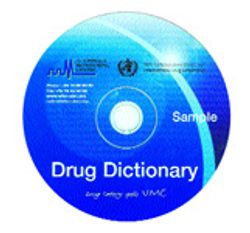 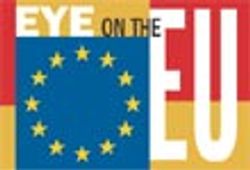 A Perspective from One Clinical Research Center in the United Kingdom