Treatment networks and network meta-analysis of randomized trials can boost understanding of how much evidence is available for each treatment and treatment comparison.

Treatment networks and network meta-analysis of randomized trials can boost understanding of how much evidence is available for each treatment and treatment comparison; where and why more evidence is needed; and what the best available treatments are, as well as shedding light on the uncertainty surrounding such assessments, according to an article published on May 14 by the British Medical Journal.

As network meta-analyses become more influential, familiarity with the methodology and pros and cons will be necessary for providing transparent and reliable evidence synthesis, noted Edward J Mills, PhD, an Associate Professor from the Faculty of Health Sciences at the University of Ottawa, Canada, and colleagues from the Department of Medicine, Stanford University School of Humanities and Sciences, California.

Explaining the concept, they explain that networks of randomized clinical trials can be evaluated in the context of a network meta-analysis, a procedure that permits inferences into the comparative effectiveness of interventions that may or may not have been evaluated directly against each other. The geometry of a network, statistical and conceptual heterogeneity and incoherence, and challenges in the application and interpretation of data synthesis are essential to make sense of a network meta-analysis.

Network meta-analysis has advantages over conventional pair-wise meta-analysis because the technique derives strength from indirect evidence to gain certainty about all treatment comparisons and allows for estimation of comparative effects that have not been investigated head to head in randomized clinical trials, they added. Thus, network meta-analysis is gaining popularity among clinicians, guideline developers, and health technology agencies as new evidence continues to surface and needs to be placed in the context of all available evidence for appraisals.

For example, over the past two decades more than 20 randomized trials have investigated the long term (longer than 12 months) effects of several variants of warfarin and aspirin, as well as other drug treatments for the prevention of stroke in patients with non-rheumatic atrial fibrillation. This accumulation of evidence on multiple treatments has resulted in a network of interventions and comparisons, such as the resulting treatment network, and it constitutes the randomized evidence between all interventions, according to Mills et al.

In spite of the increasing popularity and use of network meta-analysis, some methodological and interpretational aspects are poorly understood. The strength of evidence and risk of bias for each of the involved comparisons and in the treatment network as a whole; the analytical challenges, tools, and opportunities in detecting and exploring heterogeneity within and between comparisons; and the interpretation of widely used statistical models and effect measures are all matters that deserve further elucidation to ensure high quality synthesis of evidence in the setting of multiple interventions.

The authors seek to illuminate trial networks and network meta-analyses in the context of a working example of interventions for preventing stroke in patients with non-rheumatic atrial fibrillation.

"Networks of randomized trials and network meta-analysis allow readers to visualize and interpret a wide picture of the evidence for specific conditions and to understand the relative merits of multiple interventions," they stated. "The geometry of the network allows one to understand how much evidence exists for each treatment, whether some types of comparisons have been avoided, and whether particular patterns exist in the choices of comparators."

Evaluating heterogeneity in the results of different trials in each of the pair-wise comparisons and incoherence in comparisons of direct versus indirect evidence is important, and both conceptual and statistical heterogeneity and incoherence should be assessed. Estimates of treatment effects from network meta-analyses should be interpreted with due attention to their uncertainty, and although appealing, plain treatment rankings or probabilities can be misleading, concluded the authors. 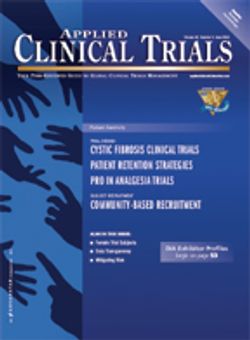 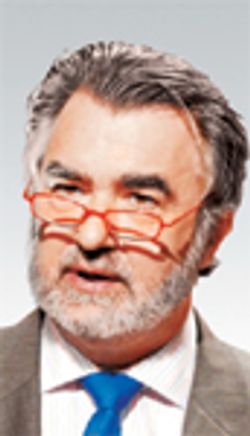 It's a Man's World—and it Shouldn't Be