Patients' Voices Get a Little Louder—and Need to be Clearer

Patients in Europe have been increasingly vocal in their demands for engagement in drug development and regulatory processes-and they have been increasingly effective, to the extent that virtually every sentence these days of bringing a new drug to market is almost immediately followed by an evocation of the patient perspective. Among the latest manifestations is the recently-revised action plan from the European Medicines Agency for interaction between with patients and consumers and their organizations. The agency already has a network of European patients’ and consumers’ organizations, and the action plan list this as an on-going exercise. But it also sets out a series of tasks for the coming couple of years, with estimations of when each task will be completed.

So by the first quarter of 2016 it aims to have established-through consultations with patients’ and consumers’ organizations-a pool of independent experts "who can make timely contributions" to the agency's scientific committees, working parties, or advisory groups. Over the same dozen or so months, it will also be promoting participation at key milestones during the lifecycle of medicines, and ensuring early involvement to ensure patients' values and preferences are taken account of in development of medicines and research.

There is also the intention to create a formal process to capture patients’ input on the value of evidence during benefit/risk, which will be based on the outcome of the pilot phase of patients’ involvement in these discussions in the committee on human medicinal products. That pilot began in October, when the committee considered Scenesse (afamelanotide) for erythropoietic protoporphyria, and invited patients to share their experience of living with this condition. Following the meeting, the agency recommended a marketing authorization under exceptional circumstances for the product.

The agency is also clarifying where this input will be made-ranging from taking part in governance of the agency via the management board to inclusion in scientific committees or on disease-specific questions in scientific advice groups and working parties. The plan extends to engagement in reviewing documents destined for the public and dissemination of information or participation in workshops, networks and research projects.

The EMA has held dialogues with patients and consumers since its creation in 1995, and patients have been included as full voting members of certain scientific committees since 2000, notably involved in orphan designation of medicines, assessment of pediatric investigation plans, classification of advanced therapies, and assessment and monitoring of safety issues. In 2006 it formalized these arrangements with a working party bringing together human scientific committees with patients’ and consumers’ organizations, on which some 30 European patients and consumers organizations are represented. This usually meets four times a year, sometimes in combination with meetings with the agency's working party involving healthcare professionals. In addition, consultations are organized with groups representing patients with particular diseases (such as HIV, cancer, or neurodegenerative disorders) and special populations such as pediatric, older people, or women. And public hearings are soon to be used to engage citizens in regulatory supervision of medicines-initially with the pharmacovigilance and risk assessment committee.

The new year is likely to bring further challenges to this process. One challenge is the extension of patient involvement beyond the purely regulatory field-which remains the domain of the EMA-and into the broader area of access to medicines: the growing links between regulatory and reimbursement decisions are likely to require a bigger patient voice in health technology assessment. This presents some logistical problems-not least because the availability and expertise of patient and consumer representatives is not unlimited, and the more widely they are to be represented, the harder it may prove to meet the demands. Another related issue likely to rear its head is the selection process for such representatives-ensuring, in simple terms, that those chosen can convey the views of a legitimate constituency rather than just their own personal convictions. And underneath all the discussion of representation, the questions still simmer over the independence of representatives, after repeated allegations of conflicts of interest and undue industry influence on patient organizations. Civil society groups and the pharmaceutical industry remain under a shadow of suspicion, because they are in effect being asked to prove a negative - that there is no undue collusion. But, as with similar and continuing clouds of suspicion over relations between industry and healthcare professionals, these are campaigns that industry, patient groups and, indeed, official bodies that have links with them, are going to have to persist with-and, in many cases, do better with. 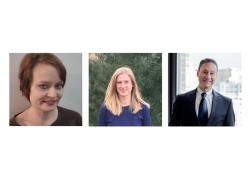 Examining the Current Value of ClinicalTrials.gov Listings for Patients and the Public 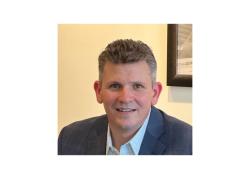