Pediatric Subjects and Their Parents

Pediatric trials got a good report card from a survey that explored the motivators and experiences of young subjects and their parents.

Recruiting children to participate in clinical drug trials is an activity closely scrutinized by regulators, bioethicists, ethics committees, institutional review boards, and the popular press. The FDA acknowledges the vulnerability of pediatric subjects and has implemented heightened regulatory safeguards. Pediatric clinical trials represent a powerful, emotional platform because of the potential for conflict of interest among a number of parties, including pharmaceutical company sponsors, study investigators, and parents.

A number of consumer media articles have detailed these conflicts and the implicit or explicit "exploitation" of children. As noted in a prominent northeastern newspaper, "an examination of research in children since 1994 shows that the potent combination of vulnerable children, ambitious researchers, potential profits, and weak oversight can hold great peril for these children."1 This media attention comes against a backdrop of children as "therapeutic orphans" who have historically been excluded from the drug development process. Indeed, many drugs prescribed for children have never been tested under controlled clinical trial conditions in a pediatric population.

Recent and ongoing legislation initiatives, incuding the BPCA, the Pediatric Rule, and the proposed Pediatric Research Act of 2003, have and will contiue to transform pediatric clinical trials into an integral part of the drug development process. The demand for pediatric subjects and the recruitment challenge to fill clinical trials quotas have been described as a "frenzy"2 and exacerbate concerns regarding adequate protection of pediatric subjects. Although there is an ongoing debate over the benefits and pitfalls associated with pediatric clinical trials, there is relatively little comment from parents and their children on their motivations and experiences associated with participating in clinical trials.

The few surveys that have been conducted focused on adult subjects' experiences in clinical trials. In 1982, Cassileth et al. reported the results of a survey of 295 subjects representing cancer and cardiology patients and members of the general public.3 Most (71%) responded that patients should serve as research subjects primarily for altruistic motives. The authors noted that respondents "view clinical trials as important, ethical, and a means of attaining superior clinical care."

The "2001 Will and Why Survey," conducted by Harris Interactive and BBK Healthcare, surveyed 5000 respondents representing a demographically balanced sample of the general public.5 Again, the survey findings highlighted the positive experiences of trial subjects. The authors also noted that "the survey supports the belief that clinical research studies are perceived by the public as treatment options."

Objectives. A pediatric survey aimed to determine the specific factors that parents and their children consider before enrolling in a pediatric clinical trial, including

The questionnaire asked how they became aware of the trial and for their specific reasons for enrolling in the study, their satisfaction with treatment, and their intent to enroll in future studies. Respondents had completed at least 50% of the treatment associated with their specific study. The wording of the questionnaire was modified to be child-friendly, and parents were asked to check to see whether their child understood and completed all questions.

Subjects were enrolled in studies representing a wide range of therapeutic areas as outlined in the Therapeutic Areas box.

Parent and subject awareness. Parents and their children become aware of pediatric clinical trials through a wide range of sources (Table 2). Parents became aware of studies primarily through advertising (33%) and their physician (20%). Children cited their parents or other family member (47%) as the primary source. Almost half (42%) of respondents reported that they called for details related to a study within 24 hours of becoming aware, and over two-thirds (70%) inquired within 48 hours. Nearly half (46%) reported hearing about the study more than once before calling for details. Of those who became aware of the study from a source other than their physician (n=72), more than half (56%) did not get their physician's opinion of the study.

Parent and subject motivation. Reasons for deciding to participate in a clinical trial are presented in Table 3. The primary reason cited was the belief that the clinical trial therapy would improve the child's condition, since current and/or alternative treatments were either ineffective or unavailable (88% parents, 52% subjects). Nearly half of parents (47%) and a somewhat smaller number of subjects (38%) reported altruism as a significant motive for enrolling in a trial. Half of the subjects (51%) and a quarter of the parents (27%) cited financial compensation as a factor in their decision to participate. A majority of parents (53%) mentioned that their child's condition had been diagnosed for at least one year, and 22% reported a diagnosis of five years or longer. Parents were queried why their child was treated in a study rather than receiving care from their physician, hospital, or clinic (Table 4). Once again, the desire to identify more effective treatments and altruistic motives were cited as driving factors.

Parent and subject experience. Virtually all parents and children stated that the level of medical care at least met expectations, with a majority of parents (72%) and subjects (69%) commenting that it was better than expected (Table 5). As a result of this high level of satisfaction, all the parents and about three-quarters of the pediatric subjects would consider enrollment in another clinical study (Table 6).

Respondents view pharmaceutical industry–sponsored clinical trials as an important treatment option, and both parents and their children reported a combination of altruistic and nonaltruistic motives as driving factors for participation. Despite unbalanced media reports of pediatric trials, both parents and children cited high satisfaction with their experience and interest in participating in a future trial. Participation and satisfaction were reported across a wide demographic range.

Compensation of pediatric trial participants is a sensitive area. A significant number of parents and patients cited being paid to participate as a motivational factor. It is noteworthy that 61% of study participants were adolescents (13–21 years of age), who as a group are more responsive to monetary incentives-and many were enrolled in Phase 1 studies, in which there may or may not be any clinical benefit.

The reputation and perceived ethics of the participating institution and the physician relationship play important roles in the decision to enroll a child in a study. A high percentage of parents became aware of the clinical trial through their physician, or consulted with their physician as to the study's merits. One exception is among parents with children afflicted with behavioral health disorders. In general, this latter group made the decision to participate in a behavioral health clinical trial with little or no consultation with their physician-primarily due to their dissatisfaction with their child's current or previous therapies.

Selective use of media advertising is an effective tool for identifying prospective pediatric trial subjects. Media advertising is most effective when multiple impressions are made in a short period of time. The effectiveness of advertising tactics can be rapidly assessed, because the decision to take action and call for details related to a study is made quickly.

1. A. Dembner, "Dangerous Dosage to Make Pediatric Medicine Safer: Thousands of Children Are Being Used to Test Drugs Originally Designed for Adults," Boston Globe A1 (Feb. 18, 2001). 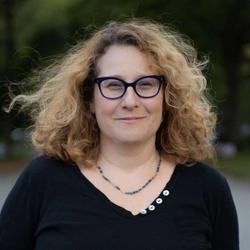 AI Addresses the Complexities of Cancer Trials for Patients and Pharma