Pfizer accelerated development by running relatively small Phase III trials on patient populations identified by the companion diagnostic. LabCorp provided validation and global testing to support Abbott's regulatory submission for the assay and then, when it was approved, immediately made the service commercially available at multiple sites. LabCorp played a similar role in the approval and roll out of Roche's Zelboraf, the other targeted drug and companion diagnostic approved in August 2011. In both cases, collaboration between LabCorp and the pharmaceutical company throughout companion diagnostic development ensured everything was in place to quickly ramp up testing volumes post-approval.

In the past, the route to approval for a companion diagnostic was for an in vitro diagnostics (IVD) company to submit data in a premarket approval application to FDA. Under this model, a third-party laboratory, such as LabCorp, often generates data and then becomes one of several sites offering the test. It is a model that works very well for some companies, notably Pfizer and Roche in the August 2011 approvals, and one LabCorp continues to support through its testing labs. The use of laboratory-based assays has provided another route for approval and commercialization.

FDA opened the door to the alternative model by re-thinking its oversight of laboratory developed tests (LDT). Historically FDA took a hands-off approach to LDTs, but signaled a change in 2010 when it called a public meeting. The shift was prompted by the growing complexity of LDTs and their emerging role in personalized medicines. FDA was so overwhelmed by demand to attend the meeting that it had to relocate to a bigger site.

This approach develops and validates assays on established IVDs. FDA investigational device exemption is sought for clinical trials in which the test is used as an inclusion criteria. All this can be done in a centralized approach, with one service provider handling test development, regulatory submissions, and eventual commercial launch. Alternatively, if volumes or prescribing preferences call for a decentralized model, IVD partners can come on board for kit development when needed.

For pharma companies, and particularly small biotechs, the model offers several advantages. By running the tests in one or more labs, the upfront financial and time costs of kit manufacture may be reduced. Taking this approach also standardizes operating practices by restricting use of the assay to a network of laboratories run by one company. Piggybacking on the existing standards of a central lab network helps assays, especially those that are expecting low volumes, achieve a greater assurance of quality because you are using the same reagents, procedures, and laboratory equipment to ensure consistency of assay results.

Many of these advantages mean FDA-approved LDTs are particularly well suited to orphan indications, or occasions when time or money are constrained. Yet any drug developer, both big and small, can benefit from the shortened development timelines. Experience at LabCorp shows time is saved by the elimination of various development steps, such as verification of packaging lot sizes or manufacturing processes. Reducing the need for large scale kit production lowers up front investment, while running the tests in labs gives greater control. In conversations with FDA and EMA, LabCorp has heard both regulators welcome the running of patient selection assays in controlled environments.

Keys to a successful partnerships

Choosing the right companion diagnostic partner can minimize these potential problems. In both the IVD and LDT models, deep experience in test development, regulatory submissions, and commercialization is vital. In the case of FDA-approved LDTs, excellent links to IVD companies are also needed to ease the potential switch to a decentralized model if necessary. Equally, both partners must show a degree of fiscal flexibility. In some cases a fee-for-service model might make most sense. Other times, the two partners might agree to each shoulder some of the development costs.

There are many considerations, lots of which are new to drugmakers. Going forward, successful drug development programs will need partnerships with diagnostic companies, so the pressure is on to make these alliances work. Given that approval of a targeted therapy is tied to the success of its companion diagnostic, the partner selection process is particularly important and can only enhance the chance of success. 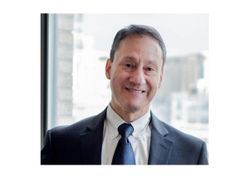 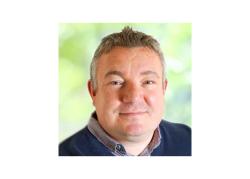