cycle time. Indeed, for as long as I can remember (going back nearly 30 years), the typical value proposition during a sales call has focused on the promise of a new product or service reducing delays and accelerating development cycle time to drive huge revenue gain in additional prescriptions written. Many vendors have priced their product or service accordingly, basing its value on the opportunity cost of a longer period of patent-protected pharmaceutical sales.

As an enterprise, we drill our obsession with shortening cycle times into all aspects of drug development planning and execution. A simple concept has ruled the day: “Time saved equals more dollars (e.g., revenue) earned.” With few exceptions, drug development professionals can recite readily the cost of a single day of delay-now approximately $1.3 million in lost prescription sales-to bring an average performing drug to market.

Our obsession with speed has invited numerous entrepreneurs and new ventures and has produced a wide range of new and promising services and solutions over the years. Very few, however, have consistently and sustainably produced the desired outcome.

During the past two decades, significant attention and resources, for example, have focused on shortening study start-up timelines to accelerate patient enrollment. The globalization of clinical trials has promised sponsors and CROs access to well-trained investigators and large numbers of treatment-naïve patients. Site identification services, some leveraging commercial and proprietary site selection and patient identification databases, have been deployed.  Grant and contract negotiation services and applications have been used with the hope of shortening clinical trial budget and contract approval processes. Performance incentives have been offered to facilitate not only faster start-up but also more rapid enrollment of evaluable patients.

Taken together, the many time-saving solutions and practices implemented should reasonably be delivering an investigational drug at 40%-to even one-third-of the historically long average cycle time that it took to develop a drug in the 1980s and 1990s.  Yet  the industry-wide obsession with shortening cycle times has not delivered its desired intent.

Research by the Tufts Center for the Study of Drug Development (Tufts CSDD) shows that the average development cycle time for the typical investigational drug approved between 2014 and 2017 was 6.8 years-seven months (10%) longer than the average observed 10 years earlier. And Tufts CSDD research has found cycle time increases during the past decade not only at the macro level but also at most functional levels. Total clinical site initiation cycle times, for example-from site identification through first patient in-took 29.1 weeks on average in 2017, up 14% from an average of 25.6 weeks in 2007. And the time from last patient last visit (LPLV) to database lock was an average of 36.1 days in 2017, up 8% from 33.4 days in 2007.

Clinical research professionals and industry analysts are quick to note that the failure to sustainably reduce cycle time is due to a number of factors, including increasingly demanding and complex protocol designs; regulatory compliance burden; the difficulties associated with managing and conducting ever-larger global studies targeting more narrowly defined patient populations; uncertainties associated with staff restructurings, downsizings, mergers and acquisitions, and in-licensing; and the frequent new development strategies, practices, and solutions that companies always appear to be implementing.

Another root cause that is rarely noted, however, is associated with sponsor and service provider failure to adequately plan prior to execution. Indeed, a growing body of evidence suggests that the practices supporting the adage “Time SAVED equals more dollars earned” result in unintended inefficiencies, amendments, change orders, and other delays.

The value of upfront planning

Cycle-time reduction strategies have primarily looked at compressing the time to perform sequential tasks and activities. Clinical teams and their CROs and investigative sites have raced to move from time A to time B. But few organizations have fully considered the substantial downstream cost of rushed planning and hasty execution.

Consider the following: A 2016 Tufts CSDD study found that the majority of protocols (about 60%) require at least one substantial amendment-each taking, on average, three months to implement at a direct cost of approximately $535,000 per Phase III protocol and $150,000 per Phase II protocol. Phase II and III protocols had a mean number of 2.1 and 2.3 global amendments, respectively. Half of all substantial amendments were deemed “avoidable” by study sponsors and nearly one-third of amendments occurred before the first study volunteer had received the first dose. These results strongly point to the need for, and value of, better upfront protocol planning, review, and feasibility assessment.

The race to get protocols into the hands of investigative sites has also introduced other unexpected costs. Study staff report that protocols initially reviewed by sites during the request-for-proposal process are often altered after the investigator meeting, thereby rendering some of the protocol review and training insufficient.

As another example in the scramble to engage a large number of globally dispersed sites, sponsors and CROs have historically focused on expected enrollment rates only to hit a wall when setting up and coordinating infrastructure in remote regions. One of the largest global CROs reported that on a recent pivotal trial it took three times longer to establish infrastructure and work with health authorities and regulatory agencies in remote regions. A clinical supply manager noted in a recent trade journal article that study drug shipping times to remote regions took twice as long.

In May, Tufts CSDD’s in-depth interviews with 45 data management executives found that one of the primary causes of database build and database lock delays was due to clinical teams failing to finalize protocol design decisions in a timely manner. Clinical operations teams were also unable to adequately coordinate the growing number of external data source providers and to set study conduct expectations upfront.

These are but a few examples. Individuals close to specific activities and tasks can point to many more cases where the rush to do things faster is resulting in longer cycle times as clinical teams and their partners overlook critical steps and revise and redo work.

The goal to sustainably reduce cycle time requires rethinking the classic “Time is Money” concept and combining both time-saving and time-spending measures to support and nurture performance success. Performance metrics collected by management and clinical teams need not only measure traditional cycle time but also efficiency, downstream delays, the incidence of remedial practices, and quality. The collection and application of relevant and robust scientific and operating data using more sophisticated and predictive analytics may help inform better planning and decision-making.

There is not only a necessity for time-saving technologies and practices but also a necessity for investing more time upfront into specific tasks and activities to properly engage teams, plan for contingencies, pre-qualify service providers and partners, coordinate various parties, and determine whether protocols are feasible and executable, and budgets and timelines realistic. Doing so will ultimately deliver real and long-term cycle time reduction while improving quality, cost, and efficiency. 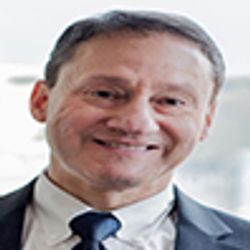