The ICH GCP guideline continues to age and while members of the Institute of Clinical Research voice the need for its revision, industry debates whether changes are necessary.

ICH GCP has revolutionized clinical trials by improving the quality of clinical data and assuring patient safety during the past 13 years. The guidelines should not undergo radical changes, but there are some areas where further clarification is required.

That is the consensus view among members of the Institute of Clinical Research (ICR), who were asked whether they thought ICH GCP should be reviewed. The initial online poll, conducted in June 2009, found that 84% of the 90 respondents believe the guidelines should be updated. ICR then undertook a qualitative survey, asking its members what elements should be updated and/or what should be added.

"Although the ICH GCP guidelines don't have any direct legal status, its principles set the tone for how most people conduct clinical research," said Sue Fitzpatrick, education manager at ICR. "The opinion expressed by our members was that some areas of ICH GCP should remain unchanged, however, certain amendments would be welcomed and would ensure the guidelines are still meeting the needs of the industry."

Since ICH GCP was introduced in 1996, the guidelines have never been updated. Other guidelines, such as the Declaration of Helsinki, have been revised several times during the past decade, she added.

"I think this discussion is overdue and very relevant," Paul Chester, PhD, visiting researcher at the Oxford Centre for Diabetes Endocrinology and Metabolism, UK, told ICR's publication, CRFocus. "Whenever I talk about GCP, I feel it is important to point out that ICH GCP is now 13 years old and getting older every day, so it must be read in light of new regulation and guidance."

According to Arun Bhatt, president of ClinInvent Research India in Mumbai: "The current ICH GCP guidelines are too broad and general to proactively manage today's scientific and ethical issues. There is a need to make ICH GCP more explicit, specific, and stringent. There are also new concerns [to be met by ICH GCP], such as the use of poor illiterate populations from developing countries as trial subjects." Not everyone agrees, however.

"I do not think that ICH GCP guidelines need to be changed. They have stood the test of time and remain perfectly reasonable," said David Hutchinson, visiting professor at the University of Surrey, UK. "They are a global standard and seem to fit the practices in most parts. They present clear requirements for sponsors, investigators, and ethics committees."

Furthermore, ICH GCP's dominance has been ended, in Europe at least, by EU directives and national legislation that call for the guidelines principles to be taken into consideration but shy away from giving it any direct legal force.

Other respondents voiced concerns about the potential for differing interpretations that can lead to local variations, bureaucracy, and confusion. Additionally, in the area of clinical pharmacology, there is a need to integrate the guidance on first-in-man studies developed after the TGN-1412 incident. Rapid progress in personalized health care and biologics must also be taken into account.

Barbara Hepworth-Jones, PhD, principal education advisor at the GSK Academy of Pharmaceutical Medicine, thinks that ICH GCP is woefully lacking in data protection requirements. The growing sophistication of electronic data systems and the potential for misuse of personally identifiable information mean that there is a real need for this to be added.

"In many countries there are data protection laws, and inspectors and auditors can use those to supplement GCP, so in practice it can be covered. But if it is not covered in GCP, then subjects' rights and well being are not totally protected by GCP," she noted. 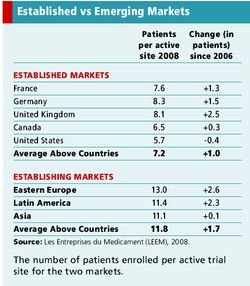 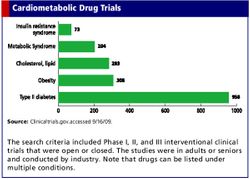