Why experts predict volatile years ahead for the global cardiovascular drug market.

The cardiovascular drug market is expected to reach $116.3 billion this year. Current market research from business intelligence firm Piribo states that the global cardiovascular drug market will experience a period of high volatility from 2011 to 2015. The reasons? Key products, including blockbusters Plavix and Lovenox, are facing patent expiration. Plavix is an anti-platelet comarketed by Bristol-Myers Squibb (in the U.S.) and sanofi-aventis (rest of world). Approved in 1997, it is one of the top three best-selling drugs and had total sales of about $5.6 billion in 2008. The Plavix patent expires in 2011. Lovenox, an anticoagulant from sanofi-aventis for the treatment of acute deep vein thrombosis expires in 2012. The drug has consistently brought in on average $2.6 billion a year for sanofi-aventis since 2004, with projected sales of $3.7 billion in 2010.

Meanwhile, the patent expiration of Pfizer's Lipitor in 2011, coupled with other factors, led to its apparent exit from R&D in the cardiovascular market. Those factors included Pfizer's Phase III halting of torcetrapid due to excessive mortality (with an $800 million price tag); and a recognition that the drug blockbuster days are over and the next wave of compounds will be complex to develop, both from a regulatory and clinical standpoint.

However, based on the increase in Type II diabetes and obesity in worldwide populations, the demand for cardiovascular drugs are not going to abate.

In a recent podcast interview available on our Web site, Richard Gregg, MD, Chief Scientific Officer for Vitae Pharmaceuticals, discussed the development of cardiometabolic drugs that address the constellation of issues present in this space—hyperglycemia with diabetes, lipids and blood pressure control in cardiovascular, and obesity, a co-morbidity of both diabetes and lipid disorders. Sponsors will then need to prove multiple endpoints for these drugs, cardiovascular safety and improvement, as well as either weight loss and insulin control.

For the future, he advised CROs and service providers to be prepared to provide more sophisticated biomarker and imaging studies in Phase I and Phase II to demonstrate that molecular targets are being hit, as well as being able to measure microvascular and potential safety complications. 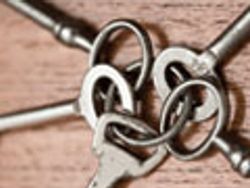