The intersection of academic research and clinical trials.

Many academic researchers and life sciences organizations are leveraging radiomics, which is the science of advanced imaging analytics, to generate new clinical insights that may lead to widespread improvements in patient care.

For oncology therapeutics, in particular, radiomics is useful to academic researchers and trial sponsors to help identify which types of patients should be included in trials, as well as which patients are the most likely to benefit from those trials. Further, from a trial enrichment perspective, radiomics enables trial sponsors and researchers to ensure they obtain the most value out of trial efforts that leverage medical imaging and imaging endpoints.

Additionally, radiomics can be used to improve not only how clinical trials outcomes are measured, but to develop new metrics that characterize outcomes that are more directly relevant to patients. For example, radiomics may help sponsors and researchers better understand what is or is not a complete therapy response, as well as predict outcomes such as response duration and disease-free progression survival.

In this article, we’ll first define exactly what radiomics is, and next take a look at some real-world examples of how radiomics is being used today in clinical trials and academic research.

Understanding the basics of radiomics

Images are far more than simply pictures—they are data. Through artificial intelligence and machine learning, radiomics extracts thousands of data points from traditional medical images, such as CT, MR and PT scans. Contrast that with the traditional approach to image analysis, which is based on the “long-and-short” axes paradigm.

Using this method, clinicians evaluate change to tumors and lesions by relying on calipers to measure growth and shrinkage to tumors—essentially restricting their ability to understand the structure’s biological nature and behavior to those dimensions. That can lead to problems, because tumors and lesions are defined by thousands of features and dimensions that define their nature. Consequently, radiomics delivers clinicians information about tumor biology that has always existed in images, but until now was unable to be obtained.

This novel radiomic data ranges from the simple measurements performed via traditional means, but also includes more detailed measurements such as volumes and density. It includes advanced data that describes the texture of the lesion and its fractal properties, as well as information on surrounding lesion areas. Armed with this data, researchers are empowered to develop a much deeper understanding of patients’ disease and progression.

Following are several notable examples of emerging applications of radiomics in clinical trials and academic research:

Improvement of clinical trial performance: Researchers at the H. Lee Moffitt Cancer Center & Research Institute published an article examining a study of sarcoma patients. They concluded that radiomics was a useful tool for establishing inclusion/exclusion criteria for patient enrichment in clinical trials.

Researchers performed a retrospective study on patients from a clinical trial to determine whether radiomic analysis of a particular subset of patients would have produced a different end-point outcome. The researchers concluded that one radiomic feature, Short Run Emphasis, was the most informative for establishing inclusion/exclusion criteria. Had radiomic analysis been used for inclusion, the trial would have met its primary survival objective.

Identification of new biomarkers: Separately, peer-reviewed research published in the journal Cancers demonstrated the ability of radiomics technology to identify biomarkers that predict whether patients with lung adenocarcinoma would benefit from immunotherapy. In the study, researchers evaluated radiomic technology as a quantitative imaging decision support tool for analysis of lung adenocarcinoma in chest CT scans, analyzing radiomic biomarkers to predict overall survival and progression-free survival time.

Researchers concluded that the study demonstrated the relationship between radiomics and immunotherapeutic response and that specific radiomic features can be used to select patients with lung adenocarcinoma who would benefit from immunotherapy.

Prediction of risks and outcomes: Researchers at Vanderbilt University published a study in the American Journal of Respiratory and Critical Care Medicine that used radiomic data from biomarkers to predict the risk of developing lung cancer in patients with indeterminate pulmonary nodules (IPNs). The study was the first to integrate clinical, blood and image biomarkers into a single risk model for the management of IPNs. The researchers concluded that radiomic analysis of IPNs improved diagnostic accuracy over traditional methods of diagnosis, and that radiomics offers the potential to reduce the rate of unnecessary invasive procedures while shortening the time-to-diagnosis.

The future of radiomics: Beyond oncology

To date, radiomics has proven its value in enabling drug developers to improve clinical trial performance and helping researchers and clinicians uncover new insights that advance patient care and improve predictive capabilities—primarily in the field of oncology. Beyond oncology, researchers and clinicians have identified several other clinical fields that could benefit from radiomic insights, such as cardiology, neurology, and hepatology.

As radiomics, genomics and other areas of study merge toward a destination of multi-omics, clinicians will reap the benefits of combining this data to gain deeper clinical insights at every stage of the patient journey from care planning to post-treatment follow-up. 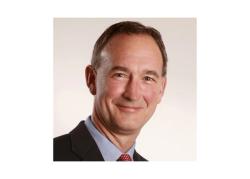 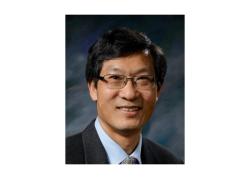