A case study of how cardiac safety assessments can be enhanced with Holter Bin.

Many cardiac safety assessments in clinical trials involve tracking changes in the QT interval within study subjects' electrocardiograms. Researchers are particularly interested in the potential for test compounds to cause QT prolongation, as that observation may indicate serious cardiac safety risks.

It is widely understood that heart rate variability plays an important role in QT analysis. Generally, QT intervals vary in relationship to heart rates. Mathematical QT correction formulas such as Bazett and Fridericia or individualized corrections are commonly used to correct for natural heart rate variations that affect QT duration. Essentially, the traditional correction methods are designed to approximate what comparative QT values would be if their corresponding heart rates remained fixed at 60 beats per minute.

Often, these and other mathematical formulas adequately gage QT prolongation risks. In some cases, however, the calculations may over- or under-correct. Since small distinctions of a few milliseconds may represent the difference between positive or negative study results, there are situations where the limits of conventional correction methods may profoundly affect clinical research programs.

QT correction is further complicated by the fact that QT adjustments commonly lag behind their corresponding heart rate changes—a dynamic often described as hysteresis. If the on-drug QT interval is measured just after or during heart rate acceleration, but the QT interval had not yet fully adapted to that variation, the QTc result will appear misleadingly prolonged.

There are many physical and mental activities that are known to significantly speed or slow the human heart rate. So, the HR-QT relationship must be carefully examined in cardiac safety tests for all drug types, but HR-QT correlation is even more critical in clinical trials where the drug itself affects the subjects' heart rates. The potential for errant outcomes are at their highest under those conditions.

Fortunately, this challenge has been successfully overcome by the Holter Bin method. This approach eliminates the need for mathematical corrections, and highlights distinctions between various causes of QT prolongation. Specifically, it distinguishes potentially fatal forms of QT prolongation—those caused by ion channel blockade—from less-troubling types of QT prolongation caused by heart rate fluctuation.

This enhanced level of QT analysis may be extraordinarily valuable to many sponsors of Exploratory QT or Thorough QT studies whose compound affects heart rate. Holter Bin provides those drug developers and their regulators a clearer and more complete foundation to establish their drug's safety profile.

The drug's peak concentration spanned 4 hours from 2 to 6 hours post-dose. During this selective time window the nominal ECG time points extracted from Holter flashcards in triplicates occurred at 2.0, 2.5, 3.0, 3.5, 4.0, and 6.0 hours post-dose on Day -1 and on each treatment day. Baseline rate related (RR) bins were established in 20 ms durations, containing a minimum of 10 beats, acquired on Day -1, and they were time-matched to identical selective time windows during the treatment days.

First, the average of the QT intervals in the time-matched RR bins on-drug and those on-placebo were compared to the same time-matched RR bins at baseline to yield the single-delta QT. Then, the same process was used to compare the baseline adjusted time-matched QT intervals from the same RR bins (same heart rate) on-drug to placebo, to derive the double-delta value. This refinement of the Holter Bin method allowed a comparison of the QT intervals at identical heart rates for both the study drug and placebo. Where traditional QTc formulas attempt to correct for heart rate, Holter Bin controls for heart rate—by removing it as a confounding factor. The analysis resulted in a truly negative Through QT trial with all the mean QT intervals at every nominal time point falling well below the 10 ms threshold of regulatory concern. Importantly, this finding was accepted by regulators, superseding the misleading QT results prior to application of Holter Bin analysis.

For valid Holter Bin results, it is necessary to provide sufficient beats in a wide variety of rate bins, encompassing heart rates achieved by the supratherapeutic dose of the study drug in both the baseline and placebo samples. This requirement is, of course, true for all methods that analytically seek to assess QT/QTc in the presence of drug-induced heart rate changes. Sufficient beats at amply varied rates were easily acquired by allowing normal activity during baseline acquisition and the naturally occurring autonomic effects during placebo administration at rest. Researchers have seen heart rates accelerate to levels of 120 bpm or greater during placebo administration, so it is often unnecessary to engage artificial means to increase heart rate in that treatment group.

In this case study the refined Holter Bin process was also applied to the active control (moxifloxacin) arm. Peak moxifloxacin concentration coincidentally occurred within the same four hour selective time window as did the study drug. As expected for any drug that intrinsically produces ion channel blockade within the cardiomyocytes, the QT prolongation induced by the fluoroquinolone antibiotic remained positive when compared to placebo despite acquiring the QT interval comparisons at the same heart rate.

More information about the Holter Bin method and other advanced cardiac safety assessment solutions are available at Cardiocore's website, www.cardiocore.com. 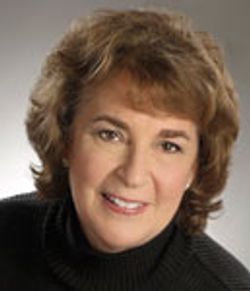