In Search of Efficiency Between Trial Phases

Today's sponsors are waking up to the fact that changes made between phases can positively impact R&D.

Industry sponsors have long focused their attention on accelerating cycle times and on reducing drug development inefficiencies. There is no shortage of opportunities to streamline activities—from protocol design to CRO and site identification, to subject recruitment and statistical analyses—inefficiencies abound. But up until now, attention and initiatives aimed at achieving efficiency improvements have centered on activities within drug development phases. Scant attention has been paid to the breakdowns that occur as clinical data and operations transition from one research phase to the next. As such, between-phase inefficiencies may offer new opportunities for biopharmaceutical companies to accelerate drug development cycle time, improve overall performance, and lower costs.

The impact of between-phase improvements in efficiency could be substantial. Between development phases, there is no defined timeline in which key decisions have to be made. The treatment period is fixed within a given research phase. As a result, the opportunity to drive efficiency within phases is limited by the amount of time it takes to run a study.

Transition efficiencies between phases also may be easier to achieve, as they are largely controlled internally. Within-phase efficiency gains rely heavily on improvements in relationships with external service providers—a more difficult area to glean process improvements.

Based on discussions with drug development executives in pharmaceutical and biotech companies, there are three broad opportunity areas to streamline inefficiencies during phase transitions. These between-phase opportunities are inextricably linked and play a critical role in driving success within drug development phases. The three areas are:

According to the executives interviewed, transitional inefficiencies are in large part due to mistakes drug developers make in gathering inappropriate and incomplete inputs into decision making late in the process and in failing to anticipate downstream needs. Also, companies fail to build the appropriate level of internal consensus and alignment around key decisions.

"The Phase I to III mentality is a hindrance to efficiency by keeping drug developers thinking more about the means than the end," says Evan Loh, MD, vice president of clinical research and development at Wyeth. "Companies generally know the goal but fail to provide the necessary input to optimize decision making according to specific deliverables. Lacking that, companies may face an interpretation nightmare trying to decide if a compound is or is not fit to move forward."

External inputs are cited as particularly important to phase transitions. "Unnecessary delays can occur between phases if external input into decision making from scientific leaders and regulatory agencies is not sought early, when the trial is being designed," explains Mark Bach, MD, PhD, vice president of worldwide clinical research operations for Merck & Co. "If a company wants to register its drugs globally, then misunderstandings about the regulatory environments in various parts of the world can cause delays."

Several executives suggest that companies are seeking more input from and expending more time on regulatory agencies during phase transitions as a way of managing risk. "Time spent on between-phase interactions with the FDA on special protocol assessments has been escalating while the scientific advice process of the European Agency for the Evaluation of Medicinal Products continues to take the same length of time," says Alison Lawton, Genzyme's senior vice president of global regulatory affairs, global policy programs, and corporate quality systems.

A number of interviewees noted that the uncertainty around reconciling multiple and diverse scientific and regulatory input adds another element of inefficiency. "There is no commitment by regulatory agencies to offer joint advice," explains Dan Bollag, Genzyme's vice president of regulatory affairs for biosurgery. "We literally have to make a formal appeal to each agency."

Executives from several drug companies report that often their early phase studies are designed without later phase study programs in mind. As a result, frequently their companies have had to resort to modifying and expanding later-stage programs to cover for areas missed earlier.

"When it's necessary to look at Phase II results before designing a Phase III study, the key challenge is to do neither too much nor too little advance preparation," explains Bollag. "Research sponsors usually go to one of two extremes: They may not do any thinking about Phase III until all Phase II data is on their desk, or they may spend a lot of time figuring out what Phase III trial to do and implement regardless of what the Phase II data tells them."

Executive interviewees most often cite the challenge of analyzing and interpreting the clinical data correctly. Failure to do so between phases can have downstream repercussions.

"The speed that companies achieve in making internal decisions between phases depends heavily on the quality of information obtained during earlier trials," says Mike Friedman, senior director of biostatistics at Genzyme. "A failed Phase III trial can be at least partially caused by collecting the wrong information or an insufficient amount of data in Phase II."

"If companies look for something greater than 'x' and get something less than 'x,' that allows for more interpretation and shades of gray," says Wyeth's Loh. "Unexpected outcomes can't be controlled, but they can be anticipated so that sponsors don't get blindsided or start applying post-hoc caveats to study data to justify the leap into the next study phase."

A key to minimizing phase transition inefficiencies lies with anticipating where problems will occur, developing contingency plans, and responding proactively. Doing so cues up organizational resources to handle situations as they unfold.

"Operational preparation involves laying the groundwork for studies at risk. Failing to do so could result in wasted time and effort," says Merck's Bach. "The advantage is that you're prepared to make a decision the moment the study data arrives."

According to Loh, when it comes to Phase III, the right type of drug supply can be a huge time saver. "It's vital that large, treatment-testing studies utilize a commercial formulation of a drug throughout its duration so there's no question about bioequivalence. But manufacturing that formulation can take months or even years," he says. "Ideally, the organization has to begin planning its commercial formulation before initiation of later stage pivotal trials."

Several interviewees noted the importance of coordinating ethics committees and boards of health dispersed widely around the globe. "Review and approval times vary widely from country to country," explains Loh. "The FDA has a 30-day review cycle, but in countries like Latin America and Asia, approval times are nine to 18 months. Some countries are not going to participate if a sponsor wants to complete the trial in under a year. If Japan, China or India is left out and the sponsor wants the drug approved there, it will need to conduct a separate trial just for that country in order to gain regulatory approval," he said.

There is wide consensus among executive interviewees that the hallmarks of rapid and efficient between-phase development activity include: more effective, timely, and informed decision making and consensus building; appropriate and comprehensive inputs and forward-looking data analyses and interpretation; anticipatory and contingency planning. Wider adoption of information technologies and clinical data interchange standards and the use of flexible trial designs also are noted as drivers of phase transition efficiency.

Loh notes that Wyeth's two stage "Learn and Confirm" approach to drug development helps mitigate between-phase inefficiencies in the traditional development process: "Efficiencies are gained by doing better planning up-front, and this allows us to use other methodologies in the learn phase to get answers quickly—such as adaptive trials and adaptive randomization."

"Historically, the goal of research was to develop drugs that regulatory agencies will approve, and the goal of marketing was to develop drugs that consumers and physicians want to use. But these goals need to be better aligned. With adaptively designed trials, these kinds of decisions can be made earlier in development, possibly avoiding between-phase time," says Merck's Bach.

"Adaptive clinical trials, particularly seamless Phase II/Phase III trials, will help reduce the down time in the future in terms of eliminating some discussions with the FDA and the volume of institutional review board approvals," adds Lawton.

The onus is on drug developers to reduce inefficiencies between phases. And the impact of doing so benefits not only program timelines and costs, but also—and perhaps more importantly—the quality of the product label. 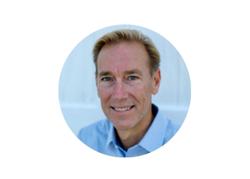 Taking DCTs to the Next Level