During the COVID-19 pandemic, some have observed that principal investigators with minimal experience, limited infrastructure, and low study grant income have divested from clinical trial activity. Delays, and in some cases cancelled clinical trials, during the early stages of the pandemic made it difficult for these investigators to cover their operating costs and remain viable. Anecdotal evidence supports this observation but there is no hard evidence to confirm it and characterize the magnitude of these departures.

A recent analysis by the Tufts Center for the Study of Drug Development (Tufts CSDD) provides updates on the global landscape of FDA-regulated investigative sites that will serve as a useful baseline for comparisons. The results of this analysis show that this global landscape remains very fragmented with a disproportionately high concentration of low-volume principal investigators. But the data also suggests that—even without the effects of the pandemic—the landscape is scaling and maturing with a growing proportion of higher-volume principal investigators now operating in North America compared to 10 years ago.

Consistent with past studies, Tufts CSDD analyzed data from the Bioresearch Monitoring Information System (BMIS) maintained by FDA’s Center for Drug Evaluation and Research (CDER). The Tufts CSDD team extracted data on investigators filing form 1572 between 2010 and 2020. A unique identifier based on last name, first name, and country was used–instead of the Reviewer ID—to avoid counting duplicate records inadvertently created by slight variations in variables due to typos and alternate spellings.

For this analysis, investigator productivity is defined as the volume of clinical trials associated with each unique identifier. Turnover rates are defined as the percentage of unique identifiers who filed at least one 1572 form in a given year but had not filed another 1572 form within the subsequent four years. Past research conducted by Tufts CSDD has demonstrated that if an investigator does not file a new 1572 form within four years, it is highly likely that they will never file again.

There were 32,077 active principal investigators operating worldwide in 2020. This number continues to grow but at a slower overall rate of 1.5% annually during the most recent 10-year period compared to 4.6% annually in the prior decade.

The least productive principal investigators—those filing only one 1572 in 2020—make up the highest proportion (66%) of the global site landscape. Approximately one in four (23%) investigators filed two to three form 1572s in 2020 and 11% filed more than four form 1572s last year. But growth in the least productive principal investigator segment has remained flat during the past decade and the segment share of the total has been declining steadily. This compares to 3.2% annual growth for this segment during the previous 10-year period.

The most active principal investigator segments have been growing at a much faster rate: the segment comprised of those who filed between four and six form 1572s each year has grown 5.2% annually since 2010; those who filed seven or more form 1572s have grown 8.6% annually during that same period.

The rest-of-world segment—which includes the highly populous areas of China and India—has lost the largest share of total FDA-regulated principal investigators. The shift is due in part to drug development sponsors having difficulties dealing with legal, regulatory, and health authorities and limited oversight and investigative site infrastructure there. The growing proportion of investigators based in North America, and the sustained proportion in Europe, confirms sponsor and CRO preference for placing clinical trials in more mature and established regions during the past decade.

And similar to that observed 10 years ago, turnover rates among the least-active principal investigators—those filing a single 1572 form each year—are the highest, with approximately half choosing not to file again.

As we continue to move into a post-pandemic operating environment, new benchmarks and measures will inform trends in the global investigative site landscape. Once data from 2021 and later years is published by the FDA, the fate of novice principal investigators can be quantitatively assessed. In addition, we look forward to documenting the ongoing impact of virtual and remote support on traditional clinical trial execution models. 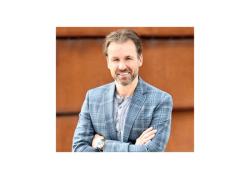