Medicines in Development For Cancer

John W. Hubbard, PhD, FCP, Global President, ICON Clinical Research, had shared in an interview conducted in 2009 that ICON was seeing increased activity in the oncology space and had in fact added three more oncologists to its corporate staff in the United States. Exploring the reasons behind the increase, as well as the apparent, but not wholesale, migration of oncology trials from academia to mainstream trial venues, Hubbard noted the toxicity shift in medicines available for cancer treatment. "The older drugs were very toxic with side effects that needed to be managed," said Hubbard. "With the newer drugs, they are more targeted and the side effects aren't as bad. And there are more of them, so they are moving into a traditional drug development model."

In fact, in a recent survey from US Oncology, 53% of the respondents felt that recruiting patients to clinical trials for targeted therapies will be less difficult than large-scale randomized trials of more traditional cytotoxic therapies. The survey respondents included a mix of oncologists (67%), and the balance clinical research professionals (33%).

The US Oncology respondents believed that subject recruitment for clinical trials is most successful at academic medical centers (AMCs), and the reasons given in order were: better patient acceptance, large patient population/database, and more staff.

Meanwhile, getting trials up and running remains a two-fold problem, one that AMCs may need to heed. The US Oncology survey found that regulatory red tape was the primary cause that slowed down a trial's approval. Couple that with another study from KMR Group on site contracting practices, which found site contract approval time is five to six weeks on average, but double for an oncology trial, with problems specific to start up. KMR Group attributes the lengthened oncology time to both a greater tendency for those studies to be conducted at institutional sites, which tend to take longer, and the greater complexity of oncology protocols, e.g., due to patient issues. 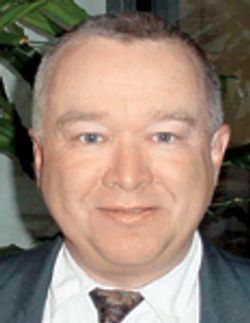