The new digital technologies used in clinical trials raise important ethical issues that warrant serious investigation, according to the European Forum for GCP (EFGCP), whose special 20th anniversary congress-to be held in Brussels, Belgium, in January.

The new digital technologies used in clinical trials raise important ethical issues that warrant serious investigation, according to the European Forum for GCP (EFGCP), whose special 20th anniversary congress—to be held in Brussels, Belgium, in January—will address the subject.

Brussels is the home of the EFGCP, whose annual congress will take place in the city in late January. Source: GMB Brussels Branch

"The technologies are shaping our healthcare and research," noted a statement from EFGCP. "For healthcare professionals, their use must morally be founded on research; they cannot and should not escape close scrutiny. For ethics committees, the fear of the new must not be grounds for unwarranted hostility or even unfavorable review."

The conference organizers think the following questions require urgent answers: What can these technologies offer research to improve healthcare? Are the ethical issues any different in this research? How can quality be ensured using modern technologies? How can such research be regulated when it crosses all regulatory boundaries? Is care using these technologies inclusive or exclusive? What is the patient's perspective?

The EFGCP is a non-profit organization that was founded during a conference at the European Parliament in 1993 with the support of the European Commission. It serves as a think tank for discussion, research, and critical evaluation in the development of European health research, and aims to promote GCP and encourage the practice of common, high-quality standards in all stages of biomedical research throughout Europe and globally.

"For 20 years, the EFGCP has acted as a forum to bring all parties with an interest in healthcare research together and debate current topics," continued the statement. "Each year, EFGCP organizes international conferences in Brussels focusing on vital topics related to GCP. Year after year, with the help of its working parties, EFGCP has initiated thought-provoking forum discussions."

The ethical principles and practical aims in promoting health expressed by Klepsch remain at the core of the EFGCP's activities. Also, in the final presentation to the EFGCP European Conference on Clinical Trials & Ethics held at the European Parliament in Brussels on September 29-30, 1997, Nicole Biros of the Director General's Office at the World Health Organization (WHO) acknowledged "the particularly valuable contribution to WHO's work for global health" made and required by such activities.

"Geographically located in the heart of Europe, EFGCP places itself in the center of a pan-European effort to create a single area for clinical trials that concern 700 million people," according to the forum website. "EFGCP is striving forward to make patients anywhere in Europe feel they can confidently get involved in a clinical trial. EFGCP is a forum open to all those who want to contribute in Europe and globally to the best possible conditions for good clinical research." —Philip Ward 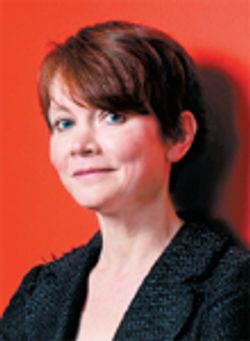 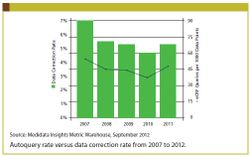