The story of two very different companies' transition to electronic.

EDC continues to be a topic of discussion and exploration for many companies involved with clinical trials. While surveys of last year noted that EDC implementation had arrived, implying a static event, the truth is that EDC is an ongoing process of implementation, learning, changing, and upgrade.What else is true is the high number of companies that truly are making that move from paper-based trials to eClinical trials with EDC.

Applied Clinical Trials spoke to two people responsible for EDC and data decisions at their respective organizations: one a European-based pharmaceutical company; the other a small, start-up medical device company, also based in Europe. Their products in development are different, the size of their organizations are different, but when push came to shove, both realized they needed the function of an electronic Case Report Form (CRF). And each has found numerous benefits in using the Web-based solution they chose.

EDC implementation is a journey, not a destination. What was good two years ago becomes archaic, then companies move to the next level of innovation. In that journey, LEO Pharma is no exception. LEO Pharma, a Denmark-based independent research company, focuses on dermatology, coagulation, and nephrology, and has offices in over 40 countries. Currently, the company has five active studies, with an expected 12 by year's end. Applied Clinical Trials spoke with Alastair Clewlow, head of clinical data and document management at LEO Pharma regarding its EDC journey.

In 2001, the company realized its old system would be unable to keep pace with new quality validation requirements, setting the stage to purchase a new, commercial product. Based on previous difficulty in collecting data in one format from multiple CROs, the company chose Oracle Clinical.

At that point, its clinical trials were still paper-based. "We were aware of EDC/RDC. We knew we wanted to eventually adopt RDC/EDC because of the ability for collecting quicker and cleaner data. We were also aware that RDC [remote data capture] was a component to Oracle Clinical, but we weren't sure how easy it was to get it up and running," explained Clewlow. Because RDC is integrated into Oracle Clinical, it was easy to launch and left the company only to develop the processes required to move from paper data collection to remote and electronic data collection among the varying sites.

The company deployed Oracle Remote Data Capture in 2005 and achieved benefits including the elimination of in-house data entry; no expenses for printing, distribution, and filing of CRFs; and a decrease in last patient visit to database lock from six to 12 weeks to one to two weeks. LEO Pharma has kept pace with Oracle's updated RDC versions. But it is Oracle's latest version, RDC 4.5.3, that has left Clewlow impressed.

"It's no secret that the PDF technology in Oracle RDC has been difficult to troubleshoot," said Clewlow. These issues were related to Adobe Acrobat reader and plug-ins. RDC 4.5.3 is HTML-based, so implementation of software is no longer an issue and sites only need their Web browser for access. According to Clewlow, the functions and features between 4.5.2 and 4.5.3 are not significantly different, and users were allowed to use the old version even with the availability of the new. There was no overnight migration and this allowed LEO Pharma's CRAs and sites to switch over to the HTML-based version when they felt comfortable.

Clewlow says they have seen significant benefits already with the new version. The CRF pages are opening in approximately half the time. "We did approximate timings on how long it took to get in the system, open, log in, and enter data in the new version versus the PDF. Speed is dependent on a number of things including the local PC, internet access, but we are seeing quicker open rates," said Clewlow.

Another measure Clewlow took was of the amount of time it took data to be entered after the patient visit. With the old version, 85% of the data was entered within one week of the visit. That number has now jumped to 95%. This finding, however, can't be solely attributed to the new version.

At the same time it moved to RDC 4.5.3, LEO Pharma also redesigned its CRFs. In another by-product of moving from paper-based trials to etrials, the company discovered it was including a lot of "white space" and unnecessary information into the electronic CRF. For example, Clewlow said in one dermatology trial, there was a page of detailed definitions for the assessment of disease severity. In using a paper-CRF while sitting with a patient, this might make sense looking for definitions and flipping through pages. Translated to electronic, however, led to a lot of time spent scrolling through unnecessary information. "Those definitions can be found in the protocol, or presented elsewhere," said Clewlow. "By getting rid of them in the electronic version, the CRF is actually 75% less in size." Adopting features that electronic offers and not just replicating the paper process is another factor of the EDC journey.

A final note to the bookmark, hyperlink process for the Patient Data Reports collected for submission. Clewlow noted that version 4.5.3 has all the bookmarking and hyperlinking capability needed. "Previously, it took easily a month to do the scanning and treatments for a paper-based trial. That in itself pays for the upgrade," says Clewlow.

"Two years ago, the EDC market leaders may have had better products and features," said Clewlow. "But now Oracle's latest version compares well to them."

EDC Goal: Move from paper-based CRFs to eCRFs on a Web-based system

For this medical device start-up, its first foray into EDC began with a six to nine month evaluation period of about 12 EDC products. In the end, Retina Implant AG decided on OpenClinica, an open source software with open standards. "I thought it was the easiest for a start-up. We could use open source and host it ourselves on our server," explained Anuschirawan Hekmat, PhD, vice president of quality management & regulatory affairs at Retina Implant AG. "We could build, modify repeatedly, and use our own CRFs. Ease of use with OpenClinica was the major feature."

Not to mention the cost of hosting fees. For Hekmat, numbers of $50,000 USD a year to host its EDC system seemed more in line with the big pharma companies and their larger budgets. For the German medical device start-up, the money spent on purchasing a Web server, hiring an IT consultant to set up OpenClinica, and investing in future training seemed more practical.

Last summer, Retina Implant started using OpenClinica for its latest trial, which is comprised of 11 studies. Currently, five of those studies have acquired subjects and are up and running with the OpenClinica CRF process. Randomization of study subjects are done outside OpenClinica, as it doesn't have this feature. So far, Hekmat is appreciative of the flexibility of the platform, its ease of use among the global site staff, and the ability to view data in real-time via the Web browser.

Hekmat believes the flexibility to create, edit, and upload the CRFs to the sites is crucial in the European medical device world, which is predicated on incremental proof-of-concept studies. In 2003, Retina Implant AG was founded with the goal to place the first fully functioning electronic retinal prosthesis for visually handicapped and blind people. "In the United States, the IDE is based on the model and the design is frozen. Then they test it in trials. With our retinal product in Europe, we test it in one patient at a time. It is in controlled use and we do the changes in pilot trials and make changes quickly, but in a controlled fashion using a process validation and qualification model" explained Hekmat. "With our product, people who were totally blind are able to see a white plate on a black tablecloth. But it won't stop there, we want them to be able to read a large print newspaper." For Hekmat, the versatility to obtain clinical data is what is going to get the company to that point with its subjects.

Hekmat describes the use of OpenClinica as "self-evident." "For the sites, it's easy to set up the trials. One form follows the other and proceeds from there. It is obvious to set up the case report forms," says Hekmat.

Rapid data analysis by viewing eCRFs in real-time is also a plus. The data is exported into Excel, which factored into Hekmat's decision for OpenClinica. He wanted an application that would be easily integrated with other applications, and believes the Excel avenue offers that. The rest of the studies at Retina Implant are currently paper-based, and will be moving over to the eCRFs soon.

Hekmat recently took some training classes at Akaza Research's Cambridge, MA, facility, although he maintains it is possible to use OpenClinica without training. He believes the online support manual and SOPs offer the installation recommendations needed to get it up and running easily. However, he also said that there is the potential to run into problems if you don't use a specialist to set up the system.

Akaza Research provides the open source software and provides support, training, and consulting services to users of the free software. Ben Baumann, director of business development at Akaza, says that it is the smaller biotechs, sponsors, and CROs, as well as academia, government, universities, and cancer centers that are registering to download OpenClinica at www.openclinica.org. "The price point is accessible," said Baumann. "It allows them to be more competitive to do research when they have their own systems." —Lisa Henderson 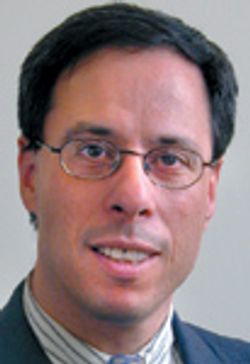 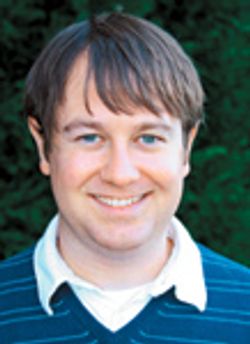 Outsourcing's Evolution from Commodity to Partner