Into the Aftermath of M&A

Mergers and acquisitions volume is way up, but have they fulfilled their intended purpose?

The rationale for M&A transactions seems straightforward enough: Large and mid-size companies typically pursue mergers and acquisitions to build up their pipelines and to strengthen their market positions. Small sponsors have traditionally pursued being acquired in order to secure more capital for R&D investment or as an exit strategy. But in practice, mergers and acquisitions appear to either fall short of expectations or to impact drug development spending and productivity in unintended ways. Speak with anyone who has lived through a merger or acquisition and you'll receive an earful of experiences and anecdotes supporting this statement.

Earlier this year, my Tufts Center colleagues and I conducted a study to quantify the impact of M&A transactions on drug development spending and productivity. We analyzed transactions announced and completed between 1998 and 2004. Our findings shed some light on what happens to drug pipelines and R&D spending post-transaction and offer insight for sponsors, CROs, investigative sites, and financial professionals into forecasting and anticipating the impact of M&As.

Tufts CSDD analyzed development pipeline and spending data from published sources on 24 of the total 26 major independent transactions among 41 merged and/or acquired companies completed between 1998 and 2004. Major deals were defined as those that exceeded $1 billion in transaction value among publicly-traded independent entities. Two transactions were not included in the analysis because one was acquired by a larger company during our observation period and the other lacked sufficient data to allow for our detailed analysis. Also, organizations that are subsidiaries of diversified holding companies were not included in our analysis.

In order to understand sponsors' development pipelines and spending practices prior to an M&A transaction, my colleagues and I looked at published development data for each of the companies involved nearly two years before the transaction announcement. We then compared that retrospective data with pipeline and spending data two years and four years after each transaction was announced.

Transactions were also organized into subgroups: "Large" versus "Small" acquirers, for which the former group had to include one of the 20 largest pharmaceutical companies by revenue at the time of the merger; and "Mergers" versus "Acquisitions," the latter being defined as transactions implemented by buyers whose annual revenue is more than three times larger than that of the acquired party.

Companies that go through a merger or acquisition consolidated their portfolios, particularly transactions involving smaller companies. Pipeline consolidation was likely due to a number of factors. Following a transaction and during the integration period, companies tend to trim their portfolios to free-up and reallocate resources. Projects deemed noncore and marginal are the first to be cut along with those that lack an internal champion or have not been adequately resourced.

The typical biopharmaceutical company saw a 6.4% annual increase between 1998 and 2004. But companies that went through a merger or acquisition saw a significant 2.9% annual decrease in the number of drugs in their development portfolios from two years prior to four years after the transaction announcement. This decline was most pronounced among merged and acquired companies in Phase III, where the number of drugs dropped nearly 7% each year. For the industry benchmark the number of drugs in Phase III studies saw relatively flat annual growth (0.5%) between 1998 and 2004.

Merged entities consolidated the number of drugs in the pipeline overall and in early Phase I studies. Acquisitions on the other hand saw substantially higher annual growth in Phase I activity compared with merged companies and the industry benchmark. The number of drugs in Phase II development for companies that merged grew at annual rates well above industry benchmarks. Both merged companies and acquisitions consolidated their Phase III programs.

Annual growth in R&D spending is substantially higher for companies that have gone through an M&A—particularly smaller acquisitions—compared to that of the industry benchmark. Following the completion of a transaction, the combined organization must confront integration challenges, resource uncertainty, and operational instability.

During integration, drug developers tend to reallocate a higher proportion of their financial resources outside of R&D. As a result, they must rationalize their portfolios in order to adequately invest in priority projects. Companies may also be allocating more resources and time to leverage the value and synergies of the combined entity after the transaction is completed.

Compared to industry benchmarks, merged and acquired companies have higher Phase I and Phase III failure rates and higher success rates in Phase II. Merged and acquired companies have trimmed their late stage portfolios and therefore development risk is spread across fewer candidates. Higher attrition rates may also be due to integration uncertainty, particularly personnel turnover associated with M&A transactions and other resource allocation issues.

Under the current economic environment, large and mid-sized pharmaceutical and biotechnology companies are bullish about finding acquisition bargains. Company valuations are low and many smaller organizations are desperately seeking capital. In turn, larger, better-capitalized organizations see a buyer's market for enriching their pipelines and their R&D talent pool and capabilities. Our recent study begins to quantify the impact of M&A transactions on portfolio and R&D spending growth. 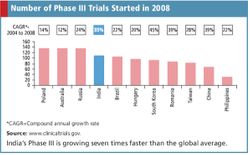 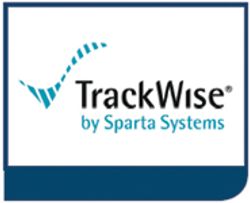