CDER official comments on the significance of ICH's new alternative path for identifying the cardiac safety issue of QT prolongation in non-cardiac drugs.

In December 2015, the ICH updated its E14 Guideline Q&A to define an alternative path for identifying the cardiac safety issue of QT prolongation in non-cardiac drugs. This is the most fundamental revision to the Q&A of “The Clinical Evaluation of QT/QTc Interval Prolongation and Proarrhythmic Potential for Non-Antiarrhythmic Drugs” since its implementation in 2005.

This alternative path-call it “concentration effect modeling”-relies on intensive, high quality ECG analysis and the use of exposure response modeling to determine the extent of QTc prolongation. Proof of its validation is FDA’s acceptance of this approach in lieu of a TQT study earlier in 2015.

Applied Clinical Trials spoke with Norman Stockbridge, MD, PhD, Director of the Division of Cardiovascular and Renal Products in CDER’s Office of New Drugs, about this development. Stockbridge noted that it has always been a known that TQT studies are inefficient. He said, “It led to sponsors doing a separate study instead of piggybacking onto an existing study. Then because it was a special study, it was only conducted late in development. Also, the previous by-time-point analysis doesn’t use all the information; it just uses the information where the QT interval is the worst.”

However, getting to a new approach that also had an acceptable confidence level for the older TQT approach, took time In the end, Stockbridge says, FDA asked for a trial that formally compared the two approaches. The Cardiac Safety Research Consortium (CSRC) and IQPharma members initiated the IQ-CRSC study, of which the FDA was heavily involved in the design. 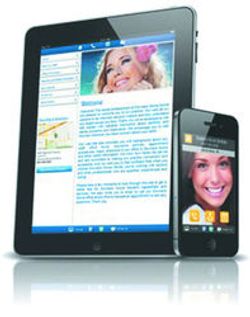 Bring Your Own Device for Trial Outcome Assessment